Pregnant? These 10 indications show that you are pregnant. 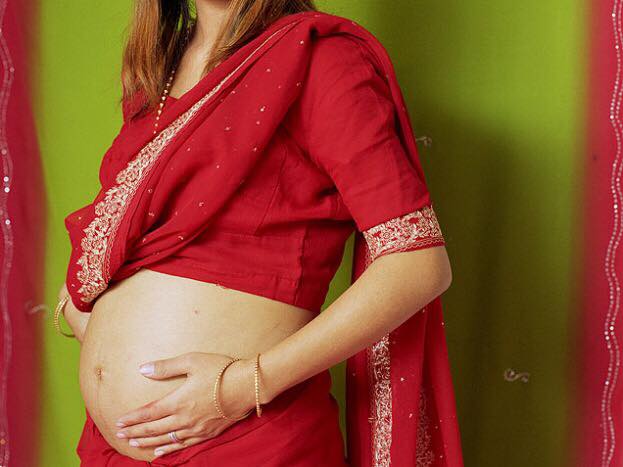 If you know your body very well, then you will probably soon after conception suspect you may be pregnant. But most women notice early pregnancy symptoms only when the fertilized egg has nested n the womb, means a few days after fertilization. Other women just start wondering after a missed period, whether they are pregnant.

Here you will find a list of the first signs of impending motherhood. Maybe you are going through all or some or actually also none of these symptoms.

Certainly, it’s a cliché, but sometimes sudden cravings for food can be a sign of pregnancy. But do not count on it, because it is by no means a clear symptom (anything can arise in wishful thinking, or simply only suffer from nutrient deficiency). But if the appetite occurs in conjunction with other symptoms on this list, then you should recalculate how long ago your last menstrual period took place.

2. Your areolas are turning dark

If the skin around the nipples becomes darker this could be a sign of pregnancy. But, it could also be a sign of a hormonal disorder that has nothing to do with a pregnancy or even stems from a previous pregnancy.

About eight days after ovulation, it could lead to a implantation bleeding, sometimes associated with mild abdominal cramps. To the date of the next menstruation you could also have dark discharge. Minor bleeding in early pregnancy are therefore normal, but they are not as strong as a normal menstrual period.

If the embryo has nested in and produces the hormone human chorionic gonadotropin (HCG), you will feel the need to go to the bathroom more often than usual.

Are you tired? No, we prefer to say, you’re exhausted. Large amounts of the hormone progesterone make you feel like you just ran a marathon, even though you’ve just spent a normal day at the office. Fatigue is the most common indicator in early pregnancy but not a sure symptom.

During pregnancy, your breasts are very sensitive to touch. This is comparable to the sensitivity before you get your period, only stronger. Once your body has become accustomed to the hormone surge, the pain will subside.

If you’re lucky, the infamous morning sickness will just cause you annoyance a few weeks after conception. But a few days after fertilization you could feel quite queasy and uncomfortable. And this is not just limited to the morning, but it can also occur at noon and at night. You will also notice that your sense of taste changes. Some women claim that they have a metallic taste in the mouth, suddenly another taste of coffee, tea or they also cannot eat their favorite food anymore.

8. You have a high basal

If you are measuring your basal body temperature (the temperature in the morning just after waking up) and you find that these 18 days temperature is consistently above the normal temperature, then you are most likely pregnant.

If you get your period more regularly and it fails now, you should take a pregnancy test. A missed period is the surest sign of pregnancy if the woman is of childbearing age and normally menstruating regularly.

If you have been waiting for the test to the calculated first day of your missed period and the test result is positive, then you are on the way to start a family. Make an appointment with your gynaecologist to have him confirmed the result.

Is it the right time for you to have a baby?