You love your man, and he loves you as well, but never can the two moods be ever in a state of balance. Today’s world is a busy world, and so is one’s life. Stress, exhaustion, busy schedule are the distinct reasons which someway or the other slowly intends to diminish your vigor. As a girl you have your fanciful desires of getting intimate with your man but sadly enough he might not be in that active mood so as to respond to your crave. The more you long for his closeness, the greater the possibility of him postponing the affair every single day.

Feeling restless with your man’s behavior? Try out this quiet sexy gestures to arouse your man even if he isn’t in the mood and re -live the moment once again in a romantic saga. Here’s how to arouse a man.

COMFORT HIM WITH A BREATH EASY MODE

As girls you are always ready to do anything to make your man happy. After a long day’s hard work when he returns back home half of the energy goes wasted because he looks extremely fatigued. This is perhaps one of the best way to arouse his mood when you see him worn out. Just make sure that you act as a helping hand in wiping out his tiredness either through a hot/cold beverage, a home made cuisine and at the most sacrificing your favorite channel by handing him over the remote as well! In the process ask him if there is anything which he would like you to do for him at the present moment. This will relieve him of his stress, and the relaxation that would take place thereafter will be the perfect buzz for arousing his willingness.

GIVE HIM A BACK-RUB HIM WITH WARM OIL

Well nothing seems more sensual than ever before to offer your man a hot oil massage to get him back in his mood. I doubt if there’s any exceptional guy who would refuse this cozy relaxation. Take him to a neat and clean room, turn on a soft romantic music as a background score, open his clothes, gently make him laid down on a soft couch and slather him up with oils. As you run your hands all through his body he will be arousing a passionate urge from within. If possible you too can remove your clothes halfway though, to heighten the ambience. Subsequent to his oiling up for you, there’s no means he can turn down your lascivious mood.

OPT FOR A TITILLATING OUTFIT

More than women men are no doubt very perceptible. If he somehow sees you in a sexy outfit, or rather a slickest work wear, or the most in a state of wildness and beauty he cannot take his eyes off you, and within no less time he will definitely bump into you. In order to add an extra charm to the mood why don’t you opt for a candlelight dinner, or offer him his favorite drink and make him sip the glass with your own hands by wearing the sexy nightwear. When he will see your sensuousness he too will be an active participant to that wild mood as well.

WHISPER INTO HIS EARS YOUR DESIRES

Be cozy with your partner and rest your head on his shoulders. Look into his eyes and kiss him on his forehead. Then gently bring him closer to you and in a hushed tone murmur into his ears what exactly you want him to do for you in a private space. This moment is the perfect timing for arousing his mood, since he has already begun to visualize the wild fantasies dropped down into his ears. As your breath increases so does his sensitive feelings to take you in his arms straight away to the bedchamber and escalate the seduction.

TURN ON A SENSUOUS MELODY

Always remember that ambience plays an important role for heightening the crotchet. In order to execute things as planned by you, make sure that the room is a bit unilluminated, and somewhere in the corner turn on a sexy music to make the situation more sensuous. You can also tune in to the mix tape of love songs which you had previously dedicated to him either on your first date, or your first night with him. Let the songs act as a nostalgic mode so that he reminisces about the cozy moment spent between you both, and relive the moment by following the step to step flashback moments once again with you at the present moment.

SHOWER HIM WITH DREAMY KISSES 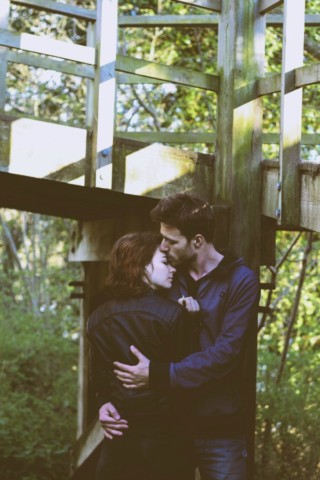 Walk up close to him, unbutton his shirt and shower him with lingering slow moving smooches, abruptly leaving him in the middle with all the delicate kisses all of a sudden without saying a word or two. This deed will definitely make him blown away followed by a sudden thirst and interest to know what further something amazing you have in reserve just for him. This provoking expression will unfailingly arouse your man.

TEXT HIM FROM SOME OTHER ROOM

Though under the same roof yet sending texts to your man from another room is a pretty interesting way to arouse his mood. When you will see him engaged in a task, simply go to your bedroom, and if possible remove your clothes and text him enduringly by staying up for him in bed. At this moment his curiosity will double his random thoughts for he will be left to wonder regarding what exactly you are doing inside and waiting for. You can also send a quick snap of yours to him in order to make a sight of your absolute stunning look while on bed. No doubt, he will leave his work and go gaga over you.

Perfume as a weapon of temptation and attractiveness endows to your confidence and as a result to your allure.If you have a fanciful desire to make him turn on you, just make sure you wear one of his favorite perfumes so that its strong fragrance spreads and vaporizes all throughout the room till its essence reaches his nostrils. Not only will he be seduced to the smell, but at the same time also groove on the fact that you are gracefully endeavoring yourself to get him in the steamy mood.

REMIND HIM OF THE FIRST TIME YOU HAD SEX TOGETHER In order to spice up things in an enticing way just carry out a casual conversation with him regarding the first time hour when you both had sex. Show him through your body language how delightfully you had enjoyed his first passionate touch. Make him understand how you wait for that intimate moment that had taken place before and how you want to experience the same touch of his again and again. If he went wild and naked then banter of the details of how ravishing, tempting and pleasant your first sex night had been. Speak of what you both did within the four walls and allow this recollection act as a savior for the lost mood for he will be too restless with the previous thoughts and want to do it all over you once again.

ALLOW HIS HANDS TO DO THE IMPERATIVE

In spite of endearing your man is he still not in the mood to arouse his passion for you? Well if this is the case, then as a matter of fact get really warm and close. Embrace him for a short time and then gently carve out his hand all through your body by making him touch at those places where you really want his fondling. This intimation will not only astound him but at the same time turn on his fancy enabling him to visualize how seductively can your hands and fingers rouse the sensuousness to grab hold of his lady.

TURN OFF ALL THE GADGETS

Men does have the tendency to get diverted easily. It’s surely a common scene quite noticeable that whenever your guy is free he either ends up fiddling with his phone, playing video games, or else watching him favorite show to such an extent that even a slight call from you disturbs him a lot. Hence, it’s high time ladies when you should focus his attention out of the juke box and cell phone solely towards you, by turning off all the gadgets. This moment should be less of an argument and more of an action for you havegot the upper hand to draw him towards you. Turn off all the electronic devices and simply move up on his lap and plea that he be advantageous to you. The not so happening mood of his will definitely change into an amour in no less than an hour.

So, follow this easy steps and allow your man to score on you!