So you don’t want to commit. You want to realize who and what stirs the chords in your heart. It’s just too early to settle with whomever you meet down the road. It’s just too soon to decide. You’ve got a long way to go before you know.

So let the explanations go to hell. Who are ‘they’? They don’t know you. You do. Keep being you. They’ll learn to know you. Let that desire in you to taste the thrill of life keep burning, in complete liberty devoid of emotional restrains. You want to take responsibility for just yourself and nobody else. You have the right to love yourself and just yourself.

Let your love for you and the strength of your own decisions about your life bypass these issues:

THERE IS NOTHING CALLED CASUAL DATING THEY SAY

There are so many different kinds of relationship that can develop between two people. It doesn’t have to be simply romantic or just platonic. A relationship can be romantic and not the least sexual, whereas the person you hardly share a romantic bond with apart from the occasional times you meet and get intimate with could be the one who understands you better than the person who nurtures romantic feelings for you.

IT’S EITHER A HOOK UP OR A COMMITTED RELATIONSHIP

“Why do you guys hang out together every weekend and talk over the phone till dawn, when you claim to not be in a relationship?”

“So you guys just meet once in a blue moon, make love, have a great time, text occasionally and forget that one another exists for the rest of the month or maybe months and you say it’s more than just a hook-up?”

Why can’t there be an in-between? An ‘in-between’ full of mystery, uncertainty, complexity, having a potential for adventure, calling out to be solved and unravelled. It doesn’t always have to stop at either black or white. There are so many different shades to the spectrum that are to be explored.

THEY TRY TO SET YOU UP None of your friends are able to digest their food unless they are done setting you up. You’ll be pressurised to get together with this guy you’re seeing especially if your friends are in committed relationships themselves. Sometimes you get so fed up that you’ll stop seeing the person altogether or even end up getting together with the guy, against your wishes only realizing later how wrong you were in your decision making and end up breaking up, hurting people even more.

“Yeah we’ll see two months down the line from here”, your friends say, when you discuss this casual date of yours with them. You can’t seem to get it across to them that there’s nothing mushy going on. You just like this person enough to want to hang around and spend a lot of time with them. It doesn’t mean that you are looking to commit or will be carried away into committing. You simply know what you’re up to and how you view concerned person in your life.

Everybody will get on their toes to make you pro-commitment. As though you’re missing out on life and you’re misinformed about the certain ways in which you’re supposed to act with and commit to a person you like.

THEY TAKE YOUR PREFERENCES AS A CHALLENGE TO THEIR OWN LIFESTYLE

They take offence, the ones who are in happy relationships. Emotionless, non-believer of love, selfish is how they think you are. Your response towards relationships is an insult to commitment. You don’t belong among them.

THEY THINK YOU HAVE DEEPER AND COMPLEX ISSUES They will start to sympathise with you, believing you have deeper issues that you’re dealing with, such as daddy issues or other such issues which are holding you back from committing. But the truth is you are just not looking to stop exploring. You are not ready to commit for your own good reasons and it isn’t depriving you of anything whatsoever.

THEY COMPLAIN ABOUT YOUR PUSHING AWAY PROSPECTIVE MATES

“You won’t get a guy as good as him.” “Why are you letting him go?” …because I’m not planning to get married already. I want to pay attention to myself, build a career and fulfil my own personal desires. I am not capable of taking emotional responsibility for anybody right now. If someone has to stick around they will. I don’t have to convince them to and if they can’t I’ll let them go, because I can’t prioritize their expectations, over mine. I am more important right now and I am not letting go of my needs for anybody else.

No you’re not liable to do anything that doesn’t come to you naturally. He’s doing everything that he is because it comes to him naturally. He isn’t forcing it for your sake. Then why should you? As long as you acknowledge his efforts, and respect him you’re doing nothing wrong. An understanding and a matured human being will know what you’re capable of and accept you for the way you are. You owe nothing to anybody unless you want to and hence you don’t need to commit because you think that someone is treating you way too well.

We can’t force feelings to grow within us. Feelings develop naturally and that is what is most beautiful about it. We need to let things take its own course. There shouldn’t be any pressure from anywhere.

YOU CAN’T MEET PEOPLE WITHOUT AN OBJECTIVE IN MIND

Have you ever wanted to meet somebody without having any plans in mind? Just meet somebody out of the blues, go for a drive, get wet in the rain, sit next to each other and talk like you’ve known one another for days; maybe grab some food or a couple of drinks and then have you felt like kissing his lips and dancing with him throughout the night without thinking of the consequences?

Have you ever wanted to live just for the moment forgetting about the past and not giving a heed to what’s in store for you in the future? That is how you know you’re enjoying the journey without stressing about the destination. Why does everything have to go according to the usual norms, where you go on a date or two and then decide as to whether he wants you just for a hook up or a serious relationship? Go with the flow! Falling in love cannot be planned. If you have to fall in love you just will and if you have to hook up you will. You’re just looking to have fun. You don’t know what you want. You’re living in the moment; going on a drive for the sake of the drive, having late night conversations for the sake of the conversations and not to get him laid. 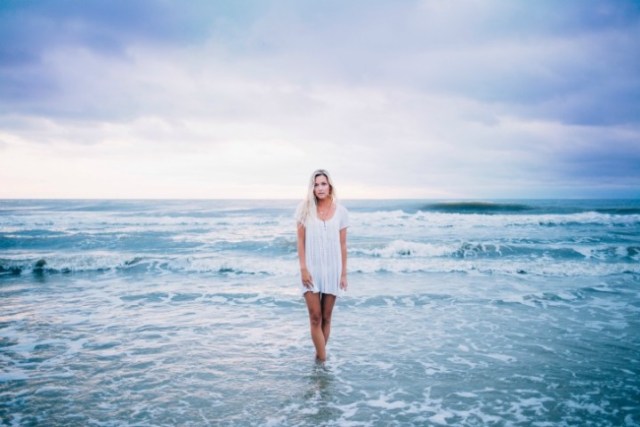 You go shopping with this guy instead of your girlfriends, you spend talking to him over the phone, sharing about your daily happenings in life but you still say that you guys are just friends. They find it hard to believe because a man and a woman cannot be so comfortably close to one other unless they’re romantically involved.

You feel as though you’re confused about your life, when you realize that you want is neither a hook up or a committed relationship. You feel as though you have to choose between one and you find yourself standing absolutely nowhere. Both the choices seem like two extremes, none of which you’re looking for. So you ultimately decide to quit living life your way because it’s the ‘wrong way’ after all, as you’ve been made to feel. There is no in-between. You stop meeting people, and stop trying to get to know them because you’re afraid you have no explanations to give.

“Let us be single together” is what you wish to hear someone say to you. You wish to meet somebody who would understand you and see things the way you see it, so that none of you would need to give explanations to each other. Things would go as desired, where both knows how to respect one another’s private space, not asking for commitment, not wanting to know whether they are talking to somebody else at night after sending each other a good night message, because they’d know that if someone had to stay they’d stay without an excuse and if someone had to leave then there’s nothing that could change their minds.

Been there, felt and seen a bit of all that. How about you?

5 Signs that indicate he is not relationship material!