When we are dependent on someone, we are most likely to construct our lives around their terms and conditions. It is only when we are independent that we truly get to enjoy lives not really caring about other people’s judgments and scrutiny. Some people like to say that a happy independent woman is a myth. All I can say is those people are feeble-minded. Independent woman are strong, brave and live life to the fullest. They do not put themselves second and are self-aware about what they want in life. It is illogically assumed that independent woman land up being lonely. All I have to ask it aren’t there times when we are with n no of people yet feel lonely? All these assumptions are based on backward thinking and not bright minds. Happy independent woman exist and they exist super efficiently giving others life goals. Here are 17 habits of a badass independent woman who is not just happy but does inspire people around her to be self-sufficient.

She knows that she is self sufficient and that it is absolutely okay to go to restaurants alone. Restaurants weren’t meant to be visited together with someone at first place. She likes to enjoy her meal alone and therefore, doesn’t hide behind books or is on a call with someone while eating. She knows she is paying for every single calorie that she is going to eat, so she prefers to enjoy every bite.

She won’t sob if a guy doesn’t return a text after a date. She knows she is a catch and if the guy is not interested, it is his loss completely. She would move on quickly and not waste time waiting for his text till eternity. She would rather look for men who are certainly better than the previous one.

I mean who gets late when you have a flight to catch and you have been lazing around in your house the day before? To avoid such rants and procrastination, she choses to travel alone and let nobody kill the joy. Travelling buddies can sometime ruin the mood and spoil the trip completely.

She will never let somebody else to impose their opinions on her and would rather believe in her own decisions. She wouldn’t follow the crowd and will take her own route to reach her destination.

If the job is not rewarding and she thinks she deserves more, she will leave and chase better opportunities. She won’t keep blabbering about her problems and would rather be a problem solver. 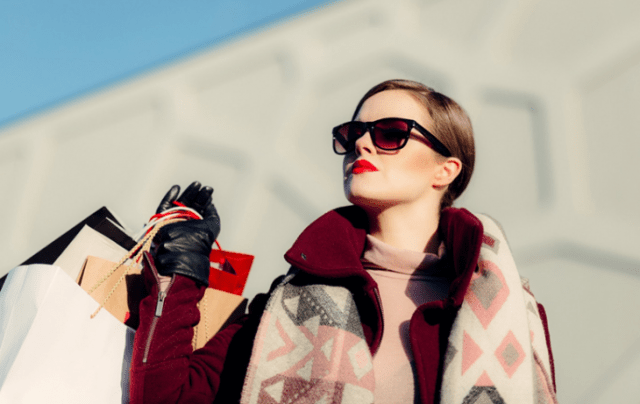 She won’t wait for someone to make her feel special. If she likes flowers and that brings her joy, she would buy them for herself. She knows that she does not need somebody else for such cute gestures.

It is her this quality that she never settles for average. She knows that she is a boon and she has colossal potential in doing good at work or in someone’s life and hence, she would never calm down at mediocre achievements.

She is well-read and she has a rationale behind her convictions and hence she will make sure that she is not misinterpreted. If somebody likes to take risks and argue with her, she knows how to kick someone’s ass.

Which means she never wavers and is totally going to kick anyone’s ass in any political debate.

If there is anyone who can spoil her, it is only she herself. She never equips somebody else with such responsibility and she likes to pamper herself.

Even if you insist a zillion times, the only thing she will come down to agree is a plit check. Else she will easily pay the bill and that will be enough to convey that she can take care of herself.

Of course, having dinner paid for is always a nice gesture, but she wants to make it clear that she can easily take care of herself.

She is a master in giving needy people a good lesson. She will make it very clear that she isn’t lending her shoulders to people who need reassurance all the time. She would rather prefer babysitting for real and earn some money than to babysit adults. If she wants to achieve something, she will work hard and let not anybody else come in between her ambitions. This simply means she will set her priority right. This does not mean she will disregard others as she is master of balancing differing avenues in life.

She is cognizant about her life and who she is. she doesn’t require somebody else to pen down her traits to describe her. She knows her apt introduction and she is well informed what she desires.

There is a difference between wanting and needing someone. She knows whom she wants in life and what she wants. She will never let a person be her need even though she wants him or her in life.

She is calculative about her actions and pay attention to details and hence, it is very rare that she is at fault.

Her mindset is such that she does not think of being someone’s girlfriend. She looks out for partners who are equally independent and confident as hers. She does not want somebody else to raise her and demands that her partner should be totally in sync with her both emotionally and financially.