How many times have you been told you were too old to accomplish one of your goals? Too young? Too weak or just not tough enough? If you’re a man, you’ve probably only heard that a handful of times, if ever. But if you’re a woman? You’ve probably heard it way too many times and, in fact, even once is too many times. Perhaps you’ve even told yourself you don’t have what it takes or feel your dreams are out of reach. Here are five Indian women who followed their own voices and let nothing stop them from climbing mountains, metaphorically and quite literally. Actually, there are many more, but we thought that the stories of these particular five are very well worth a mention:

Sangeeta Sindhi Bahl dreamed of climbing Mt. Everest and on her first attempt in 2017, she almost made it to the top before altitude sickness thwarted her quest. Sangeeta and her team had to be evacuated, but she returned to Mt. Everest in May 2018 and climbed all 29,029 feet to become the oldest Indian woman to ever scale Mt. Everest at the age of 53, and the first woman from Jammu and Kashmir to reach the peak ever.

The former Miss India finalist (yes, she is not only a very driven lady, but is also an inspiring beauty!) also applies that drive away from the many mountains she’s climbed as the Founder,

Before Sangeeta, Premlata Agarwal held the title of the oldest woman to Summit Mt. Everest at the age of 48. She fulfilled her dream in 2011, and she’s the first Indian woman to scale the the

seven highest continental peaks of the world, known as the Seven Summits.

With a list of mountaineering credits going back to 2004, Premlata’s been awarded the Padma Shri in 2013 by the Government of India and was recognized again for her mountaineering achievements in 2017 with the Tenzing Norgay National Adventure award.

On the other end of the spectrum, don’t tell Jaahnavi Sriperambuduru she’s too young to be a mountain climber. Mountaineering is in Jaahnavi’s blood as she started going on treks with her parents at 10 months of age. Nicknamed “The Mysterious Mountain Girl,” she has already garnered a long list of firsts: she was the youngest Indian to climb Australia’s Mt. Kosciuszko and complete the Aussie 10 Challenge of climbing 10 snowy peaks in just four days, the youngest Asian girl to climb Mt. Kilimanjaro, the youngest girl in the world to reach the top of Mt. Elbrus when she was 13, and, the youngest to scale Stok Kangri at just 12 years old.

Jaahnavi is far from done, however. She won’t stop until she climbs the highest peaks of all seven continents and travels to the farthest ends of the Earth, quite literally, by going to both the North and South Poles.

In the meantime, working as the youngest Mt. Everest Base Camp Guide ever, she’s training the Indian girls who will break her records someday, training and guiding a class of 28 students ranging from seven to 16 years of age. Jaahnavi also raises money for Girl Child in India to educate underprivileged girls and help them build life skills. She started her own NGO, Janjay Foundation, and as a spokesperson for the cosmetics company Dabur Gulabari, represents their #AmPrettyTough campaign to show even “girly girls” can be tough.

Her accomplishments earned her an invitation to be the first Indian-born Telugu girl to be invited to The White House. Oh, and one more achievement: She summited a virgin peak in the Himalayas that’s now named Mt. Sriperambuduru in honor of her and her family. Some say women are too weak to serve in the military, but Shipra Mazumdar can prove them wrong. As a major in the Indian Army, she also served as part of the women’s mountaineering team. This Bengali mountain climber scaled Mount Everest in 2005 with three other team members.

That made her the first Bengali woman to ever summit Mt. Everest, but there probably aren’t too many Indian women who have risen to the rank of Major in the Indian Army, either. Shortly after Shipra joined the military, it was putting together its “First Indian Army Women’s Everest Expedition,” and fate led her down a path that eventually took her to the top of the highest mountain in the world.

The rest, as they say, is history. Or should we say “HERstory?”

Archana Sardana may have grown up in a country where few women embrace adventure sports, but she continues to show she is more than tough enough to face any challenge she sets her sights on. She is India’s first female civilian BASE jumper, which was her gateway into outdoor adventure sports and becoming something of a daredevil.

The 46-year-old mom and wife of a naval officer took up mountaineering courses after getting her degree in interior design and computers. In addition to BASE jumping off of bridges up to 12,000 feet high, she’s a skydiver, master scuba diver, and mountaineer. Her dream? To combine mountaineering and BASE jumping someday to jump off Mt Everest.

While her passion may be unconventional in India, she has witnessed firsthand that’s not the case in other countries. While visiting the United States, she saw a large group of women skydive to raise money and awareness for breast cancer while setting a new world record formation in the air.

Archana has taken up using her skydiving to raise awareness for causes, as well. Her first skydive was in honor of a Blind Free India to encourage organ donation. The awareness raised by her skydive led directly to hundreds of military personnel signing up with the Armed Forces Organ Retrieval and Transplant Authority.

Not surprisingly, she’s also embraced women’s issues through an organization called Save the Girl Child for the betterment of women’s rights and to fight female foeticide. She plans to dedicate her Mt. Everest jump to that cause while she proudly holds the Indian Tricolour. For the

record, Archana says flying the Indian flag in US skies during one of her skydives is the proudest moment of her life so far, but she looks forward to flying her country’s flag on the descent from Mt. Everest.

Archana also dreams of women finding their power and says her “vision for Indian women is to break the glass ceiling and achieve greater heights, to prove to the world that Indian women are second to none.”

Archana has done that quite literally, but her drive and determination can inspire those who achieve great things with their feet firmly planted on the ground, as well. 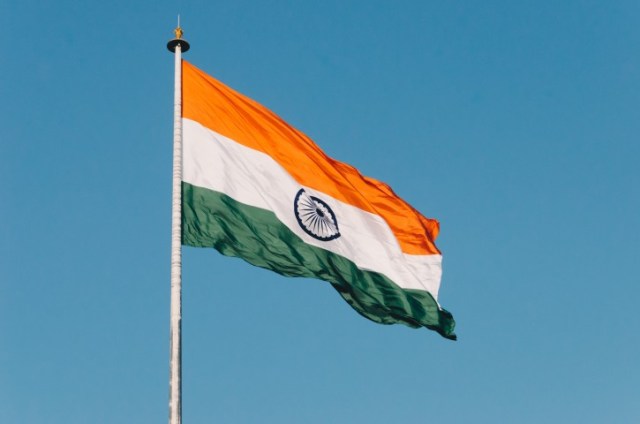 While many other women have scaled Mt. Everest, these five exceptional Indian women have shown that they are much more than mountaineers, athletes, and moms. They inspire us and show that reaching the top of the highest mountain in the world is just the tip of the iceberg for what women can achieve. You don’t have to climb Mount Everest to prove that you are a tough, driven lady. There are many ways in which to live life to the fullest – it all depends on who you are. But it’s important to know that it’s never, ever too late, too early, the wrong weather, the wrong time in our lives. If you want to accomplish something but you are waiting for everything to smoothly fall into place – it probably never will. Take the first steps to your own great mountain today – ready or not.