There are rarely many people you know who are truly genuine. In fact, look around yourself, you will find yourself mostly surrounded by fake people. While you could consider that harmless, you never know when you get caught in a web of deceit that it is difficult to get yourself out of it. Nobody wants to become fake. That is they don’t make the effort to. In fact, the society raises individuals to imbibe the fake character. While this was much less probably a generation back, fake people are almost everywhere now given the materialist nature of the world. All of us are so materialistically driven that we don’t even know what genuine looks like. While none of us can act like saints, there are still those who stand out better than the rest when it comes to maintaining their genuine character.  Utterly fake people can be really negative and not to mention, dangerous. Here are a few ways in which you could identify the fake characters that surround you and make wiser decisions with them.

They are self- centered

This is the most common trait in fake people. It is always about them. They believe that they should always be the centre of attention. they have too much to brag about, whether true or not. Being very great at presenting a rosy picture of their lives they try to brainwash you into thinking that they have a lifestyle that you can only think of in your dreams. So, the next time anyone tries to prove to you how they deserve all your attention, it won’t take you long to spot that fake person. [Read: 7 Signs you are selfish in the relationship!]

Fake people don’t really care whether you exist or not. So, when you meet them and they act like they have been dying to see you but never really bothered to ever stay in touch, you know that they are faking it. I am sure even you have made excuse with people out of formality but never really meant what you said. Realise what I am hinting at? We have all done that and yeah, that is fake!

They won’t bother to help you

Fake people will run miles away when you ask for help. When there is free stuff being distributed they are ever ready to give you company. Ask for some help, and they have plenty of excuses ready. You will never find them going out of their comfort zones to do something for you. You can never count on them when life gets tough for you, except when there is something heavily inclined to their favour. When they need your help they will do everything to such the advantage out of you and make it seem like you owe it to them. [Read: 3 Type Of Friends You need to avoid And How To Break Up With Them!] 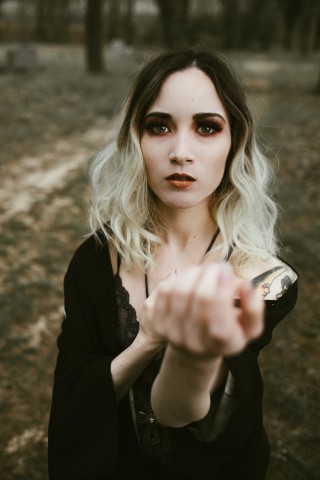 You must have come across people promising you the sun and the moon. But did they keep even the basic of promises? If no, they just wanted to please you for the moment and then forgot everything like they never said it. This hints at their fakeness because they don’t care about the problems caused to the person they promised to. Plus, their gossips have no end. Fake people just want to appear as the best person till the time their profits are being served to them.

They mostly stay in flocks

Fake people rarely have a firm standing of their own. That is why they thrive on the support of others whereas genuine people can take care of themselves without depending on others. They constantly need the support of birds of the same feather to survive. Keep them away from their phones or their supporters, they go crazy. Unless they get some validity from people they rarely breathe.

They are good at back handed complimenting

If you have had compliments like “Oh, you look so pretty but if you managed to lose some weight you would look prettier!” It’s both an insult an compliment at the same time. They actually never meant the “pretty” part. Fake people are great at being sarcastic. While they cannot accept someone being better at anything, they still try to be in the good books of everyone. [Read: 10 Signs that you have a desperate attention seeker in your group!]

They will take advantage of your kindness

You will find them around you till their work is done. Ask them for some favour, they act broke in every sense of the term. You will find them acting like they never have anything to help you with, but meet them somewhere unexpectedly, you will understand how they splurge money everywhere. You might be manipulated into thinking that you should be helping them but when you know the truth later it will only make you feel dejected at how you were taken advantage of.