Reading one’s mind is not an easy task, for the core concept of psychology is based on a deep-seated thought process. A man and a woman are two separate entities whose mode of assumption, impression, a line of thinking differs in their own individual ways. A woman might be delicate, tender and soft, but when it comes to their psyche it is the excess overthinking power which rules the mind. When it comes to love or sex, women usually come up with their own conclusions with regard to what the men in their respective lives, in reality, mean when they tell them things.  However, take a note of the fact that what women usually think men say and what actually the men say in return are entirely two different things which should not be mixed up.

This similar notion is applicable when you are about to get intimate with your man as well. As women we ponder over the thought that men think we look awful and fat, thereby making us to feel absolutely insecure while they in reality actually thinks we are charming and glamorous enough so much so that they simply wish to get all the activities going at a pace. Hold back for a while, and take a look. Because when you are completely in the breath taking moment, you put on one hell of a passionate, tantalizing show and guys just love to gaze at you. The thing is visual prompts are a crucial element of the sexual response for men. A women’s body has a fascinating and spellbinding influence over men in the course of sex act or otherwise.  So are you eager to know about what’s in actuality running through your guy’s mind? Here are seven things every man thinks when he sees you off clothes which also shows how a female outlook differs from their men. Now this is something interesting!

1)Your perception of his thought

“WHAO! THAT C-SECTION MARK IS UNPLEASANT!”

What in reality is he actually thinking

Girls are no doubt are excessive over thinkers. As a result of which they constantly brood over a particular thing even though the matter isn’t of that important. It’s quite understandable that you are highly attentive or rather say conscious of your insecurities because there’s hardly any person who isn’t. But have you ever thought of the fact that your screaming and yelling on seeing your own C-Section as ugly might not be apprehended in the same manner when your guy sees you naked? What I mean to say is that in all likelihood, he didn’t lay his eyes on your C-section scar, for he is less concerned about any pregnancy relic.It’s all about your own made up imaginative insecurity which a woman feel is simultaneously felt even by the guy as well. But remember it isn’t the case. Men are much less focused and observant of our recognized weakness than we think. So, whenever you come across this kind of a situation make sure you get out of your way those insecurities, feel assured in your skin and have a good time.Men are turned on by boldness, hence show off those parts you take pride in.

2)Your perception of his thought:

“I AM EXCESSIVELY UNDER STRESS FOR THIS NOW HONEY.”

That particular moment when you intend to take off your clothes, your guy isconcentrating only on one solething; and that is you and only you, or to be more precise, the thoughts running down his mind with regard to what he desires to do to you. There are many women who keeps on grumbling regarding their guy’s inattentiveness towards them. But it’s not exactly the case okay.The minute you undress yourself and go bare, the man with whom you are willing to get engaged into a deep intimacy eventually forgets about every single thing going around,because at that moment he is just focused on you and none. It’s a general truth, that men can envision only about one thing at a time. So when you are naked, feel relaxed because he isn’t engrossed over thoughts about refunding bills or making a phone call. Therefore, if you find this relevant enough undress yourself.

3) Your perception of his thought:

“EITHER WAIT, OR ELSE JUST GET OVER WITH IT!” 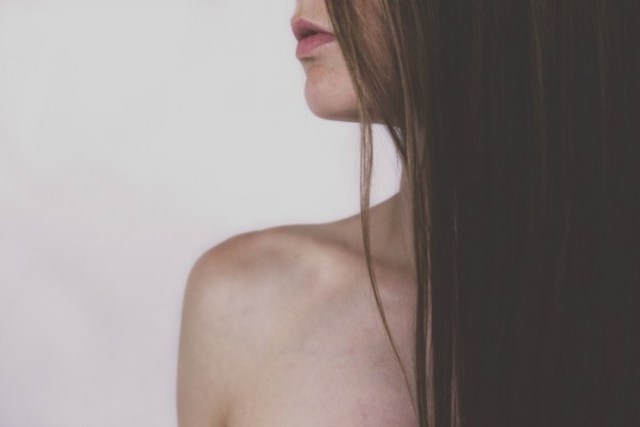 If on an average session, a sex doesn’t last longer which on all aspects you had expected as a woman, it doesn’t mean that your guy is trying to rush through it, or is on the merge of finishing it rapidly.On certain occasions, it is difficult for a man to hold back orgasm and this is perhaps the only reason that they try to recollect various other things in order to distract themselves and divert the attention. Therapists have also recommended that during this particular stage of sex it is quite natural that a guy would like to think of sports and other things so as to have the ability to reach the orgasm way quickly than woman. Once you take off your clothes in front of your man a lot of things passes through his mind.So if your guy has a game on his mind, do not overreact, because it is only through this tactic that he wishes to increase the intimacy of being naked with you.

4) Your perception of his thought:

“I HOPE SHE GETS DRESSED UP SOON.”

Frankly speaking, most men desire to remain naked in bed for a prolonged period of time, and it is us women who in no less than an hour wishes to wrap up their uncovered body either through bed sheet or something like that to make us feel easy and guarded.  Your guy might not stare at you every now and then, when you are indulged into the daily household activities, but always remember that he actually wants to see you comfortable in your skin. Therefore, whenever you will cook for him something delicious opt wearing only an apron or bewitchingly roaming around naked while he is watching the television. He just wont be able to take off his eyes from you! Hence, in a way what he means to say indirectly is that take pleasure in being nude, for it’s very liberating and you wont mind seeing her linger a little longer.

5)  Your perception of his thought:

“I WANT TO Do LOVEMAKING WITH YOU NOW.”

Nudity may not always give rise to a powerful sexual longing in your husband. On occasions, men simply desire to touch, embrace and kiss with your unclothed body. Most women have this common misconception that whenever their husbands try to reach for them for an embrace they want to satisfy their sexual urge more in return. However, it is not merely true. A physical touch is how people intimate sentiments of fondness and love, and it always does not end up into a sexual intercourse. A sex-free caress and embrace can be gratifying for both you and your partner. So go ahead with it!

6) Your perception of his thought:

“TURN OFF ALL THE LIGHTS.”

Men are visional souls and there’s nothing more appealing to their senses than their admiration on seeing the typical curves of a woman.  On the other way round it’s more like turning up the lights so that he derives pleasure in seeing your naked body which is an essential prospect of the sexual experience. Neither do you need to act like a coward, nor like those typical teenagers who takes pleasure in the dark.If somehow you aren’t that comfortable enough under vivid lights, then you can either dim them or else lighten up a few candles to add to its visibility in order to turn on the mood. Therefore, do not get nervous with regard to whether the lights shall be switched on or off, because your man is going to love it in either way.

7) Your perception of his thought:

“SOMEBODY NEEDS TO REALLY HIT THE GYMNASIUM!”

Let us admit that we are all self-conscious when it comes to our health. So in a way, it’s not particularly about women getting worried regarding gaining extra pounds and shedding them off as soon as possible. For research reveals that men wish to feel as seductive during sex as women. Hence, as a woman, relate to his insecurities by telling him how well you find him erotic, and sensual and then work out in sync to turn on the mood.  Men too get freaked out about procuring weight, so instead of making an issue in relation to the added extra pounds, simply take pleasure at the moment for the sense of obligation comes very easy in the presence of nudity.

Women, just keep one thing in mind, that when he sees you naked, you have his undivided attention towards you, and that’s the sole truth. So, cut off all your useless conclusions which you intend to brood over his remarks because it’s all fine at the end.