Since establishing a gender equal world is not something the human race can achieve in a day, what can be done is that girls and women can learn how to make the stereotypes that surround them a firm indicator of their success. Following are a few ways which will definitely work – The primary trait that every individual of the female gender is presumed to have is Communalism – considered as one of the most gender biased feminine trait. As a female, you are expected to act for the gain of others in a self-sacrificing manner. Such behavior can be manifested in a way which benefits you and at the same time benefits others so that you remain admired.

Keep your personal goal in mind, and figure out ways in which your personal goal can prove advantageous to others, then suggest the idea focusing on how it can prove profitable for the entire community. This will not only convince your audience of your brilliant idea, but also make you likeable for acting for the profit of others. Such an attitude ensures that you remain a successful individual whom everyone respects and admires rather than others attaching you to the stereotype of being the ‘bossy’ successful woman.

On many occasions, there comes a point where you need to express your opinion firmly so that you aren’t taken for granted because of your gender. In such situations, as Lean In founder and Facebook COO puts it, a better way to put your point across is by using the phrase ‘We’ more than ‘I’. When you attach yourself to a community or an entire group of people, you gain more credibility and become instantly likeable to those who are communicating with you. A girl or woman who acts solely for herself is rarely accepted in a male dominated world. For example, while negotiating your salary, justifying why you should be paid more is something only women have to do. Men can simply say it’s because they’re brilliant. Unfortunately, women can’t say the same thing even if they are brilliant as they will come across as over-ambitious or narcissistic or sharp. Therefore, presenting examples like how much other competent individuals would be paid for this job can help. You can also mention that women get paid lesser than men, which attached you to the community of women as a whole.

TAKE A CUE FROM THE ALPHAS 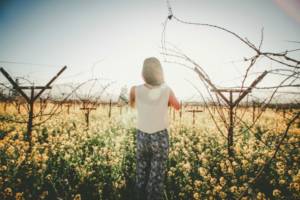 History and present times tell us that successful female leaders have always presented themselves as workers for the ‘greater good’. Be it Angela Merkel, who successfully leads a Germany, a country which is male dominated, with the pet name ‘Mutter Merkel’ or ‘Mother Merkel’. This very strategic name ensures that the public and her subordinates view her and someone working for the benefit of the community. This works well as it provides Chancellor Merkel the opportunity to lead her country to the greater good, while remaining the single most powerful person in the European region. We can see similar examples with the first women Prime Minister of India Ms. Indira Gandhi, who was revered as a mother of the masses. History tells us that Janata Party’s biggest mistake was getting Indira Gandhi arrested after losing the 1977 elections. Sonia Gandhi’s biography ‘The Red Sari’ tells us that she took one hour to get ready and look the part before her arrest, and insisted the police officer to put her in handcuffs. While her opposition wanted her to be seen as corrupt politician, the Indian masses saw her as a victim, as a motherly figure who sacrificed her freedom for her nation – something which Indira Gandhi exactly wanted. 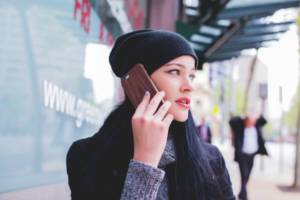 One study found that for women and men applying for medical fellowships, women had to be 2.5 times as productive to be judged equally competent. Therefore, as a female, it always helps to overemphasize your achievements. It is very important to remain competent and talented in the eyes of others, thus it becomes equally important to work on your own self-esteem and maintain your confidence level in order to ensure that you gain the credibility for your accomplishments. Never shy away from being proud of your successes, but act modestly.

Modesty is another powerful feminine trait admired by the society. Remaining humble and grounded and help you reach greater heights in a male-dominated environment. Boasting your achievements can often be seen as a stereotypical mark of a ‘shrewd’ or ‘nasty’ girl or woman. Therefore, it becomes essential that while you make sure everyone recognizes and is aware of how successful and powerful you are, it also becomes essential to present it in a modest fashion if you want to reach to the top. Blending in with the common people is a big sign of being modest, and you don’t appear as a threat to the males who dominate the structure of the environment. Sooner than you know, you will surpass every obstacle to reach the top. 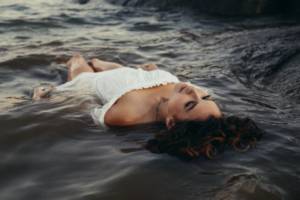 Warmth is the third most important feminine trait that can help you climb the ladders of success. If the society feels that the woman who is not always smiling or expressing gratitude or appreciation is ‘cold’, then it will work better for you if you do keep smiling! Express your gratitude, concern and appreciation to those around you but remain consistent on your ideas. When there is a difference of opinion, be a part of the solution rather than getting into a debate. Everyone else will be bound to trust your idea and instinct if they view you as a warm friendly individual who works for the benefit of everyone. It might not be easy to always remain friendly, but it can definitely grant you your way at the end, facilitating your ambition to become successful. The biggest complaint from women at workplace is that women seem ‘too aggressive’ which doesn’t really speak of their job competency. Being friendly and warm can eliminate this issue and you can become a hit at your work and at home.

ITS ALL FOR THE GREATER GOOD

To some, it may feel like employing such methodologies and behavioral skills is in reality, playing by the rules set up by the patriarchal society and reemphazing gender roles. These methods are not the perfect answer. However, understanding the other side’s perspective better always leads to better results. Therefore, if employing this method can help you become a leader and become successful, the power will be in your hands to change the way the world perceives women. Scarcity of women in leadership roles is one of the reasons why women still face gender biases at the ground level. Therefore, it becomes essential to become a leader.

So let’s get geared up to befriend our old rival – gender bias, so we can all defeat it together.

5 Ways in which gender inequality affects you

5 Facts on sexual assault you need to know!