Sexism or Gender bias is implicit in nature and may be difficult to spot in daily life, unless you’re really paying attention. It serves well to develop a conscious attitude towards recognizing when you’re facing it so that you have the power to control it and decrease its impact. When you confront someone, be it a male or a female, who is passing sexist comments without realizing it, they will immediately ponder over what they said and how it contributed to gender inequality. This way you are not only developing a more aware mindset yourself, but also encouraging those around you to tread on the same path.

Following are a few biases you may face between the time you wake up and the time you go back to bed, look out for them –

Lightly referred to as ‘eve teasing’ – which honestly sounds like a young girl is running across the room when a boy is pulling her pigtails, sexual harassment is something girls and women face every day. It does not necessarily have to be molestation or physical contact (not that that is unheard of), but it can even be a lingering stare that can make you uncomfortable.

It can happen when you’re inside a car, when you’re walking on the street or even when you are travelling from Point A to Point B. Sexual harassment is both a form of mental and physical cruelty. You feel violated both physically and mentally when this happens.

Girls and women from a young age are often told to ignore if this happens to them however that is not the answer to the problem. Ignoring these instances gives men who indulge in such activities the permission to do so. So next time this happens to you, please fight it. Stare back and ask them what the matter is. You will see an immediate feeling of shame in the same eyes that were haunting you. Face your fear, this is not your fight alone. While it may be told to you often that a man who holds the door for you or pulls you a chair or picks up your books is the man to hold on to, it is time to rethink this policy. No matter how much like a princess you feel when you experience this, chivalry is a form of sexism. You are accepting the momentary flattery you get and disrespecting the years of struggle and effort feminists have put in to make this world an equal place for both genders.

UNLESS, yes, unless you do the same for individuals of the male gender. Taking your guy out on a date or holding the door for him are sweet gestures that he will appreciate too. He may be a bit taken aback, but remember he is a victim of social conditioning too. Having a healthy conversation about it will help. Don’t just sit back and accept the royal treatment, make your guy feel like a prince too! Emma Watson, the darling of our hearts, says ‘Chivalry and feminism are not mutually exclusive’.

‘ARE YOU UNWELL?’ (When you’re not wearing make-up) It is understood that you mean well, but unless you see someone who has watery eyes, is consistently sneezing or is almost about to pass out, please don’t ask them whether they are unwell unless they tell you first.

Just because a girl or woman does not wear make-up or decides to skip it does not give anyone the authority to judge why they don’t look like they just gut off from the runway. Surprisingly, being unwell is not the only explanation to not wearing make-up.

At the same time, judging a girl or a woman who is wearing make-up is also a form of daily sexism.

As a girl or a woman, you may have indulged in or faced this issue during your childhood that your parents or relatives or friends only gifted you presents that were either pink in color, dolls, kitchen sets or creepy small fake babies. And you thoroughly enjoyed these gifts too. It’s okay, it isn’t your fault, just blame society.

But wait, the question that now arises is, what was the last gift you gave to your niece, your younger sister or your daughter? Let’s hope it’s not the same things you received in your own childhood. Focus on giving different kinds of gifts to the very young females present in your life. It is very important for these impressionable young minds to know that kitchen sets and babies are not what their lives will revolve around. Encourage an attitude which fosters independence and learning rather than gender stereotypes. It is our responsibility to break this cycle. 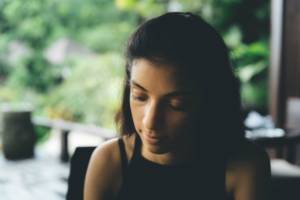 If advertisement(s) especially those of a washing powder, dishwashing liquid or kitchen appliance depict a creepily overjoyed women, it is plain sexism. These are all items concerning household chores which are not just the responsibility of the woman, but the responsibility of the man they are cohabiting with too. There is no need to throw the remote on the screen of the TV, just point it out and make everyone aware of the gender bias they are witnessing. This will make you and others conscious of which product not to buy because their marketing team sucked.

It is high time we stop treating the aforementioned statement as a compliment. Imagine complimenting a guy on his appearance by commenting on his weight. Feels odd doesn’t it?

Body shaming girls and women is one of the most common instance of daily sexism. Females tend to become so conscious of their body and appearance that they resort to unhealthy eating habits or uncomfortable clothing to be the ‘perfect woman’ according to societal standards. If you think this is all hearsay without any evidence, let’s review the statistics – Every time a girl or a woman expresses any emotion which may be even slightly heightened, please don’t ask whether they are ‘PMSing’, whether you are female or male. This question is just plain rude. If expressing every emotion was a sign of PMS, every individual in the world would be biologically equipped to bear children.

This automatic presumption takes us back to the 19th Century and makes the person who is opening themselves up to you feel disrespected. Be it as a joke or out of annoyance, steer clear of asking it or entertaining it. Instead, ask what you would ask any upset human being –‘Why are you upset?’ It is not rocket science. Or if someone asks you this question, ask them why biology is the only reasonable explanation why you might be upset.

Now that you know some of the examples of daily sexism, it is your responsibility to confront and question them, to spread awareness amongst your colleagues, friends and family about the realities of gender equality. This way, all of us can live and thrive in a better world.

10 Hollywood movies every woman must watch

5 Apps every woman must install

Prized possessions of a woman