India is plagued with a plethora of conundrums. One such conundrum that has managed to garner a lot of attention in the recent past is the recent surge in the number of rape cases. To bring this glaring issue in the limelight, Hindustan Times has initiated a campaign, “Let’s talk about rape”, where some of the renowned Indians have penned down  open letters to discuss the reality of sexual assault in India. Read on to know what these 8 celebrities have to say about the issue. 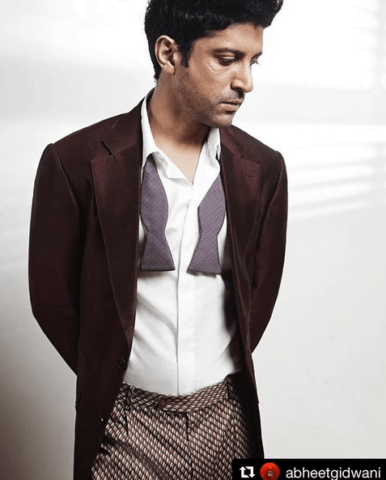 Farhan Akhtar wrote an open letter to his daughter reiterating the fact that she is the sole owner of her body and no one has the right to intrude her private space without her consent. His letter speaks volumes of the way women in Bollywood are perceived. He does not shy away from acknowledging the fact that Bollywood objectifies women. He also wrote about “stalking” and how movies misguide today’s youth by propagating the message that it is easy to win a woman’s heart by stalking or harassing her. His letter also includes a heart-wrenching poem on sexual assault.

Shashi Deshpande addresses an open letter to all the men living in India. She referred to the Delhi gang rape incident to prove the misogyny that exists in today’s society. She wrote about how she feels haunted when she thinks about the ravages done to the victim’s body. What she finds shameful is the harsh reality that women are neither safe outside nor in the four walls of their home. She also cites examples about ancient times to prove that women have been manhandled since eons. In an open letter addressed to her sons, the famous boxer Mary Kom revealed that she was molested twice by strangers. She urges her sons to reach out to a young girl if she is in need of help. She also tries to explain them that there are some biological differences between men and women and that doesn’t become a reason for someone to endanger someone’s dignity. She praises her husband for tending to their kids in her absence. She also touches upon the topic of racism. The fact that she is the member of Rajya Sabha fills her with pride and she expresses her ardent desire to do something for the women’s safety.

Julio addresses his letter to his fellow policemen. He narrates two separate incidents wherein the perpetrators behind the heinous crime of sexual assault were policemen themselves. He is disappointed over the fact that policemen who are supposed to guard their citizens dare to indulge in such crimes. He also feels that police constables should behave in a sensitive way whenever a rape victim approaches them for lodging a complaint. Asking uncomfortable questions can worsen the victim’s situation. They must be treated with a lot of respect. Anything less than that would be called a “dereliction of duty”. It was good to see a politician getting vocal about the crime of sexual assault. Shashi Tharoor’s open letter for fellow politicians commences with the busting of some prevalent myths like rapes take place in cities and not in villages. Through his letter, he attempts to transform the mindset of his fellow politicians towards women and rape victims. He wants them to understand that rape has nothing to do with how a woman dresses up. It is more about the power struggle and violence which makes men believe that they are superior to women. According to him, sexual assault is not merely a woman’s issue. It concerns the whole society. The letter culminates with Shashi Tharoor asking other politicians to play a monumental role in enforcing the laws that protect women from such brutal crimes.

She writes an open letter to her colleagues in the media world. The point she tries to make is that why doesn’t every rape case meet with the same kind of angst that was shown for Delhi’s rape case. She tries to highlight the fact that journalists, these days, are more focused on covering stories that will make better headlines. She also feels that such incidents do not have anything to do with the victim’s honor and dignity.

Kiran, through her letter, reminisces about the days when she was not taken seriously because of her gender. She also talks about the importance of having stringent laws against sexual harassment so that women can work fearlessly. She also suggests some measures that women can take if they feel harassed. Her letter is a clarion call for the society to take action to combat this issue.

Arun Kumar, an educationist by profession, has penned down a letter for his students. He feels that students are the future of a country and it is to shape their minds in a way that turns them into responsible citizens of the country. He also advocates that parents and teachers play a monumental role in helping a child imbibe moral values. Instead of telling girls the ways to protect themselves from getting molested, the society should work towards teaching boys the moral behavior that’s expected out of them. He encourages children to speak up if they suspect someone intruding their private space.

These open letters definitely have a lot of power to spur the winds of change. It is time that the authorities work in the direction of making the country safe for half of the population that resides in the country.

The act of staring: Is it part of sexual harrasment?

Sexuality of a woman