Don’t allow yourself to be subject to something you’re not comfortable with; It doesn’t matter even if the source of discomfort is triggered in your closest one. Be it your friend, parent, boyfriend, or your spouse, don’t let them manipulate you.

Manipulation is unacceptable behaviour, especially coming from a close on, because it can really affect the victim in ways that may lead to irreparable damages. Manipulation causes emotional injury and affects one’s confidence, self belief, self assurance and self respect, immensely.

UNDERMINING SELF WORTH AND FEELINGS

The manipulative person will undermine and look down upon your difficulties or your issues regarding life and never provide you with enough validation or show signs of empathy. They will always have the tendency to maximise the importance of their own issues, gains, achievements, and so on.

For instance, if they make a comment about your bodily structure or your sense of dressing or let’s say your accent, and it hurts you; the moment you express your feeling of discomfort they will immediately accuse you of being overly sensitive or having the inability to take a joke on yourself. This will leave you doubting yourself and your capability to take a ‘simple’ (as per them) joke on yourself.

INACCPETANCE OF THEIR OWN FLAWS

It doesn’t really matter as to who is at fault, the blame will inevitably fall on you and you strangely will not be able to escape it, because no matter how much you try to explain your innocence to them, they will try to find one way or the other to hold you guilty. It’s not that they don’t understand. It is just that they choose not to. They will never accept their flaws.

Imagine an instance where your partner, friend or whoever the person concerned may be, asks for a suggestion from you regarding a particular electric gadget that they are about to purchase for the house, and it turns out to be counterproductive to their expectations of it, once they have purchased it; they will invariably deem you guilty and at fault for suggesting to them the wrong item for purchase. However had they have purchased the same item having decided on it independently and it turned out to be not so good, they would still blame you for not helping them enough to choose and averting any hard work involved in market research. They will greet your suggestions, an inspirational story about your gains and achievement, and matters of such sort with indignation, unwelcoming and uninterested expressions, as though your accomplishments are hollow and insignificant compared to theirs or many others’.

Expressions such as those of rolling of the eyes, deliberate yawns, looking in a different direction while you’re addressing them, a smirk and other signs of the similar kind, are common among manipulators.

DRIVING YOU INTO PERENNIALLY DOUBTING YOURSELF

You will find yourself forever compromising on your desire to do some things exclusively for personal pleasure in order to make time for them because at other times they are unavailable and somehow they succeed into making you see how impossible it is for them to skip on those episodes in their lives which prevent them from giving you time. In spite of everything you’ll feel as though you’re the one who’s being insensitive in expecting even the least out of them. The most general expectations will start to seem superfluous to you and you will gradually begin to go completely crazy because you’re being subject to constant deprivation of what you truly need and deserve.

UNACKNOWLEDGED GOES ALL YOUR EFFORTS

Unacknowledged goes all your efforts. It is indeed extremely hard to get their approval or receive even a gesture of appreciation for whatever it is that you do for them. You’re never too good for them and incessantly incompetent in acquiring a respectful position in their eyes. They are narcissists who fail to see your efforts and are constantly asking for more. They feel as though they deserve much more than what they are being given. They think their worth is superior to yours and hence they earn the best in life. They are simply waiting for you to accept the same.

All your efforts, your compromises and sacrifices go down the drain.

A DESIRE TO THWART YOUR EFFICIENCIES AND PULL OUT YOUR WEAKNESSES

It brings them a vicarious pleasure out of thwarting your efficiencies and efforts because it gives them a sense of control over your life. Your manipulative partner will hit you where it hurts the most. If you’re trying to forget an incident, rather a mistake from the past that had caused you immense pain, they will make it a point to bring it up when you manage to prove them wrong or make evident one of their flaws. They might also go to the extremes of drawing pleasure out of literally torturing you mentally. For example, suppose they know that you have a phobia of something, they will use it against you, simply to get at you at times when he is unable to get things his way.

QUESTIONING YOUR SENSITIVITY TO THEM 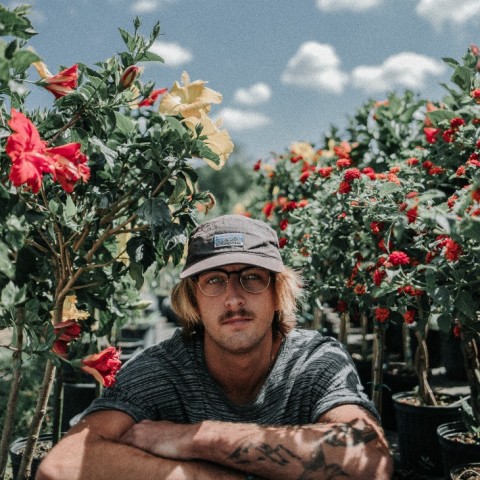 This is another tactic of theirs, which is called victimising the self to get it their way. They’ll prove your incapacity to understand them and blame your lack of attention and interest in the relationship. They’ll blame you of not accurately listening to what they are trying to say which basically means that you’re not seeing things their way. That is the only way that exists for them. There is no other way. It will lead you to feel guilty about yourself and that is exactly what the sly fiend of a manipulator seeks.

This is the tactic which they use, to make you see that their approach should in fact be the ideal approach for you. They will do this in such a masterful way that you’ll end up accepting their desires, their mode of living, their ideas, and their perceptions as your own.

They might say something like “You’re not going to want to eat Chinese today isn’t it, because we had it just last week?” These statements are so manipulatively placed that you without even realising will automatically agree to these against your will.

Here are signs of inacceptable forms of manipulation in your partner, friend or parent and you should stop excusing such behaviour if you haven’t already. Do not give in to their tactics of manipulation. Pronounce your desires out well to them and let them know that you’re an individual who does not need to be told as to what is to be done and how it is to be done. Let them know that you know exactly what you’re capable of and have immense belief in yourself.