If you are afraid of being too devoted to your kids then take measures to not fall victim to your fears and save yourself from the clutches of unhealthy parenting approaches that shall mar not only your life and relationships with others but also your relationship with your kids with its long term effects. 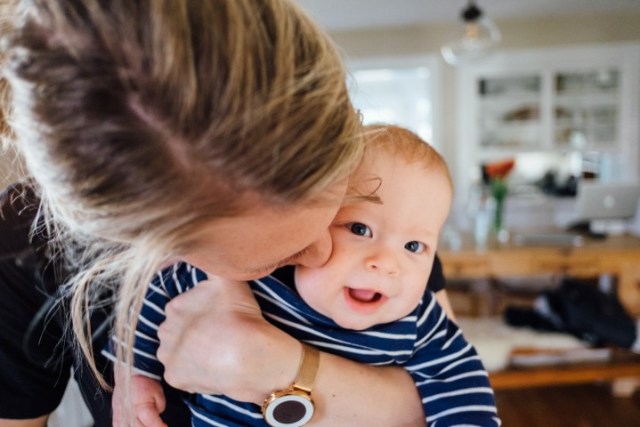 THEY WILL GROW UP WAY TOO QUICKLY

In the wink of an eye you’ll have your children grow up into adults and realize that you ended up spending all of your youth in aiding their growing up, forgetting to live your own life.

When your kids finally grow up and have a life of their own, how would you cope up with the abyss that their absence will then create in your life? Devotion must not collide with obsession so that life without them becomes meaningless to you.

ENJOY IT WHILE IT LASTS Enjoy your youth while it lasts. Time flies, and in no time you’ll figure that you’ve stepped into old age when you will no longer be able to travel as much or shop for and wear those trendy clothes you’ve always gorged on or even eat your favourite food. Old age would have taken its toll on you by then, both physically and mentally even before you realize it.

Yes, to be a mother is a great feeling. But don’t forget the woman you were before your children were born and you became a mother. Don’t lose your identity to the acquired identity of a mother. Being a mother is one of the many roles in life that you play such as those of a daughter, a wife, a painter, a singer and so on. You kids are a part of your life, indeed an important part but so is your guitar, which in fact defines who you are; your personality as a singer, a romantic, an artist. Don’t forget your stance as an individual independent of the duties of a devoted mother.

Motherhood is an act in the drama of life which requires quite a bit of attention but never at the cost of completely abandoning the other acts from your attention, which then will not allow the play aka your life to stand strong.

YOU WANT YOUR CHILDREN TO BE INDEPENDENT AND SELF-RELIANT Hold their hands but don’t carry them around on your shoulders – I mean both literally and metaphorically. Your kids must learn to walk on their own two feet. Excessive mollycoddling will cause them to become dependent and reliant on you for almost everything even as they grow up and are ideally supposed to take decisions by themselves.

This is unhealthy not just for you as a mother but also for your growing children who need to be able to see and judge the world from their perspective.

There might come a time when they realise their excessive dependence on you and end up blaming you for bringing them up in the wrong way. I have witnessed such kinds of situational developments myself and so I can speak, if not from first hand but from second hand experience. It is painful for the ever devoted mother to hear to such kind of statements from their children, for whom they may have sacrificed everything important in their lives, including their love.

They need to make way for themselves in the world and tend to themselves when you won’t be around. So let not your devotion affect them negatively.

To be devoted to the kids is something that is expected out of any mother and something that also comes very naturally to a mother but it is important to make sure that the devotion doesn’t break all bounds and take an unhealthy turn to obsession.

Let us know if this helps, in the space for comments, below. Also feel free to share with us your views on excessive devotion to kids and its after effects.