The Bull and the Ram both have horns. Both use it to injure their enemies and protect their loved ones. When together, it’s interesting to see how they use their weapons. All aspects of this relationship are interesting. You see this couple together and think, how does he tolerate her? Or doesn’t she get bored with him? They are where they are today because they have navigated through those trials. And what you see now is the product of great love and compromise. If you are dating a Taurus man, know that happiness is possible. With a little adjustment here and there, your relationship has the capacity to turn into a life long commitment. Want to know how? Here’s everything under the sun on the Aries woman and Taurus man’s love compatibility. 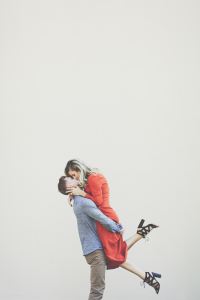 Is a Taurus and an Aries compatible?

Surely, that is the first question we should answer. Is compatibility even possible for these two? My best friend is Taurus and I am an Aries. If you are worried about what this post is going to say, here’s what you need to know. I am as pure an Aries as we come. And I have gotten along best with the Taureans in my life. The Taurus – Aries pair is influenced by the 2-12 Sun Sign Pattern vibrations. This means that they are astrologically different in so many ways. Almost polar opposites. But both are headstrong zodiac signs, which makes things difficult. However, even then, they are different.

There is a determination in the Aries. Whereas the Taureans are stubborn. All hope is never lost for this couple though. The 2-12 vibration allows him to be more tolerant and sympathetic towards her. While she will try to imitate his placid stability. This understanding and admiration help them work out their differences. The two things that she needs to keep in mind are to shower him with love and make compromises. So long as she is able to maintain these two things, he will keep forgiving her. And knowing what I know about Aries women, she may even tame the bull.

What Attracts a Taurus Man to an Aries Woman? 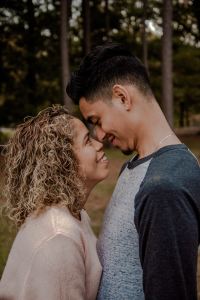 The very polarity of their nature attracts them to each other. Her tireless drive and energy first attract the Taurus man to the Aries woman. He knows that these are not just wasteful traits. If he plays his cards right, teaming up with her will lead to great success in his life. On the other hand, she feels drawn by his dependability. She can tell that he is a guy who would never give her a chance to complain. He knows how to operate and that talent can help her.

However, it may not be love at first sight. They might not even notice each other much when they first meet. These two have to meet in an isolated setting to get to know each other. And when they do meet, she will make the first move. This how it will be in their relationship throughout. She will always be the one to initiate the first move. In every aspect of their relationship. If their Sun, Moon and Ascendant are aligned right, it will be a perfect match since the beginning.

Like all other aspects of their love life, there will be an initial spark in their sexual life as well. Her masculine-positive nature will attract his feminine-negative nature. In the beginning, there will be a spark and a surge in their energies in the bed. Each has found in the other what they were yearning for. But maintaining that level of desire is a different issue. Soon they will realise that they have different outlooks towards sex. For the Taurus male, like all things, his sex life is a practical matter too. For the Aries female, however, it should be the manifestation of all her romantic fantasies.

His inability to understand her to need for the blending of body and soul will leave her unsatisfied. If he truly loves her, he would want to give her what it is she wants. But if it’s something he doesn’t understand, then she will have to take the lead on it. The Aries woman can use her Mars energy and channel it towards his needs and desires. Once he has felt the true experience of what she can offer, he will know. There are very few men on this planet who can ever be satisfied by another woman, once they have felt the energy of Mars surge through them. A harmonious relationship in their Sun, Moon and Ascendant will help them achieve true fulfilment. 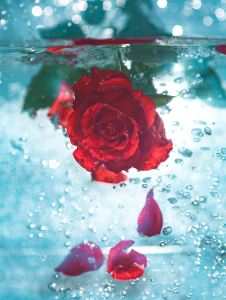 Let’s understand this. Every couple that has a different outlook on and expectations from life struggles in the beginning. Often their characters will clash and that forms the basis of all their problems. Where she is bossy, he is reserved. While the Aries woman is impulsive, the Taurus man is practical. She pursues excitement and he pursues stability. She can exasperate him beyond limit till he decides it’s not worth it anymore. The Aries woman and Taurus man’s relationship is always at the risk of falling apart. And more often than not, he puts an end to it. But he isn’t without blame.

He might avoid her fire to the extent that she leaves in desperation to avoid depression. He might never understand her motivations or inspiration behind her actions. But if he ignores her rather than trying, she will drift away. She needs a man who engages with her on a holistic scale. A half-assed love affair will kill her. The quarrel over money is a central issue in this relationship. While she is extravagant, he is economical. But what they need to understand is the other person’s motivations. She spends more to make others happy than herself. And he only wants to be economical so that he can give her a secure future.

So, should a couple that is susceptible to breaking up getting married? Well, I leave that decision to you. What I can do, is give you a glimpse of what’s in store? If she loves him well, he will ignore her misgivings with an unruffled good nature. A contented Taurus male will put up with all of Aries female’s misguided missiles. But this love should also involve some level of compromise. The Aries female cannot hope to be overbearing and also expect him to stay.

He will take care of her even if he doesn’t understand all her impulses. A Taurus man falls in love after long deliberation. If he has chosen her, then he won’t be giving up easily. Her need for freedom will be fulfilled because he is not a jealous man. But that is not to say he isn’t possessive. It will do the Aries female well to look up the difference between the two traits. A free-flow of giving and take will be essential in this marriage. No one person can expect to always have their way. It depends on how mature you and your Taurus man are.

She’ll provide the ideas and energy. While he will provide stability and security. The contribution of both when paired together are the formula for a successful household. These contributions will apply to both financial and sexual aspects of their marriage.