Emotions sometimes get the best of us and can also manage to wreck us along with our relationships. We, humans, are social beings and we make several relations in our life like a relationship with our friends, parents, siblings, significant others, colleagues and many others with whom we interact directly. Every relationship has to be run in a smooth way even when you are moving through a rocky road. But sometimes you mess up. That is why you need to understand that certain things affect you more than they do to others. You are sensitive to few things while others are not. Some people react and express their feelings when they are hurt while some are pretty good at hiding their feelings. You might conclude that all of this is because people have different personalities, true. Essentially, you have to understand that zodiac signs also affect the way we react and act towards certain things.

Every zodiac sign has a different personality and all of them have different emotional triggers. If you are curious as to what triggers the emotions in you and why you feel the way you do for certain things then you need to read this.

An Aries is an element of fire and so it is natural for them to be passionate. The people who belong to this zodiac sign are really dynamic and they work themselves until their energy runs dry. So Aries remember, you are not a superhero. You need a breather so take a break once in a while. There’s no need to stress yourself so much.

Another emotional trigger for an Aries is not being productive. They just can’t sit idle and do nothing. We know sitting uselessly is not your favorite feeling but sometimes it is okay.

The biggest emotional trigger for the zodiac Taurus is being incompetent or failure. They just can’t stand not being perfect. They strive all through their life to prove themselves to be perfect. Stop micromanaging things. It is okay to face failures in life because they help us grow. Don’t try to please everyone around you because that is not going to happen.

Another thing that triggers the emotions in you is the insecurity. Anything that involves change scares you because it means you think you will be left bare to the world. But understand that you won’t. You’ll learn to grow.

A Gemini is really creative, social and productive. The worst feeling for a Gemini is when they are trapped in the same repetitive cycle. This zodiac sign is spontaneous and the feeling of doing the same thing creates anxiety in them. They will find an escape route and jump it. But Gemini note that you have made a commitment to complete responsibility, so don’t abandon it. Dealing with stupid and dumb people triggers emotions badly for you but don’t get mad, take in some deep breathes and let go.

A Cancerian hates being vulnerable in front of people. They are comfortable with the people in their life but meeting new people triggers them badly. Sharing something personal with new people is nerve wrecking for you. So don’t do it, take your own time, be at ease with people and then share. Don’t let vulnerability control you. Accept your nature, try and interact with new people and build better relations. 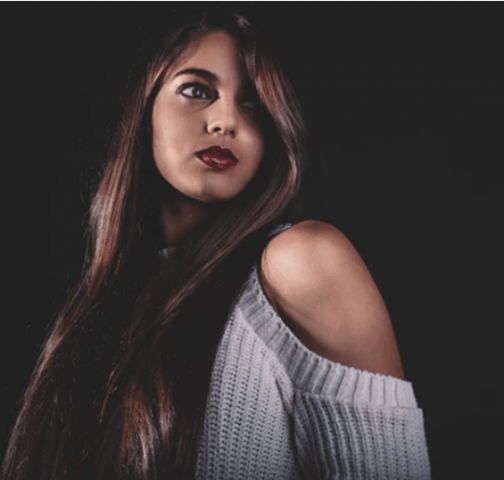 The worst emotional trigger of the zodiac Leo would be when things don’t go their way or when they are ignored. A Leo feels that nothing is worse than being ignored, especially by those whom they have feelings for. When their feelings are not being reciprocated they feel broken. Just understand that sometimes it is okay to let go of the control and let things happen they are meant to be. Sometimes simply having the things that you have is enough to keep you happy. When people don’t treat you the way you deserve then leave them behind and move forward because what’s meant to be will always be there.

A Virgo can never stand being shouted at. They just hate it when people are rude to them. As a Virgo, you enjoy a simple, happy life and that’s why when people shout or yell, it triggers your emotions badly. You would rather stay alone than face them. Just detach yourself from such people because honestly, you can’t change people but you can change yourself.

You also overthink things which causes you too much stress. Stop over analyzing things.

Libra is all about justice and it is obvious that the biggest emotional trigger for a Libra would be when things are unfair. They hate it when people treat them or others unfairly. They tend to spend so much time in thinking about this and they are confused whether they should confront the people or not. Don’t let it anger you Libra. You can’t solve every problem out there. Take a step back, let things be the way they are. Determine whether it is a battle worth fighting, if not then let it be.

Dishonesty and disrespect get the best of your emotions Scorpio. You hate it when people lie to you and you just can’t contain your anger when you find about being lied to. Realize that people lie all the time, you can’t be mad at people all the time and cause a wreck inside you. Don’t spoil your inner peace for them.

Dishonesty is something you can’t digest and you cut such people off from your life. But don’t hold grudge against them, not for their good but for your own good.

Sagittarius is the zodiac sign known for impulse and intuition. You are so impulsive that you hate it when things are too stagnant. You like to be on the move. It triggers the worst in you when you are restrained. You like to be free and feeling constrained suffocates you. Same way you hate it when people ask you to be all prim and proper instead of being you. So what you can do is try not to fall into situations where you have to be constrained or compromise yourself. Don’t let people hold you back. The biggest emotional trigger for the zodiac Capricorn would be when they do not live up to their own expectations. Capricorns are too hard on themselves and others also. You also hate it when people disagree with you. You get frustrated when people do not agree with you and you can get into heated debates and arguments due to this. You just need to calm down and learn to accept that others are entitled to their own point of view. Agree to disagree. Don’t be too hard on yourself. Know your limits and don’t try to push yourself too hard.

An Aquarius has a very low tolerance. They hate it when people don’t stand well with their promises. In fact, we can say that the emotional trigger for an Aquarius would be unbroken promises. An Aquarius literally loses it when people don’t follow through what they said. You have to calm down your temperamental personality. You cannot control others and you do not know what situation the other person might have faced due to which he couldn’t go through his words.

A Pisces can’t handle criticism, even if its constructive criticism. The worst feeling for a Pisces is when people point out their faults. They just find it hard to recover from it. They take all of it very personally. But Pisces you have to know that sometimes people wish the best for you and that’s why they tell you what you need to work on. Remind yourself to let things go and not take each piece of advice personally if it irks you.