‘Love knows no religion’. Some of the top Bollywood actors have proved this true by marrying girls that belonged to different religion. Bollywood Muslim Actors  and their Hindu Wives – For some, it was a cakewalk and for others it was a hard journey to reach the destination ‘Marriage’ but their true love conquered. These Bollywood Actors are indeed real life heroes who have set examples for those who are against love marriages specially love marriages outside the community or religion. 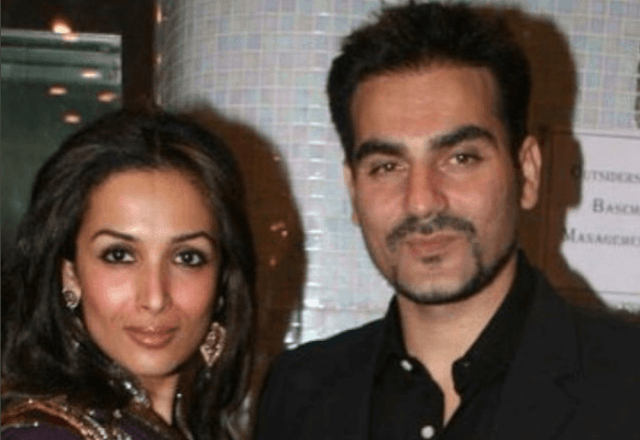 For Arbaaz, it was easy to marry Malaika, though he is a Muslim and Malaika is a Hindu-Christian. Malaika’s mother agreed to their decision to marry without any dispute, putting forward only one condition that the wedding would take place in a church. Arbaaz readily agreed to this and he married his lady love in the year 1997 and they have a son named Arhaan. They are one of the most looked upon couples in Bollywood at present for the love they have maintained in their relationship for so many years. 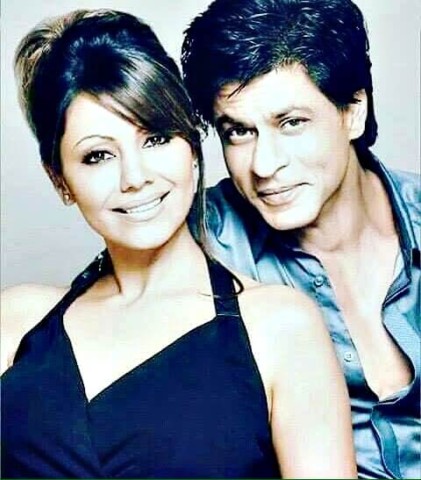 For Shahrukh Khan, it was not a bed full of roses. It took long for him to make Gauri Khan, then Gauri Chibbar agree to his love proposal and it was even harder to make her family agree. Shahrukh is the most popular Bollywood star at present, often reffered to as ‘King Khan’ but when he proposed Gauri; he was an actor on Indian television. Moreover, Gauri was a Hindu and her parents were strictly against her marriage with a Muslim boy. Shahrukh left no stone unturned to win the hearts of Gauri and her parents and as they say, true love triumphs, it did at the end. Shahrukh tied knots with Gauri on 25th October, 1991 and this couple is one of the most respected and successful couples of Bollywood with two lovely kids Aryan and Suhana. 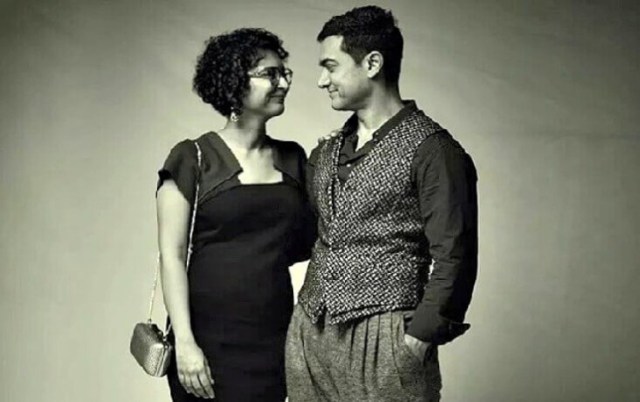 Amir Khan, the ‘Mr. Perfectionist’ of Bollywood married Hindu girls not once but twice. His first love was Reena Dutta whom he married in the year 1986, at a very early age going against the will of his parents. His relationship with Reena ended with a mutual divorce after sixteen long years and after having two kids Junaid and Ira. Later Amir married Film director Kiran Rao another Hindu girl in the year 2005 and they have a son named Azad Rao Khan

Sohail Khan is younger brother of Salman Khan and Arbaaz Khan. His wedding with Seema turned out to be of a ‘bollywood film style’ as he eloped with Seema the same day his film ‘Pyar kiya to darna kya’ released. They first got married according to the Arya Samaz rituals and later in the evening took place the Nikaah. They both are blissfully married now with two kids Nirvaan and Yohaan. The ‘Chote Nawab’ Saif Ali Khan walked on the footsteps of Amir Khan by marrying twice. His first marriage took place in the year 1991 with Amrita Singh who was raised as a Sikh though belonging to a Muslim – Sikh family. They were divorced in the year 2004 and Saif went on to marry Kareena Kapoor in the year 2012. Their marriage was one of the most awaited marriages of Bollywood. They both fell in love on sets of a movie and dated each other openly. This charming khan and heartthrob of India, Kareena Kapoor, won lots of praises for narrowing the religious divide that prevail in India.

Imran Khan is Amir Khan’s nephew. He made his debut in Bollywood with the super hit movie ‘Jaane Tu Ya Jaane Na’. Unlike other actors who choose to remain single when their career has just started, Imran married Avantika Malik in the year 2011. He and Avantika spend ten long years knowing each other before they tied the knot.

Zyed Khan is son of Sanjay Khan, a popular Bollywood actor himself. Zyed moved on the footsteps of his cousin Fardeen khan who too is married with a Hindu girl. Zyed had to face several difficulties to marry his school time love Malaika but he faced all the odds and finally married her in the year 2005. Zyed proposed thrice to Malaika and she has three rings of proposal. They are happily married for nine years now and have two kids named Zidaan and Aariz.

Fardeen Khan is the son of the famous actor Firoz Khan. Fardeen and Natasha knew each other since childhood. Fardeen proposed her while flying from London to US to which she agreed. They were engaged in London and later married in Mumbai in the year 2005. For both the occasions, exclusive hotels were booked and their wedding was full of glamour. They have a daughter named Diana Isabella Khan.

The multitalented Bollywood actor Irfan Khan met Sutapa Sikdar in National Institute of Drama where they both studied in the same class. Their love story started at NSD and is still going strong after being married for eleven years and after having two cute kids Babil and Aryan. 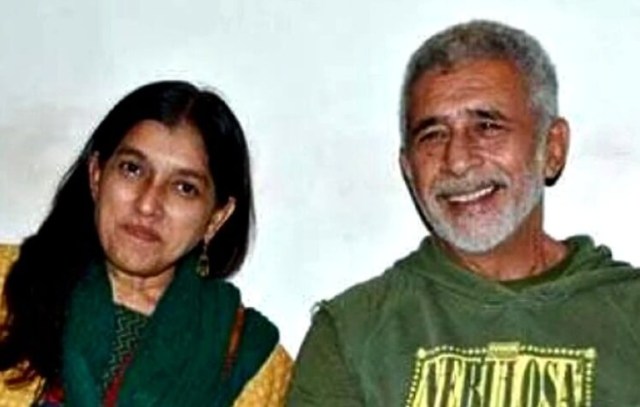 Naseeruddin Shah, one of the finest actors of Bollywood had to go through lots of struggle to marry Ratna as he was already married to Parveen Murad. Unable to settle on a mutual divorce, he first started to live – in with Ratna. Finally in the year 1981, he got a divorce after paying a huge alimony and making a sacrifice of losing custody of his 12 year daughter Hiba. Parveen Murad died soon after the divorce. She was suffering from cancer which she had hidden from Naseeruddin so that she could get the alimony and secure her daughter’s life. Naseeruddin married Ratna after her death and they are parents to two sons Imaad Shah and Vivaan Shah.