Bollywood celebrities are at target of Mumbai gangsters in a way to find massive business opportunity, revealed by India’s Police. The credibility of Mumbai gangsters is at peak as they try to get cash from less popular yet wealthier stars. The main target of these gangsters has largely influenced the high profile movie industry for lesser risk. In the previous month, Bollywood’s renowned director Mahesh Bhatt was targeted for the third time, risking his life by a gunmen backed by gang leader living abroad. He told “Times of India” that film industry must stand side by side with police in order to fight the threat of crime. The director added that if we fulfill their needs and try to buy peace, it would be like giving blood transfusion to this giant that is already breathing its last. 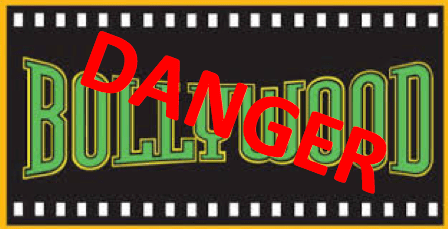 Mumbai gangsters also threatened Shahrukh Khan, the one that is idealized by millions of fans not only in India but also worldwide in recent months. The threats serve a purpose and as such not only Bollywood stars are on target, the objective is to make others believe that if blackmailer is willing to go after high profile people. They have to pay for it in order to save their lives and to keep their mouth shut as said by senior officer in Mumbai police.

India’s economy in recent time has seen slump after two decades of growth and economic progress in which high profile people minted lot of money. For this reason, these people are on top of list for criminals and gangsters. Senior Police officer presumes that the gunmen are only asked to threaten the stars to scare them instead of killing them.

Bollywood celebrities and other popular people are high on risk as they are able to grab maximum attention of media as well as people. The gangsters want people to terrorize them as much as possible to mint money from them. For number of years, Bollywood has produced a large number of films each year, generating approximately $50 billion revenue, which is almost equal to gangs of Mumbai, a city of more than 20 million population. The relationship between stars and gangsters have been long and uncontrollable. The flow of black money in high-risk productions would not be able to get funding without cooperation of these gangs. Some Bollywood stars are now in close relationship with these gangs.

Some of the most dangerous and wanted criminals were seen on parties at Bollywood functions and weddings. One of the top crime reporters Hussain Zaidi said that in the year 1990, they were found everywhere, planting, funding and deciding the cast of movie. Several producers and directors were killed and attacked while others paid the money to them in huge numbers.