Like poles repel, but opposites attract. This is not just a scientific fact on magnets but finds its implications with love magnets too. Many times you must have heard people justifying how we look for someone who completes us as our partner. Thus, going for someone who is a complete opposite of ourself is but natural. But astrology doesn’t often agree with this science of love.

In astrology, we believe that all these unions are written in the stars. These stars enable people to fall in love even in the least likely of circumstances. Which takes us to two crabs on the beach on a moonlit night, holding hands and thanking the stars for bringing them together. So much for like poles repelling each other. Is a love relationship between a cancer man and a cancer woman a god thing and are they really compatible? 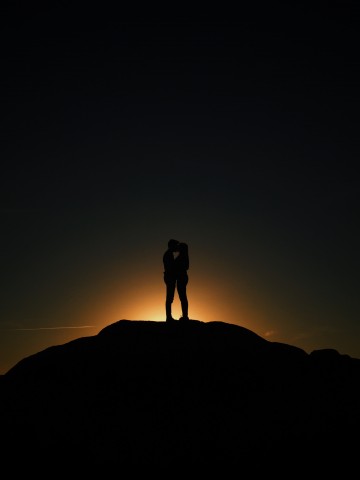 The first thing that needs to be understood about this man is that he is very close to his mother. Any woman who has any aspirations of being the most important woman in his life is going to be disappointed miserably. There is no woman who can stand next to his mother on the “World’s Best Female” stage. You can try to be as good as her, but never better.

Other than that, he is load full of emotions. But with the ability to understand these emotions comes the inability to not expect others to stand up to their needs. The crab will not speak much of his emotions because his philosophy is that if you love him, you don’t need to be told in words. If you can’t understand what he’s feeling through his actions, then be prepared for him to accuse you of not caring about him.

In other matters, this is a man who will always cry about his finances. His mood will change like the fickle moon that only once shows all of himself at together. He can have 10 estates, several zeroes in his bank statement, and tons of other valuable assets, but it would still never be enough for him.

Know that if you were looking for a modest girl with family values, you have found the perfect one in the Cancerian woman. But much like her masculine half of the zodiac, her moods too depend on the moon. But not just the phases on the moon but also its distance from earth, for her moods can change with seasons. She will be drowning in her sorrow during the rains and transmitting electrifying energy to you in summers.

Much like the Cancer man, this woman knows not how much money is enough. But she will go out on a spending spree when overcome by depressing emotions. This cool and reserved lady in the day will display all her emotions at night when the moon is out. You would think Cancerians are werewolves but are crabs less dangerous? She’ll give you all the love in the world but expects you to show the same commitment to her.

Some Cancerian women are shy and timid and project all the qualities of the ideal female. While other, when sets her sight on a man, will get him regardless of that man’s current disposition.

Signs a Cancer Man is in Love with You The Cancer man will not shy away from letting his affections for someone be known. But he will not make a speech about it. He has a subtle way. All you need to do is read the signs. To begin with, he will introduce you to his friends. Chances are that he has some really close friends who he treats like family. If he loves someone, he would most certainly want them to get along with his friend as soon as possible.

He will go the extra mile to make you feel loved. The reserved Cancer will not be able to find the right words to convey his feelings for you. So, he would use romantic gestures like buy flowers and chocolate for you. Another sign is his protective behavior. He’ll get involved with your life and start playing the role of a caretaker and a protector for you. This might become weird if you are a fire sign but know he does it from the good of his heart.

He’ll try to make you laugh all the time. If he’s in love with you he wants you to be happy and laughter is the best measure for that. The cancer man will try his best to make you genuinely happy especially if you have had a tough day. And more importantly, he will begin opening up to you emotionally.

You can make these two signs fall in love, but that doesn’t mean this will be without its challenges. One of the major issues between these two is the overload of emotions.

This will always get in the way especially if they are in an argument. Each would think the other needs to understand their emotions and this will give rise to huge conflicts. Cancerians get so deeply involved with things that it becomes difficult to separate them from it. This will lead to problems when both ends have the same amount of attachment to their point of view. Neither can bear to be neglected. If they even slightly feel like they are being neglected they will throw a tantrum that rather than being resolved will turn into an even bigger tantrum.

Food is a big bone of contention between these signs. They are as possessive about food as they are about their emotions. There will be arguments on which restaurant to pick or what style of cooking or dishes are the best. These arguments will last a lifetime. Money can be another matter of concern for these two. While each of them will have a similar take on how it should be handled, it is best if they both handle their finances separately.

Is Marriage between a Cancer Man and Cancer Woman a Good Idea?

When they meet for the first time, marriage will seem like the obvious path to take. but on the question of whether it is a good idea or not, the astrology has this to say. There is no one who will be able to understand their emotions better than each other. These two will know the right thing to say to each other as the situation demands. They will read the signs and know what the other is feeling.

Sexual intimacy will be heavenly. Both these signs believe that making love is a divine act that shouldn’t be wasted by engaging with someone you don’t love. So, two Cancers in love will make have the best sex each of them could ask for.

The conservative family beliefs that the Cancerian is born with make them very trusting of each other. This will be a marriage of absolute trust. Both of them feel that once you commit yourself to someone, it is foolish to wander off. They try to resolve conflicts and make changes rather than cheat.

These two signs have a similar set of beliefs and values. Not only will this bring them to the same intellectual level it will even help to raise the children in synchronization.

Finally, both of them are money-wise. Neither would have to teach the other the best ways to save and spend money. When all their relationship troubles can be resolved with an open mind, why let go of your soulmate?