The Sun and the Moon have a romance of their own. While we only see them one at a time, those rare moments when the moon is visible as the sun sets are moments of beauty that everyone looks at with wonder in their eyes. Their relationship goes deeper than that though. The moon is illuminated by the sun. Their energies are reflected from one another. And there is cosmic beauty in the union of those zodiac signs that the Sun and the Moon rule. But there are also times when one eclipses the other. This is what love between a Cancer man and a Leo woman looks like. If you are a Leo woman, in love with a Cancer man, you know that he is everything that you hoped for. The lioness never has any problem courting admirers. After all, royalty attracts everyone alike. But this is the man she knew would whisk her off of her feet.

There is an instant liking between these two zodiacs. Both find in each other things that make them whole. If the stars are aligned right, they can very well be soulmates. But that is not to say that this relationship will be without its problems. There are the Cancer man’s sensitivity and change of mood with the phases of the Moon. And then there’s the Leo woman’s pride and fiery nature. Each will have to deal with the shortcomings of the other. But the strength of their love is strong enough to keep them together.

Have you found your perfect Cancer man? Are you trying to find out if he’s too good to be true? Or whether you can ride into the sunset with this crab? Astrology will answer all your questions about a Leo woman’s compatibility with the Cancer man.

How Does a Leo Woman Attract a Cancer Man? 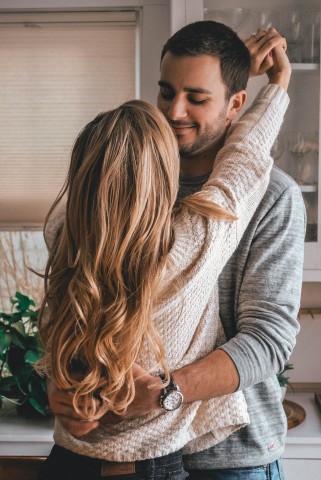 I know I said that there will be an instant attraction between these two. But there were some conditions attached to that scenario. You see, the Cancer man is averse to pomp and show. The Leo woman basks in it. So, they won’t find a connection in a situation where she is the center of all attention. When the two meet in a one-on-one setting, sparks will fly. This is where the Leo woman isn’t putting on a face to impress a crowd. They will be attracted to each other’s charm.

All her life men have tried to impress her by projecting themselves as superior to her. Here’s a man who is ready to consider her, his equal. Both the signs being fixed signs, initially, they will live as equals. The will to led will set in much later in the two of them. To the world, the Leo woman is arrogant and way in over her head. But the Cancer man will see the real her. He doesn’t judge her for keeping her head held high. In fact, he likes her confidence. That will be a real treat for her because this will help her open up.

With him, she can be affectionate. It might not seem like she is capable of showing affection for anyone but herself. But the Cancer man will bring out the love in her heart.

It wouldn’t take long for them to start dating officially. From there love will enter their relationship in no time. What makes these two soulmates has a lot to do with their shared needs than anything else. He is a man like none she has met before. The Cancer man is more considerate of the Leo woman than anyone has ever been. He lets her have her own way, most of the time they disagree. He knows that winning small battles against her is not worth hurting her feelings.

He protects her from rude, insensitive, and vulgar people. no one likes a woman who speaks her mind. Much less one who is sure of herself. This attracts lots of hate for the Leo woman. But the Cancer man understands and shields her from all that. He is too cautious to follow most of his dreams. But the Leo woman encourages her Cancer man to push his boundaries. This makes him do things he never thought he ever will. This leads to putting in motion ideas he shelved ages ago. His courage is renewed in the presence of the Leo woman.

Both the Leo women and Cancer men imagine a world where everything is perfect. Together, theirs’s a union that recognizes no law but their own. Together, they embark on building a world where no one from the outside can affect their utopia. This is where they will be happy like neither of them has ever been. 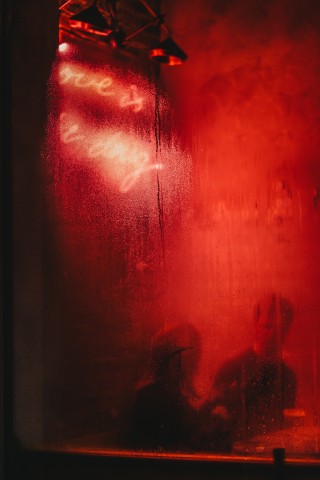 Very rarely do the Cancer man and Leo woman finds themselves at odds with each other. When they do, it doesn’t remain for long unless has a strong influence of some other sign in their natal chart that might cause them to drift apart. It essentially is a battle of impulsiveness vs. caution. He likes to do everything with care and doesn’t understand her will to pounce at everything that moves. She believes in instant action. She reacts when provoked and hates being asked to rationalize.

An underlying problem between the two is his desire to micromanage. She feels like there’s something wrong with their relationship, but can’t quite put a finger on it. This, however, leads to restlessness in the relationship that might antagonize her. A very problematic characteristic of Cancer men is his ability to imagine unintended hurt. Coupled with the nursing of her false pride, leads to long periods of discontent and fighting where neither would approach the other to settle the problem like adults.

When his mood changes with the turn of the moon it becomes too much for her to handle. Leo women like being the only drama queen in the relationship. So, when her Cancer man starts acting out and doesn’t let her have her way, she grows cranky and might break up. Most importantly, they can hold a grudge for a very long time. It would be especially detrimental to the relationship if she holds a grudge against his mother. She will always be the epitome of perfection and being on her wrong side will cause many fights between these two.

Is Marriage between a Cancer Man and a Leo Woman a Good Idea?

The straight answer to this is: YES! They make for the perfect couple in marriage. Provided the navigate through all the problems that might arise. Their sexual compatibility is something to be jealous of. She will allow him to take the lead at night when the moon rules. But this dynamic might change during the day when Sun is at its full strength. These changing roles make them discover that there can be newness and freshness to sex.

On some deliberation, the Leo woman will realize that his micromanaging is a result of his love and care. If she has been in love with other water signs, she should know that it is better to be micromanaged by a Cancer than the unreliable Pisces or the Scorpio’s sting. His moon ruled nature will reflect back her sunlight softly. Her tastes and choices will eventually rub off on his too. And they will start looking at things from a similar perspective. Or at least understand what the other person is expecting.

If the crab expects to lead in the important decision, he should let her rule the household. The Leo woman needs her dominion where she has unquestioned authority. Let her choose the drapes and deal with the milkmen and the maids. If this is denied, she’ll start ruling over him or the children. Better yet, let her pursue a career. The challenges of the outside world will make the Leo woman more harmonious at home. In fact, whenever she finds herself in a vulnerable place, he can take over to save the day.