One goes through astrology looking for concrete answers. While it will guide you through the power of the stars. Astrology is not a destination but a direction board. Not all zodiac signs can be compatible with each other. Yet, so many couples that should be at odds all the time are living a happy life. First of all, a lot of different stars affecting your personality. As you can see in your natal chart. But there is a force stronger than that of the stars. The power of love. So, if it seems like things will be difficult with your Capricorn man. But you love him too much to give up. Here’s all you need to know about the Aries woman and Capricorn man’s compatibility. This relationship is influenced by the 4-10 Sun Sign Pattern vibration. A lot of soul-testing is in store for couples influenced by the pattern. See the world through a different lens. Fall in love and then try to change the qualities they fell in love with. As he approaches the middle age, he becomes more carefree and adventure seeking. This is why Aries women get along with older Capricorn men better. The young ones make them nervous. They are always uptight, which is completely against the casual, happy-go-lucky nature of the Aries zodiac sign.

Both have a selfish streak in them. For different reasons, of course. She does it because of her thoughtless, infantile desires. He does it because he’s determined to not look back to see who slipped and fell behind. He envies her innocence and gaiety. But he would never admit it. Never communicate that to her, except for when he has to criticise. And that will make her feel like he doesn’t care.

The way they approach relationships also differs and so do their roles. She forms human relationships and associations on an impulsive and idealistic basis, governed by emotions. He forms them for practical reasons. So long as they can agree to disagree, they will be fine in this regard. He doesn’t recognise his Saturnine traits which affect others badly. Like his periodic binges of gloomy pessimism, hankering to grab the top rung of the ladder, etc. But the outspoken Aries female will tell him about all the ways he’s making her upset.

The way the initial attraction between these zodiac signs plays out is amazing. The air of loneliness around him draws her to him. In her typical Aries nature, she feels like he was waiting for her. Waiting for her to pull him out of his loneliness and show him the world. He might stifle her enthusiasm though with his slow responses. That is mainly because he is immune to her fiery enthusiasm. He is an Earth sign after all. The Earth doesn’t catch fire, the leaves are set ablaze. If she’s really into this man, she should practice patience.

He wouldn’t open up to her unless he thinks she really cares. He doesn’t usually open up about his interests outside of work. Or about his life and feelings in general. Her initial approach might be overwhelming for him. But if she slows down and patiently works on him, he will realise she was the one he was waiting for. Too much excitement and enthusiasm through him off. He will decide that this person is not worth his time. If he does open up, they can have a deeply satisfying and financially successful relationship. So, yes, all that work is worth something my dear Lady Ram.

Are Aries and Capricorn a Good Love Match? This couple is not without its problems. If you haven’t figured that out already, you will understand why now. He tries to mould her trusting, hopeful personality into a more conventional and acceptable form. He is impressed by the optimistic, bubbly conversation. Even her recklessness intrigues him. But as time passes, he tries to mould her. Suffice to say, she will not be moulded. She becomes stifled by his caution and tried to make him toss it over. Even though, his strong, silent aura of strength mystifies and excites her. It isn’t long before she starts to get irritated by it. He doesn’t take well to the attempts to change his personality.

Lack of communication will always be the bane of this relationship. She will have to extract the appreciation for life and living from inside of him. He won’t be able to express his love the way she wants him to. If they don’t work out a communication channel, they are bound to break up. He has a problem coping with reckless action and abandons, even in the name of love. That is the Aries signature move. He will often get annoyed when she takes something up and drops it when she loses interest. This shows a difference in character which he won’t be able to get around.

Their attitude toward money will also cause friction. He is a stickler when it comes to money. She doesn’t care about where it comes and where it goes. For example, if he loans money to her, he expects it back. She might forget that she owes him a debt. She might spend more money on him after that. But he would still insist that the loan is repaid.

Are Aries and Capricorns Sexually Compatible?

The soul-testing finds its way to their bed too. They have to overcome the same hurdles as in other things for sexual satisfaction. But if they have gotten this far, they are the perfect couple already. You see, the Capricorn man doesn’t lie around with everyone. Usually, he will never get this far with someone for whom they are not serious. Because they would much rather not pay for child care. He’s very practical and cautious about his actions. Doing something that can topple his life is not worth the risk.

A problem that they might face is that their sex drives don’t match. His sex impulses are controlled by Saturn, the planet of solid resistance, self-discipline and permeance. Hers are controlled by Mars symbolising the masculine principle of flaming penetration. He would rather remain lonely than be scorched by passion. So, they won’t engage in intercourse unless she’s the one he wants. So, it is safe to say that, she will be the one to initiate it. If she catches him when he is too weak to resist, he will respond with a fresh, enthusiastic expression of love with the kind of profound intensity only he can understand. This will surprise and delight her. 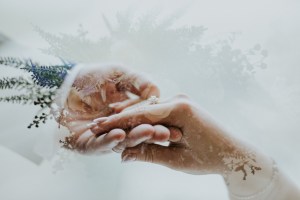 When it comes to this couple, there’s little hope for them to get married. He is way too invested in his career and ambitions to give her what she needs. She needs a man who can give their life the attention it deserves. He expects his partner to adjust with his style. More importantly, he will always marry up. So, if he feels that she cannot help him advance in life then he will leave her behind. Selfish, right? Well, he can justify it with logic about living a luxurious life. But the Aries thinks of marriage as a result of love. Not ambition.

They are most likely to get married if their stars are aligned right. If he has Moon in Aries, Sagittarius, Leo, Gemini, or Aquarius. Or she has the Moon in Capricorn, Taurus, Virgo, Pisces, or Scorpio. The differences between them will attract and not repel. With a harmonious Sun-Moon relationship, love between them can grow into deep and lasting devotion. Sexually and otherwise. If not, then to stay together, they will have to work a lot. If they have a love that strong, nothing will be able to tear them apart. In fact, they will be rewarded. Those who are victorious over the soul-testing of 4-10 vibrations are blessed by Venus. Gods and men long for Venus’s benevolent gaze on their love life.