The good old condom offers a 98% protection from pregnancy. Worn around the penis, the latex acts as a barrier and prevents the ejaculated fluid from reaching the vagina. Lamb skins tend to be less effective. Female condoms are placed inside the vagina and can be placed upto 8 hours before the intercourse.

Whether condoms ruin sexual pleasure or not has been a matter of debate in the recent past, in which unprotected sex has become quite common. There is a constant tussle between the viewpoints of people engaging in intercourse and brand owners occupied with endorsement as well as research workers as to the drawbacks and advantages of using a condom during sex. 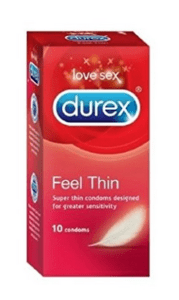 We have reached a time where women can choose which method she wants to adopt to avoid unwanted pregnancy. From IUDs to condoms to pills to women’s condoms now, women can decide on her contraception method.

Yes, female condoms are for free!

How to have a quick sex session?