He’s a piece of work. But he’s also a work of art. The Aries man cannot live in the middle. He always needs to be at the extreme of things. This same energy translates into passion in a relationship. The passion that can take the form of love. And also, passion whose fire can burn you down. But through it all, you won’t find a man like him. He can be everything that you ever dreamed of. All that a man should be. But every coin has two sides. If you take one, you need to be prepared for the other. Are you ready for the flip? Which side did the coin land on? 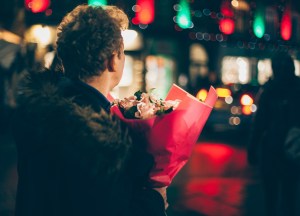 He certainly has a lot of charisma. Which will both attract and annoy you because you aren’t the only one attracted by it? Time for some truth though. If you are looking for some classic romance, then you are after the wrong person. There’s a lot of fire in a relationship with men of this zodiac. When things are going well he will be the best boyfriend ever. But the moment you insult or ignore him, he will throw tantrums like a baby.

He would walk with you every step of the journey. But if you slow down or stop, he will leave you behind. He is the epitome of everything good in this world. Until the time, he’s not. Aries men deal with their relationships in the same immature sense like everything else in their lives. Just like a baby, you will need to work hard to keep his attention. The moment you lose that, he’s gone.

How to Ask an Aries Man Out? Aries men love confident women. So, if you are interested in one, don’t shy away from asking him out. I have a few tips to share with you that will help you with this. The first, most important thing is to convey your intentions to him. So, flirt with him. Your interest in him will pique his interest too. This will make him open up and things will get easier for you from that point on. Be open about what you want. Aries men like women who are sure of themselves and know what they want. You see, he can’t work on subtle clues. He’s way immature for that. So, the simpler you make it, the better for him.

Show interest in what he likes. When you play with a child you don’t introduce them to Game of Thrones. You play with their toys to get them to talk to you. Meaning no offense to any Aries man, but that’s the tactic which works with this man. But while he opens up about himself, you need to stay a mystery. If you give it all out, he will lose interest. Don’t be an open book. Let him unravel your secrets with time. Finally, it’s important to be confident without being arrogant. If he smells weakness or nervousness, that will put him off. So, you need to be confident about yourself when asking him out. But don’t confuse it with arrogance, because that’s something he can’t stand. Even if he is known to be arrogant.

First Date with the Aries Man

Your first date with him is very important. If this goes wrong, he’s not giving you a second chance. Or at least, a serious second chance. Let him plan the date. He’ll be more than happy to take charge. That way he will be satisfied with the location at least. If you asked him out, then ask his opinion on where he would want to go. If nothing comes out of that, then wrack your brains over what he would enjoy the most. Keep him interested. It’s very important that the date does not get boring. He will associate you with that experience forever. So, keep him occupied with things to do or with conversations.

Ask him about himself. Men born under this zodiac sign can be a teeny bit narcissistic. Well, babies are used to getting all the attention in the room. So, wherever they go, they expect the same kind of attention. Make sure that you look your best on this date. There are no specific colors to wear on a date with him. Just put on whatever you know brings out your best look. More important than that is wearing your confidence. Don’t become submissive while trying to impress him. Establish yourself as a strong and independent woman. He loves a strong woman. The more challenging, the better. Being in a Long-Distance Relationship with an Aries man is not easy. He is a physical being. So, he prefers the presence of his lover around him. This means that more often than not, LDRs with Aries men are doomed. However, if he’s really into you, he will try to make it work. So long as you keep his attention your LDR will work. Keeping his attention is never equivalent to drama though. This means you need to keep reminding him of how important he is to you. Not just by words, but also by actions. Technology will help you a great deal in this.

Remember that he is possessive and distance can lead to jealousy. Make sure you don’t do anything that will make him question your loyalty. This means keeping a distance from other men around you. No, you don’t have to stop hanging out with your male colleagues or friends. Just don’t post pictures that show how happy you are in their company. Plan romantic rendezvous. Whenever you get the time, make sure you utilize it to see him. It is hard for the Aries to stay physically separated from their lovers for long. The less he sees you, the more he’ll forget. As a baby, you know.

Send cards and gifts to keep reminding him of you. If you send tokens of your memory to him, that is sure to help. Your absence will be compensated for some time. Yet, it is important that you take out time to see him as much as you can.

Signs Aries Man is in Love

Aries don’t believe in hiding their feelings. So, if you notice these signs, it means he has fallen in love with you. For starters, he will be very affectionate. Aries men are used to receiving love not giving it. So, if he has started publicly displaying his affection for you, that counts as a sign. Has he asked you to meet his parents? Or invited you to a get-together with his friends? When an Aries man includes you in his inner circle of people, he is serious about you. They would never introduce a girlfriend they don’t plan on staying for long with.

There’s a difference between a possessive and a protective Aries man. A possessive Aries man is concerned about his own ego and image. The protective one will make sure of your welfare. If your Aries man is walking you to your car. Or giving you his jacket in the cold, he’s protecting you. This screams that he is in love with you. He will even move over his own desire to be the center of attention. Instead, he will start paying you attention. He will be attentive to what you are saying. Will pay mind to even the slightest of features of your personality. You’ll know this when he compliments your new hairstyle.

When he’s in love, the Aries man will be all you need from a man. He will do anything for you. His happiness is in your happiness. This means he will get the stars for you if that’s what it takes.