It would be natural if you are second guessing your decision to date this Taurus man. Romance doesn’t seem like his cup of tea. You’re probably thinking if you are ready to live without a passionate love life. To you, I only have one thing to say, ‘Never judge a book by its cover’. Behind that calm demeanor is a passionate man. A wandering bull searching for the perfect woman to share his life with. If you ever have the opportunity, talk to a woman who is in a relationship with a Taurus man. She will tell you how he’s the most passionate lover she has ever known. After all, his ruling planet is Venus, the goddess of love. How could he fail at what comes naturally to him? Intrigued for a try? Allow me to guide you through a dating life with a Taurean man. He’s the real mystery man. There’s just so much about him that even years of marriage won’t help unravel. That is the beauty of being in love with a Taurus man. Like everything else in his life, he’s very careful in choosing his lady love. But when he has made his decision there is no one as passionate a lover as a Taurean. The Taurus man’s romance style can put many Libra men to shame. He is the most romantic partner of all the zodiac signs. When that happens his laid back attitude will disappear. That’s when he gets serious about playing.

This means that your shy Taurus lover will become super protective of you. He would stare down any guy who even looks your way in a menacing way. You might even see one of his rare outbursts if someone tries to mess with you. It sounds really nice but might put you in many embarrassing situations. You can never doubt his loyalty. Even when he’s trying to court you (something he rarely does), he will be loyal to you. Taurus men don’t believe in keeping a fall-back option.

He won’t make you dream of things that are unreachable. But he will give you everything within his reach. If you find romance in a man who promises the moon and stars, Taurus is not for you. But if you would rather have a man who will get what he promises, there is no better man. If you are going on your first date with the Taurus man then these tips will be very helpful for you. All your moves are going to be noted by him. His notes help him make the decision in the long run. So, it’s important you do the early dating phase right. Your goal should be to come across as a trustworthy person. This can be achieved best if you be yourself. They can sense pretense. And when he does he’ll know to stay away from you. There won’t be a second date with the Taurus man after that.

Chances are that you will be the one asking him out. Taurus men don’t generally start courting. So, choose a place that says romance. Go for the tried and tested options. Avoid going to risky places, like adventures and such. Under no circumstance go to a place where he might feel insecure and nervous. Don’t try to rush him through things on the first date. Don’t make a plan that requires you to be at a new place every hour. He likes to take his time to enjoy things. A single venue will work just fine for your dates in the beginning.

Try to plan to keep his routine in mind. He is a creature of routine. He would hate nothing more than having to disturb routine for a date. Like everything else, don’t experiment with the clothes you wear to the dates. There are a few colors that he prefers. Mostly these are colors that have a soothing feeling, like sky blue, pink, green, and brown. But never go for Red. You are dating a bull, remember?

Once you start dating a Taurus man there is little that can separate you. thankfully, long distance relationships don’t make the list. If he has committed to you then distance won’t affect it. When Taurus has decided something after careful deliberation then he commits. He knows that you are the person he wants to be with. He’ll remember that even if you are miles apart. If he trusts you then he has built it very tediously. He doesn’t trust easy. But when he does he doesn’t doubt after that. There won’t be any trust issues on either side. But that doesn’t mean you go around testing his trusting abilities.

He gets jealous easily. So, don’t give him reasons to stop trusting you. Long distance relationships are where his stubbornness is a virtue. His stubbornness towards his commitment will make him stick. And you can always depend on him. The dependability of a Taurus is well known. You can always count on him to be there for you, no matter what. Finally, being in a Long-distance relationship requires a lot of patience. One thing no one can deny is that he has the patience to be in an LDR. 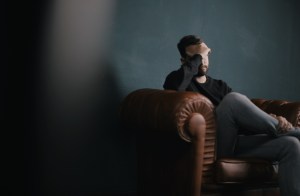 Remember I talked about the few things that can cause trouble in your relationship? Well, allow me to mention them now. Now some guys like a Sagittarius or Aries man will like an adventurous girlfriend. But Taurus men are no fans of overly adventurous partners. These people find comfort in the confines of their homes. So, please don’t push him to do new things. Or complain about him being boring like that. If you aren’t serious about a future with him you might want to step back. He can’t be with someone who isn’t planning long term. The day he told you he loves you he started planning for a future. If that is too much for you, then so is he.

He might seem lazy but you couldn’t be more wrong about him. In fact, lazy people are the biggest turn-offs for him. So, you might want to energize yourself. The lack of adventure doesn’t mean he will be ok with laziness. He’s a connoisseur of taste. You will see that he has the most exquisite choices. If you lack good taste then that will be very disheartening for him. If you don’t work on developing your taste, you might lose him. In his life, Taurus man always aims for stability. That’s what he has been working for forever. So, a partner who lacks stability will not be his long-term choice. If you are serious about this man then you better start getting your act together.

Dating a Taurean is one of the best romantic experiences you will ever have. The only thing you need to weather is his decision-making process. Once he is certain that you are the one, he will give you everything he has. So, be ready to become the object on envy of all your girlfriends. For he will give you the stability no other zodiac can. Just stay by the bull’s side and all will be well.