The word “feminism” has gained a lot of momentum in the recent years. According to me, it is the latest trend. People, in large numbers, are calling themselves feminists.

On the other hand,  a recent spurt in pro-women measures across the country is playing a pivotal role in misleading people about the nuances of feminism. The pertinent question that arises now is “What exactly is feminism and how can it be achieved?”

Feminism is not the opposite of patriarchy

I have observed a number of people perceiving feminism to be the antonym of patriarchy. Patriarchy refers to the social system where the man dominates the social, political and economic spheres of life. It subjugates women and treats women as inferior to men. Feminism, on the other hand, deals with the problems that people of both the genders face because of the existing stereotypes and myths catering to men and women. It advocates that both men and women must have the right to all kinds of opportunities that they wish to have. A person’s gender should not thwart him from making certain choices in life. Feminism is in no way related to matriarchy which again denies men the right to be equal. Feminism is that delicate balance which our society is in dire need of.

Feminism is not women empowerment I am from a reputed girls’ college of the country. Stimulating discussions and debates revolving around feminism and gender inequality is a very common sight. One point that is reinforced again and again in all these discussions is that women empowerment and feminism are poles apart. To believe that all the men are at a better position than all the women is sheer ignorance. While women are often the easy targets of oppression, a large chunk of male population is also a victim of the social conditioning which defines men and women with respect to certain traits they must forcefully imbibe. How many men have you seen boasting overtly of their culinary skills? How many women have you observed opting for boxing as a profession? Feminism is the liberty to chase one’s dreams without paying heed to the gender norms.

Feminism must be taught since childhood Feminism is like the English Alphabet. If not taught at the right time, it will ruin the future education of the child. On similar lines, feminism is a concept which must be hammered at the correct age to help kids become sensible and responsible human beings in the future. Your five-year old might have an inclination towards the color “pink”. Poking fun at him for being “girly” teaches your child to act in a deceptive manner. He will fear being vocal about his likes throughout his life. Discouraging girls to play a sport like cricket because it is not what girls do is like killing her childhood by taking away the only thing she looks forward to. Not respecting your child’s choices and molding them the way you think is correct is the worst form of parenting which everyone must refrain from. Feminism is, therefore, the tool to help individuals find their true selves and live an authentic life. 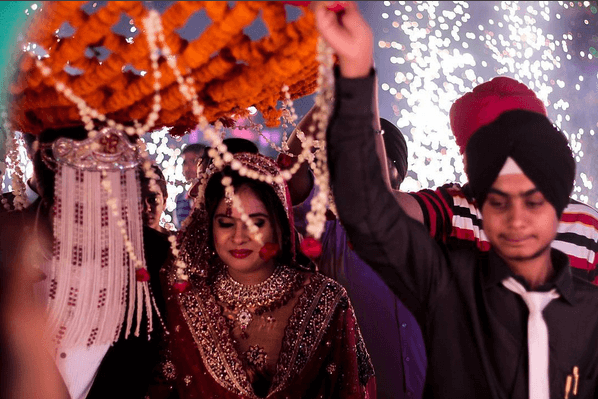 Irrespective of whichever social strata people belong to, the question is marriage pops up reminding everyone of their sole purpose in life. Age plays a monumental role in deciding the right time to get hitched. While boys get the freedom to experiment with their careers till late 20’s, women often face the societal pressure to get settled by the age of 25. Experimenting with her life is totally out of question. Feminism is that platform which gives young people the power to decide what exactly the right time to get hitched is.

Sharing household duties, women wives, taking care of kids are another set of marital complexities which require a feminist mindset to deal effectively with.

Bollywood is known for churning out some of the finest movies of Indian cinema. Movies like Ki and Ka is quintessence of the kind of feminism that is needed in our country. The movie represents the female protagonist to be a career driven wife who takes the onus of running the household on herself. The husband, interestingly, decides to look after the household chores and decides not to work. Isn’t this a noble thought? And what about the movie Queen? The actress, on being dumped by her boyfriend, decides to go for her honeymoon alone. Another cult movie I am reminded of is Mary Kom. Priyanka Chopra’s burning desire to be an ace boxer was backed by her husband’s unrelenting support. He not only supported her emotionally, but took charge of both the kids when she wasn’t around. It’s good to see how Indian cinema has welcomed revolutionary ideas pertaining to gender inequality.

The onset of 21st century has been witness to a strong wave of feminist movements who are leaving no stone unturned to voice their opinions and make various social and political spheres gender-friendly. The gender pay gap that exists around the world is being openly spoken against. Women, across the world, are of the view that if they work as hard as men, they should be entitled to equal wages. Another feminist section of the society demands maternity as well as paternity leaves to parents who want to be with their infants for the initial months. They are of the view that bringing up and nurturing a child is the responsibility of both the parents. Celebrating fatherhood is equally important and vital for the proper development of the child. Campaigns like “Dark is beautiful” is proving successful in busting myths with regard to the concept of real beauty. More and more parents are being encouraged to discuss regarding menstrual issues with their daughters. A plethora of virtual platforms have come up where regular discussions on feminism take place that aim to empower both men and women stuck in rigid gender roles.

When will the world really become feminist?

Have you ever wondered how a feminist world really looks like? It is definitely not utopian and can be achieved with a paradigm shift in archaic mindsets that ask people to behave in a certain way just because they belong to a particular gender. Seeing everyone with a lens of humanity will work wonders in eliminating any kind of gender bias that exists in the society. Identifying and speaking against stereotypes is another powerful way to keep prejudice aside. Our society will truly be called a feminist one when boys will be allowed to sob as much they want to, when girls will be permitted to play football without making them feel uncomfortable about their choices, when men do not shy away from cooking when they feel like, when “like a girl” isn’t an insult and when both men and women collaborate to fight against the other menaces that the world is ridden with.

I am an ardent believer of the fact that feminism and humanity are intrinsically linked with each other. Feminism makes a person sensitive to the pressing needs of the society. It is like the magical wand that can set a lot of things straight.