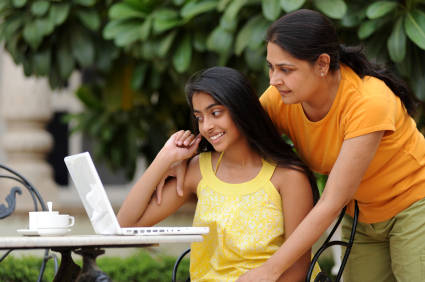 An educated person is not just able to read and write but can differentiate and reason situations well. India is still tied in the shackles of inequality. The repercussions tend to have the most severe affect on its womanhood. They say, if you educate a woman, you educate the entire family. It is here that education plays a significant role. A woman plays several roles. Each role demanding something new, responsible and more challenging. Unless we take charge of our own self in the most responsible fashion, we cannot possibly justify every role that we are expected to play.

The literacy drive in India, though has been partially successful, one often wonders the extent to which the same has produced substantial results. Certain Welfare schemes for women include: Mahila Samakhya Programme, Kasturba Gandhi Balika Vidyalaya Scheme, National Programme for education of Girls at Elementary Level, Saakshar Bharat Mission for Female Literacy.

An increase in the standards of living and expenses demands that a woman is able to add to her family income. Most women depend of their husbands to grant them permission to work beyond the confines of their houses. A restricted number of educated women in the country limits their choice of profession. One can easily identify certain markers that have come about as challenges to women’s education in India. A rigid social structure strengthened by age- old customs and traditions have enslaved women. However, not all can be seen as victims. Unfortunately, older women tend to support men in an effort to perpetrate subjection of women in the most manipulative way. Discrimination on the basis of caste, class, creed and religion has challenged a woman’s right to avail opportunities. The establishment of the idea of a woman being confined within the walls of her house often neglected her basic right to primary education. Although a comparison can be drawn between women belonging to different classes, whereby the same of a higher class understands the need to be aware and educated, the media playing a massive role in the propagation of women’s rights.

Poverty stricken families withdraw their girl child from schools and choose to get them married to wealthier prospects. They are married off at a tender age, conceive soon and are burdened with the task of fulfilling household responsibilities, taking care of their children, husband and in- laws. Hence, the poor find education of the girl child to be an unnecessary investment. According to the latest Census reports, one in every six females in India have been married before the age of 18, the minimum official marital age for females. The Nation Crime Records Bureau has recorded only 948 cases of promotion and performance of child marriages, the Indian Express states. Cases of rapes, human trafficking and sexual harassment at work places have been rampant. Women have to deal with the accusation of calling it upon themselves. Only 4 percent of the female population work in the organised sector.

The level of education of a society is a determinant factor of its development. Given the sense of insecurity that a lot of women in India feel, it is important that women see and value their education as a weapon to drive out evils from their lives. The high handedness of males in a patriarchal society has oppressed and subjugated women. In comparison to a male child, a girl often feels neglected which adds to her sense of deprivation. At every step she feels the need to prove her mettle. In the absence of an effective and qualitative education, one finds it difficult to meet challenges. Hence, educating a girl child becomes a collective responsibility to ensure social harmony, peace and order.