The Scorpio man is a mystery unto himself. Not everyone can figure him out. Not even his own mother can. So, if you find yourself distanced by your Scorpio love, fear not. You still have a chance at getting him back. That is what Astrology for lovers is all about. Helping you understand the nuances of your loved one. When it comes to the men of this zodiac sign, you might get fooled by the mask they always wear. The Scorpio guy seems to be thinking one thing but can hide a lot of emotions underneath. Then out of nowhere, he takes offense on something you never knew mattered. But if you have had a falling out recently, there’s still chance to make amends. Just follow my advice, and you’ll have your man back in no time. 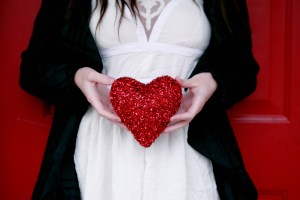 Signs That a Scorpio Man Has Lost Interest

Let’s begin by understanding what it looks like when he loses interest. Because it may be happening to you and you can’t even tell. If he seems like he’s avoiding you, then that is a sign. Scorpio men are generally elusive. But when it gets too much and he is blatantly trying to avoid you, then you have cause for worry. Remember how he used to pay close attention to everything you said? When he loses interest, he will rarely listen to what you are saying. He will always have something else on his mind. It will become evident that he is only pretending to pay attention.

The men born under this zodiac are usually very concerned about looking good in front of their lovers. But if he doesn’t care what you think about his physical appearance, then he has lost interest. This means he doesn’t care if you are attracted to him or not. If he’s not interested in your opinion, he isn’t interested in you. Which brings us to the next point. He wouldn’t even care to ask for your opinion. Scorpio men tend to make decisions on their own. Still, they do like to include their better half in important decisions. If he’s making decisions all on his own, then he doesn’t want you to be involved.

He’s not a very physical man, but if he’s not the one to initiate hugs or other displays of affection, then you have reason to be worried. Scorpio men keep the people they aren’t affectionate towards at a distance. If you have fallen into that category, you will be the one going in for hugs.

How to Make a Scorpio Man Want You Back?

Even if you couldn’t salvage your relationship on time, don’t worry. You can bounce back from a relationship if you follow these tips. Start by sharing your successes. Scorpio men are attracted to successful women. If he sees that you are at the top of your game, he will want to know more. This peaked interest can work very well in your favor. But avoid conveying that the break-up had shattered you. It is important to keep an upbeat and positive approach. Let him know that you are living your life to its fullest. You are not doing this to make him jealous. But to let the Scorpio guy be aware of the positivity you will bring to his life.

Now, if he has entered your life again, you need to choose your words carefully. Start by owning up to your faults that caused the break-up. I’m not saying you were the only one at fault. But this will help him open up again. If the stars are aligned right, he might even apologize back. But beating around the bush won’t help. Don’t dig up old graves and focus on the new. Make it work like it’s a new relationship. Focus on new and exciting things. Or things that help you bond with him.

If you haven’t been on talking terms, then take it nice and easy. Don’t bother him by calling or texting too often. You need to go easy on this and give him enough space to make up his own mind. If you think that nagging him will help, then you couldn’t be more wrong.

How to Keep a Scorpio Man Hooked? Now that you have him back, you need to keep him hooked. He might not show it, but he falls prey to compliments. So, compliment and appreciate him as much as you can. It makes him get a sense of being needed. This might not seem like something that fits his character but that’s how it is with these men. You need to initiate sex, so, that he knows you desire him physically. It is very important for him to feel desired. If he feels like you are doing it just to pass time, then he will get crazy.

On the other hand, you need to appeal to him physically. The kind of person you are matters a lot. But if you put in an effort to look good for him, that will mean a lot to him. It shows that you care about his opinion. Also, the fact that you would work to keep him attracted will keep him hooked. You also need to be honest and trustworthy. This was something you figured the first time you started dating. If not, then know that loyalty is very important to him. He should not hesitate before trusting you in anything.

If he does hold back, he won’t be serious about the relationship. Never try to control him. He is his own man. If there’s one thing that Scorpio men hate more than anything else, it’s being controlled. It makes them feel like you don’t trust their judgment.

Is Your Scorpio Man Just Using You?

When you get back in a relationship, there’s always something you need to check for. Is he back for good or just for the fun? While you shouldn’t let doubt cloud your relationship. But it is always better to be sure of his feelings. So, look for these signs to know if he’s using you. Is he talking about sex a lot? Scorpio men are known to be the worshippers of sexual union. But they don’t talk about it all the time. They understand the importance of keeping the passion sacred. So, if sex is all he wants to do, then he is just using you. Is he avoiding going out with you? A man who is in a relationship just for fun would never want to be seen with the girl he’s fooling in public. That would hamper his chances with other women. The same is true for Scorpio men.

Has he refused to meet your friends and family? You bet he’s using you if he has. Meeting your near and dear ones are taking a step towards commitment. If he’s using you then he doesn’t want to go down that road. If he already knows your friends from when he was dating you earlier, then he doesn’t want them to get any ideas. Is he still as closed up as he was when you started trying to get back together? I cannot stress this enough but Scorpio men don’t open up to people they don’t feel a connection with. He isn’t a very expressive man. But if he’s serious about you then you will notice the difference between his approach towards his friends and you. If he gives you the same cold shoulder, he gives them, then he is faking this relationship. This is not the man you want to be with, girl!