Ever felt that an opportunity once lost will never come back to you again? That you’ll live the rest of your life worrying about how you should’ve taken that chance or done that thing? Ever felt like you’ll miss out? That my dear reader is the FOMO, the Fear of Missing out. A FOMO can be a one-time thing or a nightmare that will last a lifetime. But like all other things to a large extent you share your FOMOs with your fellow zodiac people. astrology has revealed what each zodiac fears most they will miss out. Based on that here’s a blog on what your greatest FOMO is, according to your zodiac sign. If you’ve seen the 1965 musical classic, “The Sound of Music”, you also remember the song “Maria” about the female protagonist. You are probably singing the song already. Well, that song defines in detail the Aries FOMO: missing out on an adventure. Listening to that song one feels Maria is probably an Aries too. The lines“How do you catch a cloud and pin it down?” and “How do you keep a wave upon the sand?” resonate with how Aries cannot stay in one place. So, their biggest fear is that if they settle at one place, they’ll lose out on all that this world has to offer. Can you blame this poor zodiac?

The people of this zodiac know that life is one big experience. Made up of the little ones you gain along the way. So, the thing that Taureans fear the most is missing out on gaining new experiences and learning new things. You’ll always see them signing up for new classes when they have the time. Their YouTube history is probably filled with “How to” and D.I.Y. videos. Taureans never shy away from learning and know that every experience, every day has something more to offer.

Gemini is a very active social sign. The people of this zodiac have all the latest gossip and can be seen at all the best gatherings of the year. Their social media accounts are filled with such events. So, naturally, their biggest fear is missing out on opportunities for entertainment with a group of people. They have major FOMO breakdowns when they have to live a party on Facebook Live or have to catch up with their friends the next day. Their life is made up majorly of these awesome memories made at wonderful parties. Also, they are the life and soul most of the times, so, how can they miss out?

If you have been reading these blogs about zodiac signs, you’ve probably guessed the FOMO of this particular zodiac. No? Let me help you then, it has got something to do with love. Cancerians don’t want to miss out on opportunities related to love. These could either be finding love or express love, they just cannot miss out on something that can turn into a memory of a lifetime. Cancerians like to do things with grandeur, especially when it comes to expressing their love for someone. They would hate to miss out on that one time where they could’ve made their loved one feel special.

Leos love being the center of attention. Don’t hold it against them, they just like to have the front row experience in everything awesome. And their idea of the front row is being at the center of everything. So, this zodiac’s greatest FOMO is not being with their friends. They firmly believe that all the awesome and wonderful things in the world happen to their friends. How couldn’t it be so? The Leo has hand-picked these gems from an ocean of unworthy contestants. If ever their friends are making a plan, they secretly wish, or more accurately DESPERATELY WANT to be a part of it.

Virgos are diligent workers. Being the biggest critics of their own selves, they strive for perfection. But of course, that perfection comes with a lot of hard work. When they attain the results, the FOMO sets in. The FOMO of not getting due credit for their work. They are not hungry for validation or crave approval. They just need to know that their efforts are appreciated. So, even if someone else lays claim on what they do, as long as that person recognizes their work, they are satisfied. But if they feel even remotely threatened about the ownership of their work, they get the major freak out.

Libras love balance in their lives. They always try to live the best of all the worlds. Hence, they usually are the most satisfied people for everything and everyone around them is in order. Naturally, their greatest FOMO is losing balance in their life. The people of this zodiac strive only in a balanced world. If work gets too much, they long for the more carefree times. If there is too much fun, they get worried about the discipline that works brought to their existence. They cannot have one thing without the other for too long.

The Sagittarius is a free-spirit. Guess what the free spirit loves the most? Party! It might sound a little too specific, but it cannot be denied that the biggest FOMO of the people of this zodiac is missing out on parties. Parties are where everyone gets together to let go. That is where there will be no judgments, no boundaries, no nothing. Naturally, the centaur feels most at home in this open field, no matter how crowded it might be. Thus, whenever they see a party going on through the internet, they long to be a part of the opportunity the way Romeo longed for Juliet.

The life of a Capricorn is about success. They thrive in the most unfavorable of situations purely because of their will to succeed. But success comes to those who are willing to risk something different. So, the greatest FOMO of the people of this zodiac is to lack the courage to take a life-changing risk. You never know what might change your life. The Capricorns always remain ready for that opportunity which is going to turn things around. But what if they miss that chance? What if they are too scared to pursue it? What are they miss out on the best thing that would ever happen to them? This is not limited to work but extend to all facets of their life.

You are a whole party within yourself. The people of this zodiac aren’t dependent on anyone for the entertainment in their life. What do they fear most then? Their greatest FOMO is boredom. Aquarians cannot stand to not be having fun. They fear everything that bores them. In those situations, they would even give up the company of themselves to be with others. In times like those, they beat themselves for not having made plans in advance. Whenever an Aquarius invites you to hang out, give them that for they will probably die of boredom.

The FOMO of a Pisces only resonates with their mature personalities. They know that the most important thing in life is the people you share it with. Be it their friends or family, Pisces know how valuable they all are to them. Thus, their biggest FOMO is not being able to spend enough time with their loved ones. They hate it when they have to miss their children’s recital because of something at the office or even a health issue. They are always the ones ready for a trip with friends. The Pisces put in all the effort they can to stay connected and in touch. So, they most fear not being able to be in touch. 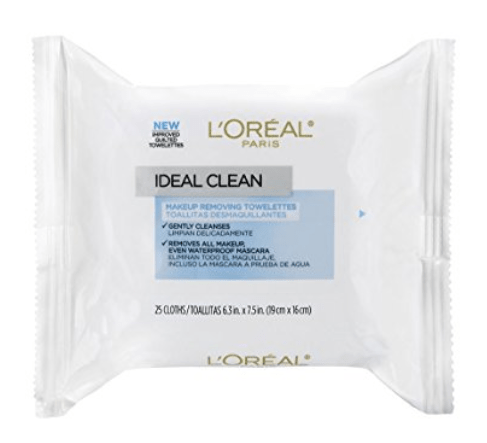