What should you know if you want to win his heart? Firstly, you should know that he won’t fight for your heart and soul if you are just sitting there, painting your nails and talking on a phone with several friends. Yes, some people would say that being a person who makes a first move is not women-like. And they will be right. In an idiotic utopic world. 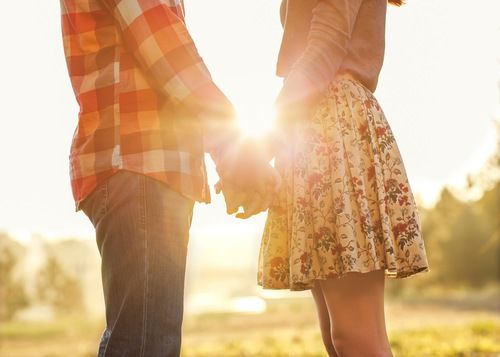 In fact, there is a widespread misconception that men love with their eyes. Yes, a pretty façade will definitely turn him on. But what is the most powerful engine in the human body? Heart, of course! Nothing is more serious than pumping blood in somebody’s veins! Excite, surprise, and don’t you ever hesitate to give him a mini-heart attack when you suddenly disappear from a date to make his heart really racing. The left hemisphere is responsible for emotional splashes, affection and it is something that you are not capable of controlling. Our brain is a complicated system, and there is no mystery that men and women perceive things in a different way. For example, if a guy feels something overwhelming, he finds it insane to be emotional, so he blocks emotional side with the logical influence in order to maximize stability. So what you want to do is step on his logic with the highest heel possible. Be a rollercoaster, but not a hot mess.

When we are stable, our heart rate is approximately 60 bpm, but when we run, our heart actually reaches 120 to even 200 bpm. If you make his pulse racing after a game, you are the one and only that he will ever need. I’ll explain it in the easiest way possible.

Offer a quick game where he needs to physically chase you. His basic instincts together with animal reflexes and adrenalin will make him want you even more. Just MAKE HIM DO SOMETHING! Ask your date to support you on a monthly marathon, go to the gym together, make him fix your air conditioner, ask to fetch you something. Any physical requirements will only make him alive, pumped up, beloved wanted and all of that good stuff.

Why do all women spoil their men? You can definitely tell if a guy is in a relationship. He starts to grow a second chin, a little belly, becomes lazy and all of that happens only because a poor thing doesn’t see any candidate to impress anymore. But if you make him move, run, bring, do, make, you’ll definitely improve not only his physical state but his personal skills.

Get his friends involved

Men rarely talk about their ladies, boast or share too much information. It’s usually “hey, she has a nice butt” statement, or “cool girl”. But friends never say things like “man, I am really jealous, she’s gold”. So why not make his comrades pronounce this? You can just straight away ask his bff’s to say these words because other males validation is crucial!

The man of your dream will listen to the words his friend said and definitely take it into consideration. Why not? Of course, he wouldn’t lie or talk crap. Those schemes instantly switch on the attentiveness, the man becomes alarmed and ready to be sure in dude’s words. Besides that, now you have a mini-secret with his company. Isn’t that even more declaring?