India has always been known for the dusky skin women with one of the most beautiful features in the world. But little did we knew, these dusky queens will take over the international runway. From the era of Aishwarya Rai Bachchan, Sushmita Sen being the Beauty queens and representing the world to Priyanka Chopra making India proud , the women in India never failed to make India proud. Let it be Pirelli calender or the ruling Victoria Secrets, Indian models have overpowered the ramp by walking for all the renowned brands in the world. Let’s quickly take a glimpse to know more about these Indian beauties. 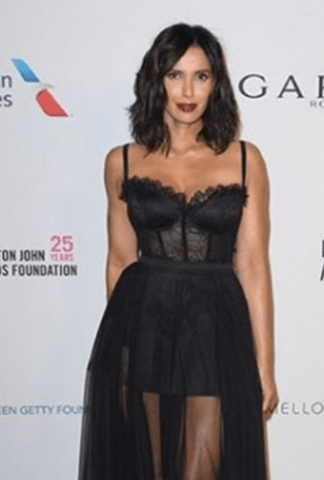 Little is if we talk about this woman. She is not just a model; she is an actress, food expert, television host and an author. Laxmi was born in Chennai and spent most of her life in New York. At her 14th age she met with an accident which gave her a 7 inch long scar on her right arm. Her modeling began in 21 years of age and she was spotted at a café by a modeling agent. She walked for the renowned designers like Giorgia Armani, Ralph Lauren, Gianni Versace, Alberta Ferrati and many more. She has also showed her presence for Roberto Cavalli and Versus as well.

This dusky beauty from Bangalore started her career in modeling just for the sake of pocket money. She clearly reveals that she didn’t get much appreciation and much ads in India. Fortunately, John Paul Gaultier was looking for an Indian girl to walk for his show in Paris and she did few shows and from there on she slowly by slowly took over as a super model. She has worked for famous brands like Hermes, Max Mara, Givenchy, H&M, J Crew, Bergdorf Goodman, Bloomingdales and many more. From being the ‘Femina Look of the year’ when she was 17 years old to being in the top 15 in ‘Elite Model Look’ contests. She has walked the runway for Dolce & Gabbana, Roberto Cavalli, Hugo Boss, Victoria’s Secret, Gucci, Givenchy, Valentino, and Betsy Johnson. She has been the cover face for Elle, Time, L’officiel, Tank and Women’s Wear Daily. She has been very famous even in India as well as internationally.

This beautiful girl from Delhi is a newbie but has gone far very soon and taking over the supermodel tag swiftly. From starting her career in modelling with a local publication to auto expo and then being a supermodel was all about believing in herself. She is born in New Delhi and done her schoolings from Karnal, Haryana. Despite of much and much criticism, she made her way to what she dreamnt. She walks mostly for the fall/winter collections like Hermes Chanel. Jaun Paul Gaultier, Roberto Cavalli, Ferragamo, Fendi, Versace and the list is endless. Going against her parents and dropping the engineering career, this girl was sure what she wants. She is born in UP and was has participated prior in beauty contests like Clean & Clear Fresh face, Indian Princess and from there she was selected by Elite Model Management. She has walked for Roberto Cavalli, Louis Vuitton, Givenchy, Alexander McQueen, J.W Anderson, Top shop and also been the cover face for Italian Vogue and Numero China.

This dusky beauty from Guwahati, Assam is now one of the Indian face shining in Victoria Secret. Not only she is an actress and showed her acting skills in Guzaarish by doing her debut. She started by winning the Metropolitan Top Contest of France. She has walked for the most renowned brands like Christian Dior, Vivienne Westwood, Chloe and Leonard. She has appeared in magazines like Vogue, Elle, and Tank Magazine. She is rising day by day and planning to show her skills both in modeling and acting. This Sikh girl was too young when she entered the modeling industry, can you imagine just 14 years old. Internationally, she made her debut in Burberry’s fashion show. Apparently, she was the first Indian model to be featured for Burberry Campaign. She has also walked for Kanye west fashion show, Dior, Abercrombie and Fitch. Like all other models, she has also face a lot of criticism and didn’t quit.

How swiftly these young ladies are blazing the ramp abroad and making us proud by their exotic Indian beauty which is taking over the major brand ramps and just proving that they are not less than a supermodel. Breaking through the criticism and stereotypes, we see these ladies walking with pride through the runway with no fear. Do we need to say more about them, they are making us proud.