The world has tried to dominate women since time immemorial. Men have used the superiority of their physical strength to establish themselves as a superior gender and filled everyone’s mind with the same bias. Societies all around the world practice discrimination against women in one form or the other and history are filled with accounts of those few enlightened souls that stood up to these biases. The Indian subcontinent wasn’t untouched by these prejudices either. Although equal rights were given to everyone since the constitution came into effect, we are still far from equality. Despite the differences that surround the females of our nation, hope for a better future keeps growing stronger when we see and hear the stories of all those who were given a chance to shine. Gone are the days when boys played sports and girls played with dolls. The Indian female Sports stars of today are earning more name and fame than the men. Breaking down all social barriers and stereotypes, these women are out to show the world that physical strength is not a weakness for them anymore. The women on this list are hard working, dedicated, and earning international recognition, hailing our national flag and increasing our pride. 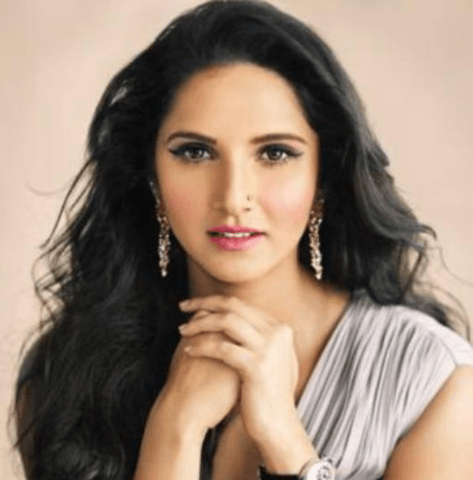 India’s leading female tennis player has been the nation’s pride and an inspiration for all since she began her professional career in 2003. Trained by her father at the young age of 6, Sania went on to get recognized in the local circuit as a prodigiously talented teenage tennis star. She received global recognition following her Girls’ Doubles title at Wimbledon Championships in 2003. She also won 4 gold medals in the Afro-Asian Games the same year. 2004 onwards Sania’s career took a roller-coaster ride to success. She tasted success in the WTA circuit and won 6 singles’ titles on the ITF circuit as well. The following year she achieved new heights as she reached the third round of the Australian Open Women’s Singles’ tournament, second round at Wimbledon, and the fourth round at the US Open. Despite setting new records each season Sania wasn’t able to perform as well as she would’ve liked in Women’s singles tournament at the Grand Slams. Things took a bad turn in 2008 when she suffered a wrist injury that affected her game. After taking a break mid-season, Sania made a comeback by winning her first Grand Slam in Australian Open’s Mixed Doubles title with Mahesh Bhupathi. From 2011, Sania shifted her focus on the doubles game which gave her much better results than singles. In 2013, she retired from singles and went on to multiple Grand Slams in women’s and mixed doubles, establishing herself as No. 1 women’s doubles tennis player in April 2015. This 26-year-old Badminton star caught the attention of all badminton enthusiasts around the globe following her tremendous performance at the 2008 Beijing Olympics. The stories from her younger years are an inspiration to all sports aspirants and their families as they are filled with instances of failure, drawbacks, intense hard work and great family support. She burst into the limelight after winning the Under-19 National Championships in 2006. She won the BWT World Junior Championships the same year. Her incredible performance at the Beijing Olympics and victory at the Chinese-Taipei Open the same year inspired many Indians to follow her sport. In 2004, she became the first Indian to win the Indonesian Open, a title that she successfully defended the following year as well, along with the Singapore Open. Saina won her first Commonwealth gold at the 2010 games in New Delhi and rounded off the year with Indonesian Superseries title. The following years turned out to be as glorious for Saina, with her being declared the No.1 woman player in the Badminton World Federation ranking in 2015. Saina continues to surprise and inspire and has remained among the world’s top players in Women’s Badminton.

Chungneijang Mery Kom Hmangte, known to the Boxing World, as Mary Kom, is the first Indian woman boxer to have qualified for the Olympics in 2012 where she won a Bronze medal, thus establishing herself as a force to reckon with. Despite the lack of support from her parents, Mary made a name for herself in International Boxing with the rock solid support of her husband. She earned recognition at National level when she won her first National Championship in 2000 and defended her title successfully till 2005. In 2010, she rose to fame globally when she won her fifth consecutive gold at the AIBA Women’s World Boxing Championship. She’s the only female boxer to win a medal in 6 consecutive world championships. Mary became the first Indian Woman boxer to win a gold medal at the Asian Games in 2014, the same year that her biopic titled ‘Mary Kom’ released in India which starred the celebrated actress Priyanka Chopra, who also features on this list. Inspired by Dingko Singh’s gold medal in boxing at the Asian Games in 1998 to take up boxing, Mary has now inspired millions of girls worldwide to take up the sport and families to support their daughters in doing so.

The ‘Queen of Indian Track and Field’ is the first, now-retired, sportswoman on this list, and boasts the record of 101 international medals in her sport. Regarded as one of the greatest athletes that India has ever seen, Pilavullakandi Thekkeparambil Usha was noticed by her career-long coach O. M. Nambiar at the 1979 National School Games. Usha made a glorious international debut in 1980 at the Pakistan Open National meet held in Karachi, where she won 4 gold medals. Although her Olympics debut at 1980 Moscow Olympics was lackluster, this ‘Golden Girl’ from Kerela wasn’t one to give up and proved her mettle to the world at the 1982 New Delhi Asian Games where she won the silver medal in the 100m and 200m events. After the 1982 Asian Games, PT Usha kept getting better and more acclaimed every year. In 1983 she won a gold medal at the Asian Track and Field Championship (ATF), Kuwait in the 400m category, setting a new record. This was only the beginning of the glorious ATF meets period of 1983-89 where she won 13 gold medals. The ‘Payyoli express’s’ consistent hard work failed to pay off at the 1984 Los Angeles Olympics where she lost the bronze medal by 1/100th of a second. But she made up for this loss at the 1986 Asian Games at Seoul by winning 4 gold and 1 silver medal. She also made the world record for most gold medals (5) won at a single track meet by a female athlete at the 1985 ATF meet at Jakarta. PT Usha was awarded the Padma Shri award in 1984 and she now coaches young athletes at her training institute Usha School of Athletics in Koyilandy, Kerela. 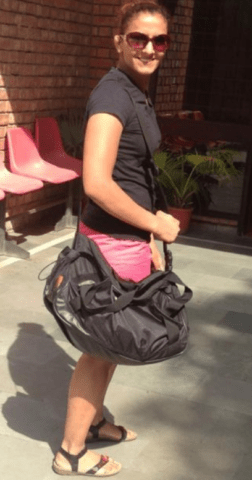 If you haven’t heard of the Phogat sisters before then you surely must have heard of the blockbuster movie ‘Dangal,’ which is a biopic based on the pioneers of female wrestling in the family, Geeta and Babita Phogat and the contribution of their father, Mahavir Singh Phogat. Although the movie centralizes around the eldest and first to join the sport, Geeta, and Babita, this pack of sisters has 4 other members which include Ritu, Sangeeta, Vinesh, and Priyanka, the last two being the daughters of Mahavir Singh’s brother. Inspired by Karnam Malleswari’s bronze medal at the 2000 Sydney Olympics, former wrestler Mahavir Phogat began training his daughters in wrestling, a first in the state of Haryana, where fathers were usually more concerned about getting their daughters married. Geeta started making a name for herself on the local circuit, where due to the lack of female opponents, she fought and defeated male wrestlers. Due to the lack of proper training facilities in their village, Geeta and Babita enrolled into the Sports Authority of India’s center in Sonipat. Geeta, Babita, and Vinesh have won gold medals at the Commonwealth Games in different weight categories. Not only this, Geeta and Babita alone have won 19 international medals so far, and their success has caught a lot of media attention particularly due to the women’s rights issues that are prevalent in Haryana. This next badminton star in our list garnered international attention in September 2012 when she featured in the top 20 of BWF World rankings, at the age of 17. PV Sindhu started her international career with a bronze medal at 2009 Sub-Junior Asian Badminton championships held in Columbo. She won her maiden international gold at the 2013 Malaysian Open, and another gold later the same year at the Macau Open Grand Prix, following which she was awarded the Arjuna Award by the Government of India. Sindhu created history at the 2014 BWF World championships by becoming the first Indian to win 2 back-to-back medals at the event. In 2015, she received the Padma Shri award from the Government of India. Her silver medal at the 2016 Rio Olympics made her the first Indian female silver medalist of the Olympics. India’s first female Olympic medalist in wrestling was inspired to take up the sport of her grandfather, Baldhu Ram, who was a wrestler. Starting her training at the age of 12, Sakshi marked her first professional success at the 2010 Junior World Championship where she won a bronze. Her next milestone was a gold at the 2014 Dave Schultz International tournament from where she never looked back. Her journey to the Olympic medal began with a silver medal at the 2014 Glasgow Commonwealth Games in the 58kg category. In 2015, she won another bronze at the Asian Championships in Doha in the 60kg category. This hardworking and determined wrestler ended India’s medal drought at the Rio Olympics by winning a bronze in the 58kg category. Malik was later awarded Khel Ratna by the Government of India which is the highest sporting honor in the country.

The former captain of the Indian Women’s Cricket team is the ‘Sachin Tendulkar of women’s cricket’ although comparatively lesser known due to the lack of importance given to the women’s team in the country. Mithali started her training at the age of 10, and within the next 7 years got selected for the Indian team. Her ODI debut against Ireland in 1999 was marked by a score of 114 not out. She broke World’s highest individual test score of 209*, in 2002 during her third test with a score of 214 against England. After drawing out of the CricInfoWomen’s World Cup 2002, she led the team to the finals in the 2005 World Cup against Australia. 2006 marked a super successful year for the team under Mithali’s captaincy where she led them to their first-ever Test series victory against England and the Asia Cup winner’s title. Mithali starred as the No. 1 cricketer in the ODI chart at the 2013 Women’s World Cup. Raj is the second person to score 5000 runs in Women ODI cricket and was awarded the Padma Shri in 2015 by the Government of India.

These women and much more are inspiring millions of young girls, especially those within our country to break through the stereotypes that the society has set. They also stand for change at the ground level which begins when families change their mindset about motivating their girls to take up sports.

5 Ways to enjoy sports with your man

5 Amazing sports bras to add to your collection