Texts that explore human sexual behavior can be found in the archives of all cultures around the world. Contrary to popular belief, the taboo that surrounds intercourse does not find root in ancient history for our predecessors had a better understanding of natural desire than their successors. Ancient scriptures of our land recognize that only when humans strike the perfect balance amongst their Dharma (virtue or religious merit), Artha (worldly wealth), and Kama (pleasure or sensual gratification) do they obtain mastery over their senses. In the context of Kama, the work that dominates Sanskrit literature is Vatsyayana’s Kama Sutra, with Sutra translating to a thread or line that binds things together. Kama Sutra or as its English translation is titled ‘Aphorisms on Love’ is essentially a compilation of rules, lines or formulas on the subject of sexual desire, in the form of a manual.

Being an ancient text, it has been difficult to point the exact date or year in which the text was written or the life of the author. However, based on the references given in Kama Sutra and other ancient texts written after it, historians conclude that Vatsyayana must have lived between the first and sixth century of the Christian Era, and thus they place his work around this time as well. The text is divided into seven-part, with each part consisting chapters on various subjects; thirty-six chapters, sixty-four paragraphs, and about one thousand two hundred fifty slokas or verses. The subjects of the seven parts are as follows:

Part 4: Duties and Privileges of the Wife The moment the term Kama Sutra is brought up, the first thing that comes to our mind is sex positions, which has led to this work of literature to be seen as porn and something that the civilized society shouldn’t concern itself with. The truth is, only 20% of the test is about sex positions while the other 80% explores the philosophies and theory of love and sexual desire, what triggers and sustains it, and how and when it is good or bad. It takes into consideration all aspects of the sexual life of its time, teachings from which find their application in today’s world as well. Kama Sutra recognizes the importance of sexual desire and carnal pleasure in the life of a human, as it doesn’t regard intercourse as a necessary evil for the sustenance of mankind, as many of us like to believe. Evidence of this can be found in the second part of the text which is concerned with various sexual positions aimed at fulfilling man’s sexual desires, and the third part which explores ways of making the experience more than satisfying for both the woman and the man.

Vatsyayana preaches the same policy as Osho that is “Nirvana through sex”. Through Kama Sutra, Vatsyayana stresses heavily on the importance of achieving the highest levels of carnal pleasure when engaged in intercourse. But what is important to note here is that neither does he take this union lightly, that should be between anyone, anywhere, for Vatsyayana sees it as a union of two souls at a divine or supernatural level. He professes that love has a very important role to play in this onion and thus a man and a woman should choose wisely the person they want to engage in this activity with. If one studies Kama Sutra from a more intellectual side of the affair, the text provides a lot of food for thought. The primary motive of this work is satisfaction in the sexual life of a human, but as Vatsyayana explores it through the various point of views, Kama Sutra becomes a reflection of the human heart, mind, desires and follies. Firstly, it can serve the purpose of a historical text which provides a lot of information about how life went about back in the day. Those who are passionate about the subject would understand the desire to know how people lived their lives every day, for history enthusiasts aren’t concerned only with Kings and their great battles, they like to explore beyond that which is why civilizations are studied in such detail. Chapters three to six, in particular, give an insight into the life of those who weren’t engaged in historical changes. A lot is imparted about the working of a family and the troubles of heart and mind in these chapters.

It describes in depth the weaknesses of male ego and how the masculine gender can be manipulated and controlled by those who know how to play with this flaw. While this might not have been the message that the author wanted to convey through his work, what I found most interesting were all the ways he suggests in which men can be manipulated. The sixth part of Kama Sutra that is based on courtesans, gives advice to them that would help in draining money from their lover and moving on to the next one when the current lover was all out of resources, a topic that sounded both hilarious and terrifying at the same time for the reality is that there do exist people who will play with your emotions and desires only to rob you not only of your wealth and status but the important relations in life as well.

Kama Sutra explores extensively into the life of women of ancient times. While I can’t exactly label it as an empowering text for women empowerment and its issues were not recognized much back in those days, Vatsyayana sure argues against certain vile practices like domestic violence that not only harm women but disturb the harmony of a man’s karma. Through the topic of love and sexual desire, Vatsyayana explains to his readers the importance of both the man and woman reaping equal pleasure from sex. Thus, he teaches that any activity that would disturb even one of them both mentally and physically is detrimental to their Kama. 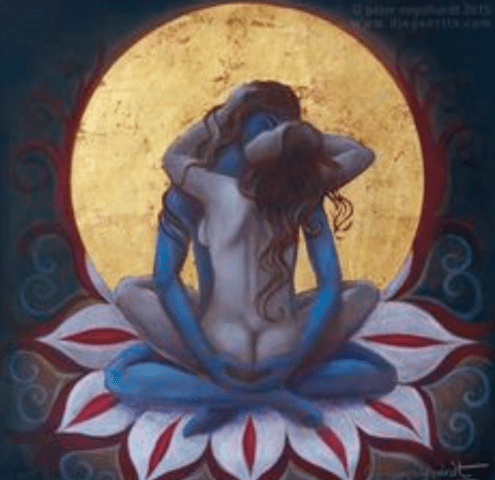 In chapters three, four, and five, we get a thorough insight into the life of women of those times. I’m not a student of history, yet from what it seems Kama Sutra is aimed primarily at women of wealthy families for after all it was them who had access to education and could possibly read his teachings. Another category of women that Vatsyayana considered his audience were courtesans, who according to Kama Sutra were given an education which was equal or even better than that of the high-born women, to aid them in attracting wealthy men. So we see that as opposed to the ongoing practice of denying education to women, it was imparted to them in ancient times, even though the motive was to provide men with a quality company. Furthermore, it gives a broad description of the life of a housewife. Since polygamy was an accepted practice back then, especially among the nobility, the position and responsibility of all the wives have also been mentioned. Extramarital affairs haven’t been ignored in Kama Sutra either for Vatsyayana dedicates and entire part (fifth) to this subject