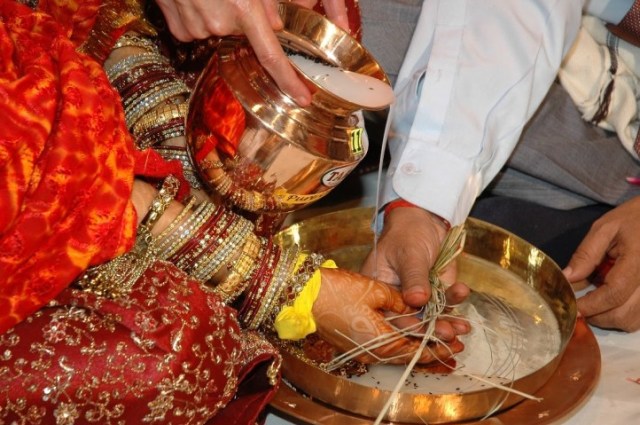 In Hindu weddings there are many customs and rituals involved. The bride is considered to be an incarnation of Goddess Lakshmi or the goddess of wealth and prosperity and the groom is considered to be Lord Vishnu. Hence, kanyadaan or giving the daughter way is not only a very emotional moment for the bride’s parents but also has much religious significance.
It is a very emotional moment for the bride’s father as it is really tough for a father to give his daughter away to another man, her husband for lifetime. Come with us as we take you through this emotional journey that takes place in all Indian traditional weddings.

In order to understand why this ritual is emotionally charged, you need to understand how a father feels for his daughter. This is not something that is unique to Indian fathers as it is a known fact that all fathers share a very special bond with their fathers all across the world. Even the most rigid and strict father’s heart melts when he sees the smile of his daughter. All fathers consider their daughters to be their most prized possessions and take care of all their little wishes. They share so close a bond that the mere thought of giving away their daughter to someone else can be really heart-wrenching. But this is a custom that everybody has to abide by.

Moment of giving away his daughter This Hindu ritual of giving away the responsibility of one’s own daughter to another man might sound peculiar but it has important religious significance and that is the reason why this ritual is given so much importance. A typical Indian wedding is full of colors and festivity and everyone cheers the groom and the bride as they complete all the rituals be it the seven vows that the couple takes or anything else. However, the ambience changes when the hands of the bride is placed on the grooms by her father. This signifies that the father is transferring the responsibility and safety of his daughter to his son-in-law. 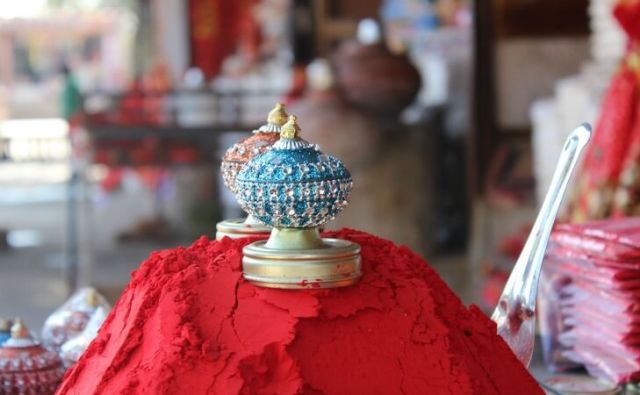 The groom is considered to be Lord Vishnu and hence, kanyadaan is considered to be the biggest offering or donation that any parent can make to the God. It is believed that by doing so, all their sins get purified and that includes even the sins they committed in their previous birth.
As for the groom, his bride is the most precious ‘gift’ that he has to honor and cherish her for the rest of his life and even after for seven births.
Just before the mangalpheras, the father of the bride places her hands in the hands of the groom’s, a ritual known as hastamilap and betel nuts, flowers, betel leaves, money and gold is also placed. Holy verses are recited as milk or holy water is poured from the top over the palm. Now, the groom keeps his arms over the bride’s right shoulders as a way of taking her responsibilities. After this the pheras are taken to complete the wedding.