What causes you to sit back and ponder upon the things that are pending for you to complete and then feeling stressed out for not having done them already and yet you can’t get yourself to do them right away?

Here’s to revealing the causes that drive you to be lazy and also telling you as to how you can get over this state of mind:

LAZINESS ISN’T A PERSONALITY TRAIT, IT IS INHERENT IN A CONTEXT

There is a social psychological aspect called the fundamental attribution error, which explains the tendency of people to justify certain behavioural patterns in individuals, as attributes that lie inherent, instead of looking at external factors which play a huge role in triggering off those behaviours. The external factors constitute the context which prompts specific behaviours that have remained not as pre-existent fundamental traits in an individual.

A person, who stays out and works for more than 8 hours for 6 days a week, cannot be considered a lazy person. However, the same person may be unwilling to engage in any sort of physical activity to keep fit, even if it be performing yoga at home. Hence, it would be impossible to define the person either as a lazy or a proactive individual. It could rather be said that the behaviour depends on external factors which in turn influence an individual’s willpower.

CHANGE THE CONTEXT TO DO AWAY WITH LAZINESS:

Now that you know that the act of being lazy isn’t a part of your personality but is stimulated by specific external factors or a context, you can be sure that it isn’t all that difficult to do away with laziness after all. All you have to do is change the context in order to change your willpower.

Here are a few tricks you could opt for to manipulate the external factors (context) and make the best use of your restricted or inadequate willpower in order to achieve a specific goal that you have in mind:

Give your goal a name and treat it as a mission that you have to accomplish. Let’s consider a small scale goal such as working on a project that you’ve been assigned by your boss at work or professor at school or a large scale goal such as pursuing any sort of a professional or educational course, such as a Masters in Journalism; call it the ‘Masters in Journalism challenge’.

By considering it as a concrete mission, you are giving your goal a formal structure so that you can’t treat it as insubstantial and neglect or ignore it. 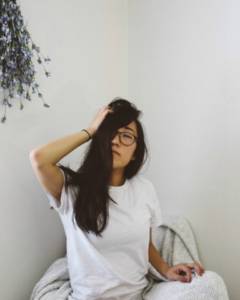 Concentrate on one thing at a time. When you have too much in head and want to pursue of all those goals together, you end up freaking yourself out and backing off. Oftentimes you back off not because the goal was difficult to achieve but because it was indeed difficult to achieve simultaneously with other goals.

Commit to one goal at a time. For example: When your main aim is to pursue your masters, don’t try to commit to other goals like involving yourself into some kind of a recreational activity and expecting to excel at it. Stanford University researcher B.J Fogg had suggested starting with the flossing of one tooth. If you know what it means; force yourself to take the first step and you will automatically lead yourself forward, because no one would really stop at flossing one tooth once they start.

For example: You could commit to going to the gym which will obviously lead you to work out. You could start by reading or writing one page which will lead you on, to continue.

Social pressure does have its negative impacts but if used in the right way it could positively affect an individual into performing. When you know that you could either be subject to a lauding or castigation, you will perform accordingly.

For example: When you know that you have to present your project before a score of external examiners or interviewers you would definitely want to give your best, driven by social pressure and fear of being told off. Routine makes life easier, and better. When you force yourself to do certain things to an extent that they become your habit, you will be doing those things mindlessly, instead of having to gather motivation and willpower to perform those particular tasks.

For example: Once you develop the habit of flossing your teeth every night after your meal, you won’t really feel lazy at the thought of it or slog while doing it, because by then you will have internalised the habit so you would be doing it mindlessly just as you’d eat your meal.

These simple tips should help you overcome your tendency of being laid back or lazy. It might be a little difficult in the beginning to follow these tips to perfection but you can help yourself by carrying within yourself the motivation to improve and a little bit of patience.

7 Ways anger can be healthy

5 Ways to attract a peaceful life

Looking forward to a minimalist life?