Very few women are able to deflect the charm of the Libra male. And he will find her interesting too. So, these two will be attracted to one another even when it seems most unlikely. But what happens after the thrill is over? After the scales of the nice and charming Libra lose their balance. After the sheep becomes the Ram and is ready to charge. Well, this relationship is one hell of a ride. She will definitely enjoy it, but will he? We’ll find out! Are Aries and Libra a Good Match?

The answer to this question completely depends on the individuals in consideration. One of my closest friends is Libra. But one of my worst enemies is also Libra. Still, here are some commonly found traits that can help explain things better. The astrological aspect of their relationship has an explanation for this discrepancy. A negative Sun – Moon Aspect between the two will cause tension and conflict. The Aries and Libra relationship doesn’t depend only on sun signs. But if you have fallen in love with a Libra male, don’t let this stop you. There are so many other things that will make this relationship a success.

The Aries female admires his calm and tranquillity and will try to imitate it in secret. However, she would never tell him that, ever. Aries has a hard time admitting that someone else is superior to them. Admitting their admiration of someone seems like accepting their inferiority to them. They are influenced by a 7-7 Sun Sign Pattern vibration. This foretells that this relationship will be fortunate for both of them. They will be able to take the best out of their partnership. That itself will set them on the right path. There is a lot she will learn from the Libra male. She envies his ability to take every decision with due consideration. The Aries zodiac sign is not one to ponder over things for long. So, generally, they make decisions that they later regret.

Consequently, he admires her ability to make up her mind easily. Libra has a hard time looking at all sides of an argument. For the Aries, it’s all about what they feel is right. He is a man who likes to stimulate his mind and that of those around him. He will provide a rich atmosphere of freedom of thought and action that will nourish her self-confidence. She in return would always be ready with the best arguments in all debates. If there’s anything he loves, it’s a woman who challenges him.

The attraction between them is Astrologically predestined. Let’s not forget that this couple is influenced by the 7-7 Sun Sign Pattern. This represents their positions that are opposite each other on the Karmic wheel. The general rule for such a pairing is that you get along with the opposite sex of your opposite sign but not with the same sex. So, while an Aries woman will be attracted to a Libra man and vice versa. She will not get along with a Libra woman and vice versa. And why wouldn’t he fall in love with her? She knows how to get his adrenaline going. The Aries woman will always be ready for a debate, which he thoroughly enjoys. He gets bored with a woman who can’t argue with him or challenge him. This will never be a problem with her.

He is a combination of strength and tenderness. Two qualities that she looks for in every man. He can punch a guy when he insults her. And can cry after reading beautiful poetry. He’s the Rhaegar Targaryen of the zodiac world. She admires his Venus type virtues of getting people to blend together harmoniously and smoothing over tensions. The Aries female always has trouble getting along with people. it’s her inability to communicate best that costs her so much. But he is so eloquent in his speech and manners. She knows he will plead her case when she needs him to. She loves him for his kindness and friendliness and he loves that in her. This forms a strong foundation for their relationship.

Do Aries and Libra get along? 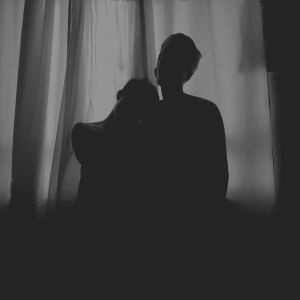 They get along just fine. But when this couple does break up you know love will not be the same for them again. Since we are talking about the Aries female, you know what the first cause for the breakup was. The long queues of women that he attracts with his natural charm will make her jealous. The Libra male can’t help his flirtatious nature. He attracts women to himself even when he isn’t trying. But that is too much for our lady Ram, who gets jealous pretty easily. While both of them like a challenge, they also like to win. Unless one of them doesn’t back down, there will be no peace. And none of them will back down easily. He knows his logic was accurate. She knows she can never be wrong.

His periods of lethargy will make her impatient and lead of fights. He needs his rest between periods of excitement. But the Aries female might see this as him losing interest in her. What does a baby do when it’s being ignored? It starts to wail. Can you hear the sobbing? But the deal breaker for her is yet to come. He will use his charm to manipulate her. For all her feisty demeanour, an Aries woman is generally innocent and honest. The Libra male, on the other hand, doesn’t mind using his charm to get what he wants. She is innocent but not stupid. When she finds out what he was up to, they surely will break up.

Are Aries and Libra Sexually Compatible?

There is an undeniable sexual attraction between them. It brings them together even when they have fought. It will be very difficult for them to take the arguments of the day to bed. Both cannot control their desire for each other. She is turned on by his gentle, poetic, imaginative, considerate, charming and romantic persona. He is the prince that she was dreaming of. That mighty and noble knight who would sweep her off of her feet. He has all the qualities that she fantasised about. And so, their sexual relationship will feel like the tangible expression of every love song she’s ever dreamed of.

Marriage Between an Aries Woman and a Libra Man By now you feel like marriage is probably not such a good idea for these two. Well, if there’s one thing I know about a Libra man, it’s that he never takes a decision that he isn’t 100% sure of. So, if he does come this far, you know he is in it for the long haul. He will have to maintain a mental and emotional partnership with her to keep their marriage balanced. If he tries to take control or charge of these aspects, the scale will tip. Trust in her ability to know her mind. If he gives her space to grow, she will always surprise him.

Here’s a tip for the Aries woman if she wants to win more arguments. She should use logic and not aggression to win. He will never respond positively to being forced to admit something. But if you use your brain and put your argument in a logical manner, he will come around. Very few men are able to convince the Aries woman that she has faults too. He will let her know of her faults reasonably and gently, to which she will listen. For he is one of those few men. He knows how to reason with people, which is why they make such good lawyers. This will help her grow as an individual too.

They both will have to make some compromises. She should give him the quiet he asks for. He should give her the excitement she needs. If they just move a little towards respecting each other’s needs, they will be just fine. After all, she can do with some quiet time to relax. And he can use some adventure to enliven his mundane life. But more importantly, he shouldn’t expect her to sit at home and wait on him. If he tries to do that there will be disharmony. She needs to go out there and leave a mark on the world. If she can’t do that she will take a complete charge of the house. That he won’t enjoy.