There is less fuss, drama, tears, fears and more fun, amusement, excitement and enjoyment involved, when it comes to dating a gentleman. I am not claiming that everything will be wholly perfect but what I can assure you is that the positives will override the negatives, any day!

As a woman there can be nothing more pleasurable than to be in the company of a man who delights in his masculinity in a way far from the obvious womanizing stances but the self-assured reserve of a gentleman.

THERE IS ABSENCE OF TEXTUAL ANXIETY

They won’t play wicked texting games or draw proof of your feelings from how much or how frequently you text them. They might not like texting but they’ll let you know when or if they are busy instead of keeping you waiting to figure out as to whether they want to see you or not. They won’t expect constant texts because they understand the importance of space and personal time.

IT DOESN’T FEEL LIKE AN UNREALISTIC OR FORCED ROMANCE

He will not promote extravagant mushiness or puppy love but what you’ll share with him will be genuine and impactful in its own way. He might not show you around to his friends or hug you and kiss you or hold you in public to show how much he likes you, but he’ll do subtle things like pulling out the chair for you when you’re about to sit or getting the car door for you. He will brush his hand against yours very discreetly while you sit in each other’s proximity amongst your friends and peers; he will stare gently from a distance and smile when your eyes meet.

YOU WOULD LOVE TO INTRODUCE HIM TO YOUR PEERS AND FOLKS 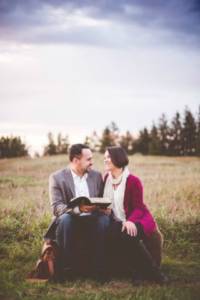 It’d be a pleasure to introduce him to your parents, because you would know for sure that he is an extremely charming individual who would never create a mess or embarrass you, because he knows how to carry himself, being an independent and confident individual and also because both of you share an adult relationship where you know what is to be told to and what is to be left out from, your parents or friends.

When he says he can take responsibility for you he actually can. There isn’t a doubt about it. A gentleman of a boyfriend won’t make hollow promises and then create a dramatic issue out of it, in order to defend himself, when you protest. He knows what he is doing and how far he can go.

HE WILL INSPIRE YOU TO LOVE AND EXPAND YOURSELF

If you have been dating a boy for ages now, you must’ve felt as though you have had to sacrifice and compromise a lot on your personal happiness and desires in order to keep the relationship going. But in truth, that is not what a real relationship demands from you. A good relationship will pull you up instead of dragging you down. You’ll know you’re dating a gentleman when you realise that he is arousing feelings of self love and motivation to rise higher within you.

HE WILL COMMUNICATE HIS FEELINGS OUT TO YOU

Your relationship is not merely about physical intimacy or hanging around arm in arm with each other in matching clothes. It is about understanding each other and complementing each other not merely on a physical but also a mental level. He will make efforts to take care of you and communicate to you his love and affection towards you.

THERE IS NO PLACE FOR NAGGING A gentleman will respect a woman’s privacy and space because he has his own. He knows that being in a relationship doesn’t mean that the two individuals involved in the relationship will lose out on selfhood completely. No they don’t; they learnt to complement each other, fitting into each other like pieces of a jigsaw puzzle to complete a beautiful picture.

HE WILL LOOK OUT FOR AND TEND TO YOU

He wants the best for you. Being a gentleman that he is, he will look out for you in almost every situation. He always feels the need to go that extra mile for you just to make you feel special – from holding your hands while crossing the read to helping you clean up the dishes after a meal.

HE ISN’T AFRAID OF COMMITMENT

He knows where he stands and he will take a decision that he is sure to stick to, because he is a self reliant and responsible human being, who being a gentleman won’t cause trouble to the one they admit they love.

HE DOESN’T SHARE YOUR BEDROOM SECRETS WITH HIS FRIENDS

He isn’t a teenager anymore who goes about sharing his hot bedroom scenes with his friends. A gentleman knows how to respect a woman, which is why he will do nothing that would show the one he loves and adores in low light. He knows how to cherish private moments shared by the both of you in isolation. He values you; lovemaking is an expression of your love being extended onto each other. He knows that these feelings cannot be fathomed by anybody else apart from the both of you.

HE WON’T GOSSIP ABOUT HIS EXES WITH YOU 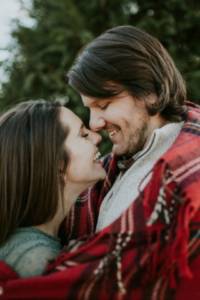 He will have better things to say to you. He understands that sometimes relationships fail because of unfaithfulness, incompatibility, etc. but he doesn’t believe in demeaning another individual just because he hasn’t gotten along with them. He respects their differences and have foregone the past holding no grudges against his exes. He won’t constantly bring up his past relationships to fog the present which consists of you.

HE HAS YOUR BACK WHEN YOU’RE NOT AT YOUR BEST

He will be there to support you and stand alongside you in difficult times when you require support, instead of fudging away from responsibility, no matter how busy a person he may be. A gentleman knows how to take care of his woman and you are one of his priorities among others which may include work and parents.

It comes naturally to him. He doesn’t try hard when he is making you feel the way you are; he is only being himself, when he holds the small of your back to lead you onto the dance floor, holds open the umbrella for you or when he acknowledges your presence in his life amongst a huge crowd of people, know that you’re indeed in love with a gentleman.

…AND YET YOUR RELATIONSHIP SEEMS SO SIMPLE AND EFFORTLESS

He does so much for you and it still doesn’t feel extravagant or showy. Your relationship feels simple and effortless because there resides in it no more, feelings of insecurity and disrespect towards each other. Trust, respect and understanding are more important factors in a relationship than love.

So there you are with a list of the qualities of a gentleman. I could go on with more and more of the positives of dating a gentleman, because I have had the pleasure of dating one myself! What about you? Have you met with one as of yet?

Should you marry the one you love?

Why do smart women struggle to find love?

Is another woman getting between you and your man?