A Scorpio man is characterised by a stern nature that doesn’t recognise the middle way. He sees things in their extreme forms. Only those aspects that deems to be important are his areas of concern. He will seldom ask for help wanting to dig deep on his own. Curiosity drives his passions and he likes to have an understanding of anything and everything around him.

You cannot brainwash a Scorpio man easily for he has his own way of looking at situations and draw his own conclusions. He is fiercely ambitious and his love for independence drives the winning streak in him. You should avoid being an enemy to a Scorpio for he stings bad. He is very stubborn and unflinching in his struggle to achieve what he wants and will rarely give up when he has his targets set. Working hard doesn’t tire him and he will love to appreciate the fruits of his struggles. 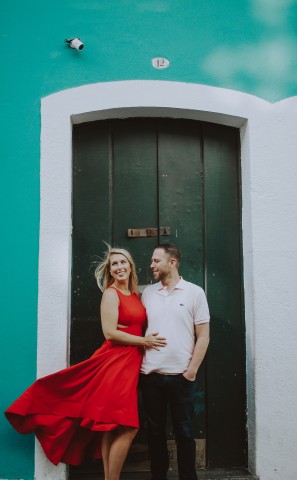 How is a scorpio man in love?

He has his set of secrets which may not be blurted out at the first instance. It is hard to trust him with his secretive nature for he will try you many times before he finally rests his faith on you. Avoid getting too close for he will be suspicious if you try and get too smart with him. He will always have his guards up when he meets new people. Blessed with a strong memory he will seldom forget if you do him any wrong. However, once he lays himself bare, he turns out o be very vulnerable.

He will have his own way of knowing you and gets deep down into your soul with his sense of passion and desire. He won’t give up on you easily and even if he shows retreat, rest assured for with a strong sense of determination as his, he will be back. He will be very sensitive to your needs and will be ready to adjust if that gives you happiness. He might get possessive about you in a relationship and will demand you undivided attention at all costs.

How will he handle your sexual desires?

Entice him with your sexual skills and he will be hooked on to exploring you emotionally and physically. He is extremely sexy and sex with him will probably be the best you would have ever had. Looking for an adventure always, he will be ready at a moment’s notice to take you on a magical sexual journey. In short, he will give you the best sexual experience of your lifetime.

What does he expect from a lover?

A Scorpio man has intense passions and desires. You probably already know that if you managed to attract a scorpio man. You will have to get consumed in his wildness to get the best of him. He expects you to give a meaning to his life for that is what he expects deeply from a partner. You will have to earn his trust before he surrenders his mind and body to you. Make sure you don ot hurt them or them won’t easily forgive you. They are highly suspicious of people around them so if you give them any sense of insecurity, they will run away from you at the speed of light.

He might choose to shield his emotions away from you but he has a current of feelings underneath his indifferent demeanour. As much as he values his emotions he will value yours too. He is susceptible to being jealous so don’t tease him with flirting or eyeing on other men. He will appreciate genuine partners and has no time to indulge in something that adds no meaning to the life he leads.

Most compatible signs with a Scorpio man:

Most incompatible signs with  a Scorpio man:

How does he manage his money?

A Scorpio man can ride well on the extremes. Just like he can be splurging his money on unnecessary objects you will also find him being cautious with his hard earned money. He is naturally good looking and will not withhold himself from spending to accentuate all that he would like to flaunt. His work ethics are on point and will be ready to take on any challenge. This is why he is usually on demand when it comes to task that need immediate action.