Are you being ignored by somebody at present? Well, you have the possible reasons on your fingertips now. Feel free to either work on the problematic areas in the relationship or to walk out and look for somebody you’d be able to share a rather happier bond with. Aries likes to take things slow. If you give them everything all too soon then they’ll get bored and leave. An Aries likes the challenge that is furnished through being able to chase. However if you don’t allow them to chase you and begin to cling on to them instead not letting them take the relationship as it comes but force it on them then they’re likely to start ignoring you.

Taurus likes stability and can’t bear hanging out with someone who remains lost and confused most of the times because it makes them feel unsettled and impatient. They feel repelled and hence ignore you when they feel that you’re someone who is indecisive and unsure of yourself. Taurus is an Earth sign that doesn’t like floating in the air.

Gemini is outgoing and loves to socialise. They are ready to make sudden plans out of impulse and like to hang around with someone who is willing to be as crazy as them in joining them in their sudden plans or inviting them to such impromptu gatherings. If you are someone who isn’t comfortable with socialising and being as outgoing or willing to make room for impromptu plans, then Gemini might just exclude you from their list of invitees, henceforth.

You need to be emotionally unguarded when it comes to Cancer. Individuals who fall under the zodiac sign Aquarius for instance are more often than not, emotionally unavailable, so that Cancer is unable to relate with this sign ending up ignoring them to go on to find someone who is not only more accepting and responsive of Cancer’s emotions but also emotionally available themselves.

Leo is generally the life of the party. They are mostly the ones who know how to steal the show to become the centre of everyone’s attention. However if you are somebody who is unwilling to bask in their glory and only be another attractive frill yourself adding to their radiation but somebody who throws off a radiation of their own shifting attention from Leo onto you then you are most definitely going to land up in Leo’s ‘ignore’ list. They feel extremely unhappy with unnecessary competition.

Virgo is a perfectionist who has their life settled and they look for partners who too are settled in their head and have an aim that they are either striving to or working on achieving. If you are someone who is still very casual about your future plans and don’t seem very serious about what you’re going to do in life then you probably will find Virgo ignoring you. It’s just a turn off for them.

Libra is ever hopeful and highly optimistic to the extent that they willingly will ignore the problematic areas in their lives and make themselves believe that everything is fine on the whole. If you are someone who is not as optimistic as Libra and constantly see the negative in things trying to point those out to them then they’ll run the opposite direction ignoring you to no ends.

Scorpio wants lone time with you. They need to be made to feel important because they are possessive signs. They tend to get jealous if not tended too well. If you don’t seem near to obsessed with them, making them see how important they in fact are to you then they might begin to ignore you, imagining that you don’t need them enough and they are wasting their time investing their all into the relationship. 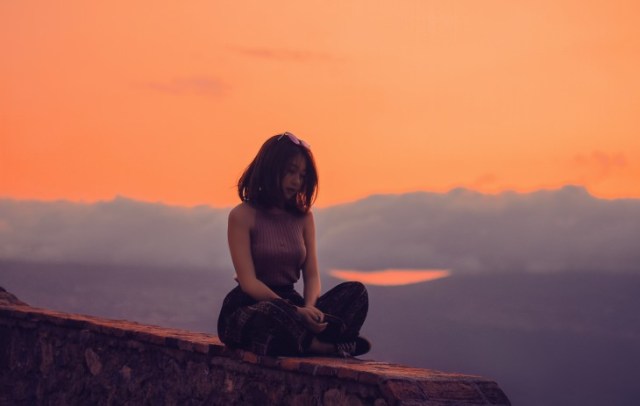 Sagittarius is fun loving, adventurous, and always on the go. They have crazy ideas in their head about what kind of an adventure they should go on the next hour. If you are somebody who can’t keep up to their explorer’s attitude and they feel that you vibes to their exciting date ideas or solo trips are cold then it’s going to make them sad and even turn them off big time, leading them to ignore you inevitably. You don’t make them feel happy about themselves when you don’t show interest in the exciting plans they make. They love to inspire you, intrigue you and make you laugh and if they fail to do that they will just move on.

Capricorn is goal oriented business minded people who love to work hard to get where they want to be. If you are someone who is willing to be guided by their business like minds and hardworking attitude then you’re in to stay in their lives, because while they fight tooth and nail to rise high, they like to pull people up along with them. Basically they love taking care and if you are someone who is completely self reliant, independent and emotionally closed up then Capricorn won’t be able to do something for you to help you and in turn feel satisfied themselves.

Capricorn love and admire people who also are goal oriented just like them but they like to be able to offer a helping hand. They just like it when you get vulnerable before them and open up to them. If you’re not the type who requires to be taken care of, then it Capricorn’s ignorance shouldn’t surprise you.

Aquarius needs drama. They get bored easily. (Very easily) They get a weird sort of a high from having intriguing conversations and if you manage to push them into a state of awe with amazing conversations that keep building over time then you will never have Aquarius ignoring you. They will keep going back to you for more high. However a drab “Hi” or a “What’s up?” every time you text will get you nowhere with an Aquarius. They will straight away ignore you. There is no in between for them.

Let us know if you could relate to this article? How much of it could you relate with and if there are other things that you’d like to mention you’ve faced in real life then feel free to write to us. There’s space for your comments in the section below. Write to us and we shall get back to you with responses to your stories, your queries and anything else apart from those.