Do you know what you are most afraid of? Everyone has a fear of their own. It is a different thing that some of us have learned to hide it so cautiously and repress them. But those fears might sometimes rear their ugly head in your life. We have to learn to deal with them. We can’t go on suppressing them.

This is where zodiac signs come in. If you are a fan of astrology, you might have already read many things about your personality, love, emotions etc. But what about your secret fears? The one that haunts you all the time you do anything in your life? Yes, zodiac signs play an important part in it. Because they can help you a lot in discovering your darkest fear and you might then try to reduce it as much as possible. Scroll down to know about your fears:

Aries have this fear of losing their loved ones in life. They do not want their relationship or friendship to come to an end.

The first sign of the zodiac, Aries are warriors. It’s in their nature to fight and win. They love a good battle and often jump into a combat without further thought process. Although they don’t realize it then that they are endangering their relationship. And they end up losing the relation. This mistake of theirs always haunts them.

So you see the biggest fear of an Aries is not losing the battle but doing something that might make their loved one pack their bags and move on.

The Taurus, i.e the Bull sign are an incredibly reliable source of information. They are dependable, reliable and enjoy a comfortable life. They like to be secure in their life. Secure and stability is something they thrive on. They need to have a plan for everything. Change is something they do not like.

Fear of instability, financial or otherwise is instilled in their personality. That is why they plan everything and they hate it when things go against the script. The fear of going bankrupt, not having enough to spend, the fear of not having anyone in life to lean on and ending up alone is something that they fear the most and are very cautious about it.

Gemini sign has twins in it, which means they have two sides which are in constantly in conflict with one another. Geminis are often on the move, social and communicative. They admire quick stimulation. They often change their choices, decisions, promises made to others or themselves. 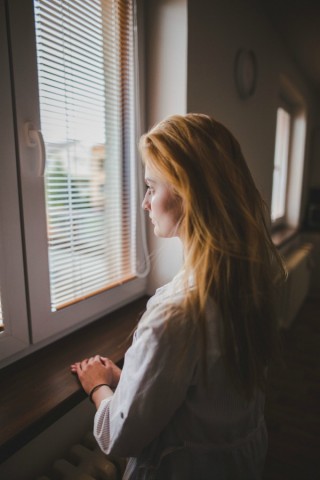 Cancerians are really emotional and sensitive people. They are passionate and kind people. They also have a deep love for home. And that is where their fear comes in. They love comfortable home zone. They fear losing their home, family member and loved one.

They often like the comfortableness of their home which often leaves them alone. The isolation doesn’t settle well with them either.

The lion loves the spotlight. Leo sun sign craves attention. They are extremely confident, hard working and brave. They just can’t stand going unnoticed. That’s their fear- the fear of going unnoticed or being ignored. They want to be validated and for that, they’ll do anything to be acknowledged.

It is their mindset that if something isn’t noticed then it doesn’t have the same impact.

If any zodiac can be called as Perfectionist then that is Virgo. They are extremely orderly, organized and cleanest people. So the only thing that can terrify a Virgo is chaos.

They not only fear the external imperfection but their own personal imperfections. They are also known to be so negative that a little bit disorganization or imperfection on their part can send them into despair.

The compassionate and empathetic, Libras are exceptionally good partners. They love the ideology of peace and togetherness. Working as a team and being with someone gives them happiness.

The only thing that frightens them is being alone. The thought of loneliness eats them up and that is why they often work for peace. They always surround themselves with people and it is really difficult for anyone else to separate them from their loved ones.

Scorpios are really confident, complex and deep. They are absolutely intense and value things deeply. The one thing they fear the most in life is betrayal and hurt from their loved ones. They are very hard to get close to because they do not open up to many people. They fear abandonment and so they do not let many people in. Once you get on their bad list it is very hard for you to break down their walls again. It might as well take years.

They are not ‘forgive and forget’ kind of people. They guard their heart and often come off as mysterious. Sagittarius represented by Half man and half horse sign are a free spirit and highly independent. They are wild horses and they like to roam. They are explorers and the thought of being controlled or losing their freedom is terrifying to them.

In fact, we can say they are claustrophobic. They do not like enclosed spaces. They want to explore, roam freely and that too independently. There’s no doubt that once left freely they’ll always come back. Anything that enforces rules or controls them is the worst nightmare for them and they avoid it like plague.

Capricorns are achievers. They are always on the road of success. Just like the leos, they use their fears to motivate them. One thing they ever fear in life is a failure. Failure is an absolute no for them. They try anything and everything in order to succeed.But that is what instills fear in them as well.

They pride in providing for their family and success and the mere thought of being a failure in front of them haunts a Capricorn.

Aquarius is a lot like Sagittarius, they both are claustrophobic but Aquarius is claustrophobic of institutions like schools, colleges, corporations etc and in some cases of marriages too. They fear to lose their individuality in the group. They view institutions as a kind of entrapment. They are much happier in their own space.

They would probably be happier if you left their decisions to themselves. They just do not like the idea of “group” kind of thing. Represented by the sign of fish, Pisces are really caring and they wade through life just like fish swims through water, effortlessly! They don’t like to be confronted with the things they do in their life. They want to go in their life at their own pace and that’s why they fear responsibility as well. In fact, it right to say that they live in their fantasy world and responsibilities frighten them.

If you are dealing with a Pisces, you need to know that they run miles away from confrontation.

So what do you guys think? Was this accurate for you? Let us know in the comment section below.

7 Ways to make your boss stop hating you!