The shy Taurean isn’t known to be bold about his feelings. But that goes so far that people just assume he has no feelings of the kind at all. The truth is far from that. For starters, it takes a long time for him to develop feelings for anyone. The Taurus man doesn’t like to rush things, unlike his zodiac predecessor, the Aries. But if he has decided to fall in love, then that is eternal. Yet, you still won’t see the same kind of exhibition of emotions like other zodiac signs. So, my friends often ask me, how to know if a Taurus man likes you? I’m going to share with you the knowledge blessed upon womankind by Astrology. Here are signs that tell you a Taurus man has feelings for you! 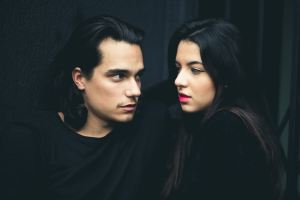 1. He’s Divulging Details About His Life

If you know a Taurus male, you know he doesn’t talk about himself often. That is not because he has nothing worth talking about. It’s just that he doesn’t trust most of the people around him enough. It is a really big thing for the Taurus man to trust someone enough to tell them about his life. But when he has a crush on you, it means he trusts you enough. So, you will hear a lot about his life (which is very less by your standards probably). This is not a definitive sign that he loves you, but it sure is a big indication.

2. He Doesn’t Flirt Around

Loyalty is a big thing for the men of this zodiac sign. So, if they have set their heart on someone, they will be true to them. Sure, you haven’t given your heads up to the relationship. But on the issue of loyalty, he has a personal rule he will keep. This is one of the best ways to know a Taurus likes you. If he’s talking to you about his life, we already know he trusts you. So, just ask him if he’s seeing someone or has a crush on anyone. If the answer is ‘No!’, then you have something to look forward to.

3. He Gets a Little Nervous Around You

My best friend is a Taurus male. Everything embarrassing that could happen to him happened when he was courting his (now) girlfriend (of 4 years). I once asked him why it was so difficult for him to keep himself from tripping when she was around? “There’s just something about her that makes me nervous!” he said. That’s how most Taurus men are around the women they are interested in. But I can assure you when they are confident that you share their feelings, there will be no man more confident in his gait.

4. He’ll Do Everything in His Power to Cheer You Up

Let’s go back to my best friend and the time when he was courting his girl. His girlfriend was having a very bad week. There were problems at her home and it had started to affect her scores. She was in a really bad place where she was losing all self-confidence. “I don’t think, I’ll ever amount to anything,” she said to my best friend one day. The next day, when she walked into class, everyone was holding a small banner that said one thing which made her awesome. As unbelievable and Hollywood-like as it sounds, this is a true story. It pains the Taurus guy to see the woman he is into, upset. He will make your pain, his own.

5. The World Can Be on Fire, but He Won’t be Distracted when You are Around 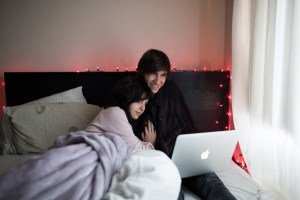 Have you ever dreamed of a man who gives you his full attention? Do you feel like you have found that man in this Taurus guy? Then know, that the Taurus man is secretly in love. He won’t idly browse through his cell phone. Or ignore you. Or do anything that makes you feel he’s ignoring you. This man knows how to listen to a woman. So, unless he’s troubled by something else, you will always have his full attention. Which gets too much sometimes, especially, when he’s head over heels for you. But it can never be a bad thing if you like him too, right?

6. His Friends are Acting Weird Around You

Does it feel like his friends know something you don’t? Especially when the two of you are together? That is because you don’t know that the Taurus man wants you. By his “friends” I mean his best friend(s). He just doesn’t trust the others. But to those closest to him, he will confess love when he feels it. However, he has told them to keep it strictly to themselves. And it takes a very strong human being to act like they don’t know a secret when they do. His friends and good people, but not superhumans.

7. He Showers You with Compliments

The average Taurus male reserves his compliments only for the most mind-blowing things. But you are mind-blowing to him when he’s in love with you. So, he will shower you with compliments all the time. you can always depend on him to have the nicest things to say to you. And the compliments will be completely unsolicited. I told you he goes all in when he’s falling in love, right? Naturally, no amount of praise for you will ever be enough for him. If anything, you will always have a personal mascot in him.

8. He Acts Territorial Around You

Taurus men get possessive very easily and very quickly. Don’t worry, he won’t make you uncomfortable or weird. He’s mindful about that. But he will let the men around you know that he has first dibs. Does he place his hand on the small of your back? That’s a classic move to say, “she’s mine”.  If he sees having a good time with other men that would put him off. He won’t fight with you about it. He’s too nice to do that. But you will see him pouting or just upset. Please don’t do that to him. Or best friends like me have to cheer them up.

9. He’s Doing the “Boyfriend Stuff” for You

If you are giving him signs of being interested, he will take things to the next level. No, he won’t propose to you. You probably don’t even call each other boyfriend and girlfriend. But he has taken on the responsibilities of a boyfriend. He’s helping you with your chores. You know he’s just a call away when you need him. He’s going on shopping trips with you. Watching The Notebook with you. If things have gotten so far, why not put the labels on it? You will probably have to make that move. He’s just too shy!

10. He Finds Reasons to Touch You No, he won’t get creepy around you. That’s not what I mean. But his hand will brush against yours. Or he’ll be quick to pick out the leaf that’s stuck in your hair. If he’s confident about how you feel, he might even tuck your loose strands of hair behind your ear. If he touches you in an affectionate and innocent way, it’s one of the best ways to tell that he has feelings for you!