The Virgo man is a reserved guy. You wouldn’t see him going around trying to impress a woman. Or professing his love for the woman he has a crush on. But they are big-time flirts. It’s just that their way of flirting is so subtle and smooth that you don’t even realise what’s going on. You might feel like he’s treating you like all the other women around him. That is unless you know this zodiac sign well enough. So, how to know a Virgo man likes you? You are in luck today because I’m going let you in on signs that tell you a Virgo man has feelings for you! 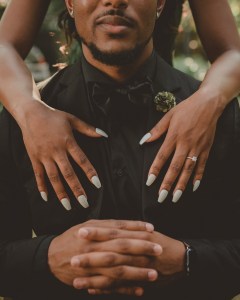 1. You Bump Into Each Other Often

Do you find to cross each other’s path often? Well, it is no coincidence, I’ll tell you. The Virgo man likes to spend as much time as he can with the woman, he has a crush on. He’s not a stalker, in the true sense of the word. But he will show up at places he knows you’ll be. He’ll ask you about your plans for the weekend and they seem to bump into you there. Or he’ll just be passing by your house, so would decide to drop by for a hello! Does he always seem to have a convenient way of being around you? That can be a sign that the Virgo male is interested in you.

2. He Notices the Small Things

The Virgo zodiac sign isn’t one of those who are very keen observers of the changes in people. Sure, they can point out’s fault in minutes. But they aren’t very good with new hairstyles and glasses. However, when it comes to the woman he is into, all these things just stand out to him. He’ll know your favourite song. What you are going would order when at a restaurant. The time of the morning when you wake up. All these little details about you are what make you who you are. He will be sure to be updated on all these things. Does he always seem to know the right time to call? It seems that someone knows exactly when you are free to talk.

3. He Shares Stuff About Himself

One of my closest friends is a Virgo male. And I can tell you, they are not the most talkative men. These men seldom open up to people. Unless they are absolutely sure that the other person is worth opening up to. When it comes to the woman he is interested in, he will open up. He’ll talk you about his life before you guys met. He’ll share his feelings if something bad happened to him. You will stay updated on everything that’s going on in his life. All the important parts at least. Not sure why he trusts you with so much? It is one of the ways to know a Virgo likes you.

4. You are the Only Person He Doesn’t Find Faults In

If you have ever met a Virgo, you would know how they love to point out other people’s faults. My mother is a Virgo female and boy! do I know what it’s like. But when it comes to the woman the Virgo man is secretly in love with, things change. He might not go around showering you with compliments. Although that is highly unlikely if he has a crush on you. But he will never say a bad word or a word of criticism against you. He will always tell you how perfect you are, even when you don’t feel like it. It’s rare to have a Virgo in your life who is all praises.

5. He Will Step Out of His Comfort Zone for You The Virgo zodiac sign is a creature of habit and routine. You can move heaven and earth, but they still won’t do what they are not comfortable doing. That is unless they have to do something for the woman they are falling in love with. Is he doing things that he doesn’t necessarily enjoy, just for you? Like, go to overcrowded parties. Order a Pizza when it is obviously not the time for Pizza. Hang out at clubs and bars with loud music and drunk people. Yep, he doesn’t enjoy any of it and is doing it only for you.

6. He Calls and Texts You More Than His Other Friends

The Virgo guy is notorious for how bad he is at staying in touch. They seldom text or call. Unless it’s something really urgent. Or you shame them into staying in touch (that’s what I do, try it!). But a Virgo man is love has no problem calling twice a day. Just to hear your voice. He always responds to your texts on time. Never misses a call from you. And always has time to talk when you call or text. This might not mean a lot to you, but you have no idea how big of a deal it is to him. But don’t be surprised if he treats you like everyone else once you make it official.

7. He Wants to Know the Real You

What does he talk about during all those texts and calls? Even the people who have a lot in common, run out of things to talk about. But this is an exploration exercise for the Virgo male. He wants to know who you are. It’s his way of making sure that his attraction to you isn’t just a fantasy. This is also how he finds out where he can go with you. So, try to be as authentic as you can because he will take all of it at face value. You see, Virgo men, and men in general, don’t realise that women don’t often mean what they say. So, you will have to dumb it down a little *wink*.

8. He’s the Perfect Gentleman Around You

You might feel like he’s a serial flirt. Especially if you are a woman of the Fire Signs (Leo, Aries and Sagittarius). But notice how he becomes a sincere gentleman around you. You can tell that he is genuine in his approach when he’s talking to you. That’s because, as a general rule, Virgo men are against duping the people they are the closest to. When he talks about his dreams or aspirations, you can tell the passion in his voice. When he gives you a compliment, you can tell he means it. His general demeanour is very different around you. And that is not very hard to tell. I’m sure everyone around you knows he has a crush on you, by now.

9. He’ll Ask Common Friends to Convey His Feelings to You You will start hearing whispers of him having a thing for you. No, he won’t ever say it to you directly. Not unless he is cornered into doing it. That too gently, and if he’s certain you feel the same way. So, he will recruit those he trusts to approach you. Your friends will talk to you about how he seems to really want you. Or how he will be a great guy to date. Some might even come up to you and ask why you aren’t dating him already? When those around you seem to be confident of his feelings for you, it’s a sign that the Virgo man is interested in you.

I have a friend who can never tell if a guy is into her. So, when a Virgo hottie had a crush on her, she went around telling everyone that it wasn’t true. Finally, after months of trying, he told her that he was in fact into her. Thankfully for her, she could reciprocate the feelings at the time. And the two of them are still together. But not all Virgo men are that tenacious. If you don’t respond to his advances he will move on. And once he has, only then will he tell you that he had feelings for you. So, if nothing else, at least convey that you feel the same way. That will help him move to the next step.