In real life, some pains and experiences may be too hard for few people to go through and everyone has a different way of coping up with the pain. Few people chose self-harm as their way to deal with the emotional pain.

What Is Self Harm? Why Do People Do It?

Self-harm or cutting is when people intentionally hurt themselves or their own body. It is coping mechanism for overwhelming emotional distress. Some people can cut even to let go of their anger towards someone. Whatever the reason maybe for them committing self-harm, after cutting they feel relieved of that pain, even though it might be temporary relief. The majority of times, self-harm may also be done to punish self. 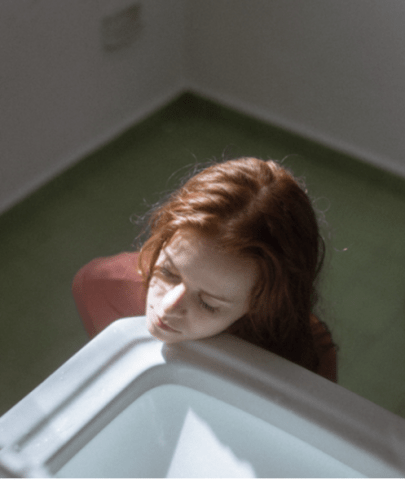 Demi Lovato, American singer and song writer admitted of being mentally ill and admitted that she used to self-harm. We can imagine how difficult it would have been for her to come out and announce it publicly. She is, of course, a courageous woman we must say. She explained how her social persona was hard for her to handle, how she felt to always be so thin, the need to please others, never feeling good enough lead to her cutting herself. She just couldn’t handle herself and then decided to come out with it and go through rehab.

Cutting is a habit that can not specifically identified by seeing the person because those who cut themselves are really good at hiding their scars and cuts. You might be wondering: ‘why though?’ These behaviors might not make any sense to us at all, but these are some pretty deep seeded reasons for people who self-harm which we might not understand, at least not in the same way. So how does the thought to cut occur to them? Do they all of a sudden start cutting themselves? No, they don’t. The possibility is that at one point of time when they might have been badly hurt emotionally by someone they might have unintentionally hurt themselves. And later on, they realized that physical pain takes away all the emotional pain and makes them forget the void in their heart. They realize that feeling the pain on the surface is easier to deal with than the whole lot of pain they are experiencing internally. The next time they do it on themselves and soon they develop a habit of cutting themselves whenever they are hurt. Gradually it becomes an addiction which is like an itch that has to be scratched again and again which gives relief for the time being but at the end, you are risking getting hurt.

Reasons Why People Self Harm

As stated earlier, emotional pain is sometimes hard to bear. Physical pain on the other side diffuses negative emotions and gives a sense of calm to those who are addicted to it. Another thing that works as an advantage for people in pain is that cutting works instantly, no delayed gratification. Normally teenagers choose to cut as an option and this might go on for three to four years for people. But there are few people who go beyond the time frame as well. Why because self-injure is really very addictive. The brain starts to connect the physical pain as a solution to the emotional pain and it craves cutting. This craving is really hard to resist.

Reason 2: People Who Are Their Own Harshest Critics

Some teenagers and even adults go through ‘body shaming’ and ‘slut shaming’ which makes them their own harshest critics. They classify themselves as ‘fat’,  ‘Stupid’, ‘ failure’ etc. They are just so dissatisfied with themselves that they find cutting as an easy way out. They start to feel like they deserve the pain. The dissatisfaction leads to harsh self-criticism which in turn leads to self-injure even in indirect forms like eating disorders, depression, drinking etc.

Reason 3: People Who Are Abused

Abuse, when done by self, is still acceptable to a person on a level because he/ she really don’t rationalize it. But getting abused by others is a different level of pain that can lead to internal turmoil and pain. The only way to get through life while being abused is to find a way to cope with it because sharing it with other person is something that is not an option sometimes. Of course, the option is always there but the person should have enough courage to go against the abuser. They develop a hatred for themselves as they do not have enough courage to speak up against the abuse. This self-loathe comes out in the way of self-harm. Reason 4: Cutting Is A Way To Stop Feeling Numb

In many cases, the people who have been through some trauma in their real life don’t really go for counseling or therapy sessions. This trauma can be really hard to deal with and they might start feeling numb towards things and life. In order to get rid of the numbness, they try to take control of their brain and thoughts by inflicting pain on themselves. Though it is not rational for us but for the people who are facing an internal turmoil cutting is the only way to deal with the numbness they feel.

Reason 5: Cutting Can Also Be Cathartic

For some, cutting may be a way of releasing pent up anger and emotions. When people feel a lot of stress or pressure from work or any other thing which they are actually not capable of, they start to feel like they are pressurized badly and there’s no way out. That’s when they resort to cutting, something which opens up the pent up feelings. They feel calm but unfortunately, it never lasts long that’s how it becomes an addiction.

Some people never find an emotional connection with anyone or maybe they do but it is not reciprocated by the other party in the same way. There it creates a gap, an emotional void that leaves them feeling desperate. They never learn the way to communicate these feelings and they desperately seek a way to deal with this void in their heart.

How To Overcome Cutting? The first step in overcoming cutting is to admit it to yourself that cutting is really harmful. Next is to admit it to the world to let them know what you are doing to mask your pain. Forgive yourself for whatever reason you might have been inflicting the pain on yourself. Learn a better outlet of emotions and learn to trust others.

Therapy and behavioral modification can be combined to help the person to deal with the internal conflicts in a better way and much healthier way.