The great Indian nation is actually a two faces nation. While we have modern women in cities, we also have gang rapes in rural areas. There was a time when women were confined to home and kitchen and considered inferior to men in Indian society but in recent years things have changed a lot.

THE CHANGE IN INDIA’S STATISTICS OVER THE YEARS Growing rate of literacy has given way to awareness amongst the Indian women. Indian women have gone through various types of social and cultural evils: dowry for marriage, murders for dowry after marriage, child marriages, rapes, physical and mental abuse, domestic violence and much more. Though, India is still not completely free from these evils and crime against women, the scenario is much different from what it was twenty years ago. Modern Indian women now rub shoulders with men in all regions; in fact they have proved to be better than men in many areas. Modern Indian women have left no arena unconquered. Literacy and independence has made them aware of their rights and they raise voice against injustice towards them.

They adorn the highest positions like the President of the country. Some famous women like Kalpana Chawla, Kiran Bedi, Pratibha Patil, Mother Teresa and more have set examples for others. The masters of home are now shaping the country. India is slowly emerging as a nation where modern women are playing significant role in the development. The transition of women in the past few years is worth mentioning. However, the terrific change applies only to modern women, the women who belong to the cities or have moved to the cities, are highly literate and financially independent. Though many Indian women have achieved almost everything they could dream of, a big section is still fighting every day to create equality in minds of men. Many women still need to go a long way to break the social, cultural and political shackles. India displays two faces when it comes to talking about status of women in the society. The cities, where women are ruling over men show a complete different situation when compared to women in the rural or not so developed areas of the country. 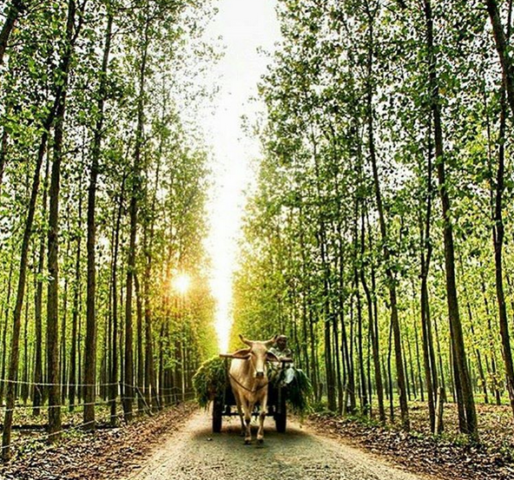 Forget about equality with men, in many rural areas of India, women still live in the ancient times where they are not considered good enough to be treated as a human being. The Indian men find various ways to show their superiority to crush the women in these places. Let’s find out how India displays a dual mentality about women by going through certain incidences. The most prevalent crime against women in rural areas is to brand her as a ‘witch’. This crime is a real blotch on modern Indian society where men and women boast of reaching and conquering the moon. A woman named Pusanidevi Manjhi belonging to village Palani, Jharkhand was declared a witch and was tortured for four days. She was accused of killing a person in the village using black magic. Like many other women branded as a witch, Pusanidevi Manjhi also belonged to a lower caste and was tortured by a landowner family belonging to the upper caste. She was forced to consume human excreta and later killed in front of her two sons who tried hard to save her. This incidence happened in the year 2005 when a modern Indian women Saniya Mirza ( famous Indian tennis player) was named as one of the ’50 heroes of Asia’ by Time.

DALIT WOMEN BEAR THE BRUNT OF ALL SUFFERINGS A similar incidence happened in 1995 in Bholadi village where Chhutni Mahatani was named as a witch and tortured by her brother in law when his child fell ill. These are only examples, every year thousands of rural women, most of them belonging to the lower castes are branded as witch and are tortured or killed for practising witchcraft. Witchcraft torturing and killings include forceful consumption of urine and faeces, naked walking, beatings, gang rapes, breast cutting, head shaving etc. It is well known by all that these witch tortures and killings are generally caste and gender based and the true reason for the killing is hidden behind superstition. The victims are often, poor females belonging to the lower castes and the suppressors belong generally to the upper caste. It is the simplest method used by some upper caste people to show superiority, grab lands, take revenge, and punish those women who question social norms or who try to do any activity that is against their will.

In an incidence that took place on 21st September 2014, a Dalit woman was gang-raped by a 62-year-old doctor and his compounder. The victim had gone to the clinic because she was suffering from ear ache. She and her husband were left unconscious by the two men using some liquid and she only came to know about what had happened to her when she regained consciousness.heart-wrenchinging incidence happened in Birbhum district of West Bengal that saw the brutal gang rape of a 20-year-old tribal woman for indulging into a love affair with a man of another community. The woman was first presented in front of the Kangaroo court who first ordered 50,000 fine and then gang rape as a punishment for the victim. The village headman did not allow even a night’s time for the family of the tribal woman to arrange for the money and when they failed, he ordered gang rape. “If the family does not pay up, go and enjoy yourselves,” is what the headman and the prime accused said. To make the act even more shameful, the victim was placed on a raised bamboo platform so that the rape was viewed by all. Teenagers and some men of her father’s age joined to gang rape her in front of the whole village. Shocking was the reaction of other women of the village who forcefully tried to stop the police enter the village to catch the culprits. They all said that the men had done nothing wrong by punishing her.

A BRIGHTER PICTURE FOR WOMEN? Both these incidences show that women belonging to the lower castes are considered vulnerable by men. Such women are often illiterate and ignorant, completely unaware of their rights and about what is happening in the modern India. Their ignorance sometimes makes them the biggest enemy of another woman who needs support and help from them. Thus, in India the status of women is still a paradox, where for some women only sky is the limit, for many others the even the colour of the sky is still unknown. Indian women still need to travel a long way to be truly equal to men. If India really wants to build gender equality, it will have to start respecting women in bodily form rather than only worshipping her in form of statues and various deities.

Safest Cities For Women to Work In

The man who takes health care to India’s villages