Why are we uncomfortable around women? We could decide on the driving factors to be jealousy and insecurity, but trust me those aren’t enough to explain feelings of discomfort among women. It is a deeper issue that needs to be recognised and arrested in order to do away with feelings of discomfort. This post also answers the question we all hear “What does it mean when a girl is uncomfortable around you?”.

Why does a girl feel uncomfortable around another girl?

Women often take care of people emotionally, and hence be it a romantic relationship or a friendly relationship with another woman, since they are expected to not compete at another’s expense, their competitive spirit can’t be openly shared with other women which leads to the building up of aggression that needs some sort of an outlet. This aggression lets itself out through an unhealthy channel of jealousy and an innate desire for the other to fail, in accompaniment with guilt. But the problem lies in the fact that even though they are expected to feel emotional and hence not compete against another person, they rely more than men on the approval of others to feel good about themselves, and to attain approval and praise they are either driven to compete and feel guilty, fearing criticism from other women or evade competition and grow within oneself envy for other women who stand ahead of them; it could be in regards to success in professional life or personal life. This aptly explains why we are uncomfortable around one another.

WOMEN ARE MORE SENSITIVE TO SOCIAL EXCLUSION THAN MEN 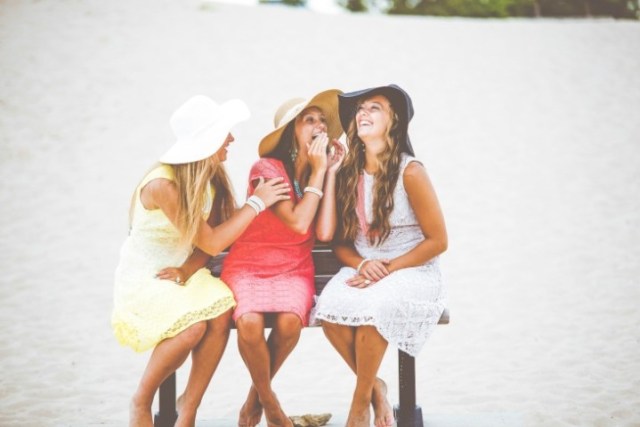 Psychologists on research say that women are more sensitive to social exclusion than men and hence in order to protect themselves from being socially overlooked, they will want to exclude possible threats.  According to research, women during their days in college were reticent in becoming friends with other promiscuous women, while men had no trouble becoming friends with other promiscuous men. Women feel uncomfortable in being in the proximity of promiscuous women because they are considered untrustworthy and unfaithful, as they pose a threat to girls in relationships with other men who might get attracted to these women.

WE ENGAGE IN RELATIONAL AGGRESSION MORE THAN MEN This arises out of the fact that women can’t share their competitive spirit, openly, happily or maybe even jokingly with other women, unlike men who compete on a physical level, knowing that each of them are competing to outdo each other, because they aren’t expected to be sacrificial like women.  We feel uncomfortable because we aren’t honest about our feelings of aggression towards each other, and this often times gives rise to relational aggression which is a kind of aggression where harm is caused indirectly, by damaging someone’s social status or relationships, thus creating a negative attitude among the victim, which is transferred through negative vibes, on to them by the victimiser.

WE’VE BEEN ON THE RECEIVING END OF THESE BEHAVIOURAL PATTERNS

We are uncomfortable around each other because we know how our mind works and we are afraid of falling victim to the workings of our own mind. We know how we want to form an impression in society, and how threatened we feel by other women who may be in a better position than us in some way or the other, guiltily wishing for them to fail. We’re afraid some other woman may be wishing the same for us.

TIPS TO DOING AWAY WITH THE FEELINGS OF DISCOMFORT: Let competition and compassion go hand in hand to create a loving bond between one another. Don’t let feelings of guilt or spite reside within you, and this will automatically help you to be more comfortable in one another’s company.

10 Unjust verdicts about women made in history!

Why is it important for women to travel solo?

Why do women cheat? 5 Reasons!