There were points in history where men took the luxury of making ridiculous statements about women, by virtue of power and domination driven by physical force which contributed to their occupying of a superior status over women – who have throughout history secured eminent positions equal to and in fact more powerful to that of men, possessing powers which are above and beyond physical force.

Mentioned below are some of the most unjust verdicts made about women in history:

“The female is a female by virtue of a certain lack of qualities; we should regard the female nature as afflicted with a natural defectiveness.”

…Seriously? A man is born out of a woman; a woman is born out of a woman. How then can woman be a fragmentation of men? But this is the exact notion that the ancient Greek and Roman civilisation had about women, which existed for years down the line; a belief in line with the story in the bible about Eve being created from one of Adam’s rib. But we believe what we see, and all we’ve seen is how mothers have been giving birth to both men and women for eras. Have never seen a woman coming out of a man, have we? 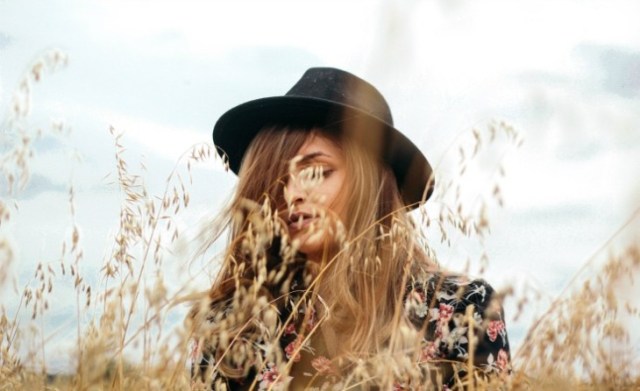 “…A female is deficient and unintentionally caused. For the active power of the semen always seeks to produce a thing completely like itself, something male.”

He goes on to say further that a female is produced either due to the weaker material provided by the female parent which unites with the semen to produce something weaker in nature, or because of external factors like the wind. He compared the birth of women to the birth of monsters – the like of a dog with two heads or a calf with five legs and so on.

“Nature intended women to be our slaves…they are our property; we are not theirs. They belong to us, just as a tree that bears fruit belongs to a gardener… Women are nothing more than machines for producing children.”

Men had the physical strength to keep women under domination, but in truth they knew how powerful women were which they secretly feared. They knew they had to depend on women for a lot of things including – an heir to their kingdom. “Woman is a violent and uncontrolled animal, and it is useless to let go the reins and then expect her not to kick over the traces. You must keep her on a tight rein… Once they have achieved equality, they will be your masters.”

You try to keep in bars what you fear and want to dominate. There was the formation of the Oppian law in Rome in 195 BC, which had placed extreme restrictions on women’s behaviour and dress code, and on protest, women had succeeded in repealing the law; hence was foul mouthed by the ‘gentleman’ Cato the elder.

“On the approach of a woman in this state, must will become sour, seeds which are touched by her become sterile, grafts wither away, garden plants are parched up, and the fruit will fall from the tree beneath which she sits.”

Among much hideous documentation that Pliny made in his Natural Histories this is one of those ridiculous notions. There was a concept of menstrual blood being akin to witchcraft and power in many cultures but the ancient Greece belief was that menstrual blood was deadly and poisonous, that which Pliny the elder held up as true.

WOMEN SHOULD ONLY POSSESS EMOTIONS FOR MEN – THOUGHT PLUTARCH “A wife should have no feelings of her own, but share her husband’s seriousness and sport, his anxiety and his laughter.”

WOMEN ARE THE WEAKER SECTION OF HUMAN-KIND – BELIEVED FRIEDRICH NIETZSCHE

“Finally – woman! One half of mankind is weak, typically sick, changeable, inconstant – woman needs a religion of weakness that glorifies being weak, loving, being humbled as divine.”

Friedrich Nietzsche had been criticised by several scholars for his demeaning attitude towards women.

WOMEN SHOULD BE TAUGHT ONLY ABOUT MEN – SAID ROUSSEAU

“The whole education of women ought to be relative to men. To please them, to be useful to them, to make themselves loved and honoured by them, to educate them when young, to care for them when grown, to council them, to console them…these are the duties of women at all times, and should be taught them from their infancy.”

There was an imaginary woman called Sophie in Rousseau’s life, and he had expected her to follow his idea of education for women. She would be the role model for other women. “The sexual life of adult women is a ‘dark continent’ for psychology.”

Sigmund Freud even though wrote about men’s psychology he understood nothing about women, he never figured as to “what women want”, so he conveniently decided to disregard women’s sexuality as dark, mysterious and obscure.

“Men are governed by lines of intellect – women: by curves of emotion.”

Well, emotions too are driven by intellect. It is strange how a literary genius as great as James Joyce could come up with such an un-intellectual verdict as this.

Men disregarded women as inferior beings, for one is insecure of the abilities of that which one can’t decipher.