Picture a Scorpion and a Crab sitting by the beach, enjoying the waves as the moon shines brightly at the horizon. Pretty picture, right? But somewhat strange given the two subjects. But if this were a moonless night, you would’ve seen the crab inside his shell while the scorpion was stinging it with the intent to break the shell. Do you see yourself and your partner in this comparison? If you happen to be a Scorpio woman in love with a Cancer Man, these ups and downs have become natural for your relationship. If you have just started seeing each other, however, I have a few tips on your compatibility that you must read to make it work! Here’s a relationship between a cardinal sign that is supposed to lead; and a fixed sign which does not follow. A man whose moods are ruled by the Moon. And a woman whose ruling planet Pluto signifies deception. They might seem like the worst match ever made.

But these two stays together long after all other stories have faded from memory. Both of them worship love. Whether it be love for their partner or family. They share the same enthusiasm for starting a family and are always on the same page when it comes to taking the next step.

Their harmonious union, if they so desire, will culminate with children with blessed souls. Neither can live without the other. For no one can treat the Scorpio woman with as much respect and care as this man. And no one can understand the Cancer man’s dreams like the Scorpio lady does.

It’s not easy to seduce the cancer man, but there will be an instant attraction between these two when they first meet. Whether this will be a romantic attraction or not depends on the two individuals. But they will certainly gravitate towards one another. There are many reasons that lead to this attraction at first sight between these two zodiac signs.

The cancer man is all about giving love. The Scorpio woman struggles with expressing her emotions right and most of the time does not receive the love she deserves. These two can thus, balance each other’s love. She will eventually learn to express in his language too. While neither of them trusts easily, they can both detect dishonesty from miles away. Their mutual dislike for dishonesty helps keep them loyal to one another. Neither of them is very good at communication.

Their relationship builds from their ability to communicate with one another. While this might be a problem initially it does work out to be a bond like nothing either of them has ever known. Their curiosity and appreciation of intellect bring them together. They never run out of things that can be discussed. They always find something new to learn from each other every day.

Both of them gravitate towards security and stability. This means that they have similar notions about how the money should be managed or how the house needs to be run. They will seldom differ on these matters. 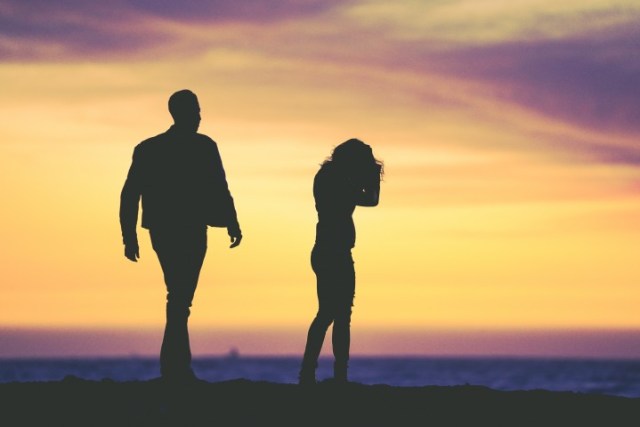 While this match is among the most harmonious, no relationship is without its problems. Most of their problems arise due to the difference in the expression of strong emotions. Let’s take anger for starters. The Scorpio woman lashes out when angered. The Cancer man, on the other hand, recedes back into his shell. Each wants the other to respond to anger in their own way and this leads to more frustration.

The Cancer man is cautious by nature. The Scorpio woman likes to hit first and then ask the questions. When making important decisions this causes problems. His caution frustrates her, and this leads to the crab and Scorpion battle when there is no moon.

His casual sense of humor and her inability to take a joke like it becomes a problem. She will laugh with him when the butt of the joke is something else. But should he make fun of her, she will lash out. She has learned to defend herself against all forms of disrespect. So, even if a joke wasn’t meant as disrespect, she wouldn’t take well to it.

A seven-letter word that can cause real trouble between these two is ‘secrets’. Neither of them takes well to sharing their secrets. Just as they can’t bear the other person keeping things from them. Their inability to share secrets can cause major problems in their relationship.

If either of them fails at expressing love the other will grow cold. They need to constantly ensure that the romance keeps flowing or else their relationship will end faster than the next turn of the moon.

The dating period of this relationship will lay the groundwork for what’s to come in the future. Should they work out the nuances now, they are in for a lifetime of happiness and harmony. The chemistry between these two zodiac signs is affected by several factors. Their energy is contagious.

Both the Scorpio women and the Cancer men are able to sync these energies in love. This leads to some very prosperous moments in their relationship. Further, their geniality brings them closer. This dedication towards friendship is what keeps them going even when there are differences that arise due to a difference in personalities. Each knows that in friendship one has to give the other space to be themselves and grow.

Another aspect of friendship that they worship is loyalty. They have similar views on what loyalty should mean in a relationship. This also allows them to feel respected by the other person, further strengthening their bond.

Emotions play a significant role in each of their lives. While the Cancer man is good at expressing and reading emotions, the Scorpio woman needs someone who can read her emotions and teach her how to express them well. This emotional balance in their relationship comes to full circle and leads to the flow of positive energy. When they find the perfect partner in one another they discover the ability to create and imagine together. This leads to some very productive ideas that benefit both parties.

Is Marriage between a Cancer Man and a Scorpio Woman a Good Idea? Marriage is a tricky slope some might say. But with these two zodiac signs, it comes as a natural. The problems between the two can be sorted if they can work out communication. Once they establish strong communication chances of fights becomes very bleak.

As far as raising a family goes, they make a great team. They align with most things when it comes to decisions for the family. They will instill a deep sense of love in their children and mostly the children that come from this union are beautiful in body and mind. Their shared family values also allow them to respect each other’s families. The Cancer man judges most women by comparing them to his mother. His mother will most certainly approve of the Scorpio female, that will add to the harmony of their union.

The 5:9 vibration pattern between these signs makes the probability of separation or divorce almost negligible. Very rare Scorpio and Cancer pairs seek divorce or separation. That too happens if other influences in their charts dominate the union.

There are some matches that are made in heaven. There are others that are made on earth. When both are between people who understand one another, they work out wonders. If you believe that your Cancer man is the love of your life, I have just handed to you the key to turning your union into a heavenly bliss. Good luck!