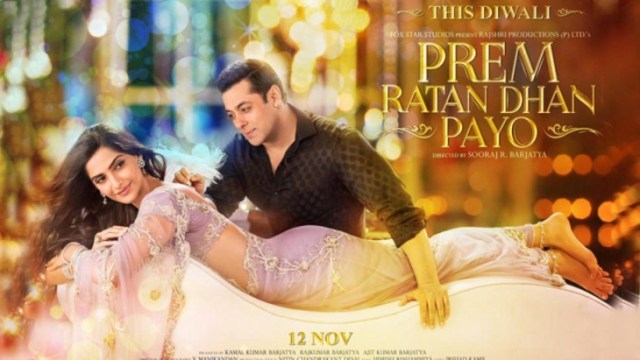 The upcoming Bollywood blockbuster “Prem Ratan Dhan Payo” is a family drama film directed by Sooraj Barjatya. The film features Salman Khan as the lead actor and it is a comeback of the most loved character “Prem” which will be played by Salman Khan for the 15th time. The female role is performed by the gorgeous fashionista Sonam Kapoor.

Set to become the biggest release of the Indian cinema, the movie narrates the story of Prem Dilwala who is an innocent and a charitable man. Whatever he earns through his “Ramleelas- stage plays on Lord Ram”, he donates it to a charitable fund, which is run by a beautiful princess, Maithili. Curious to know why a princess is carrying out such a noble deed, Prem embarks on a mission of meeting the princess, expressing his earnest respect and deep gratitude.

Salman Khan will be playing a double role in the film. One as an ideal king Vijay, who is loved by his people. Vijay is genuinely concerned about the grievances of the people and makes the right decisions. The other role will be of a common man who meets Maithili and falls in love with her.

The film resembles the story of the novel The Prince and The Pauper by Mark Twain. The film is said to be inspired from Anthony Hope’s novel- The Prisoner of Zenda which was published in 1895, a full 151 years to the date of the release of Prem Ratan Dhan Payo. The adventure novel was adapted for screen thrice, in 1937, 1952 and 1979. 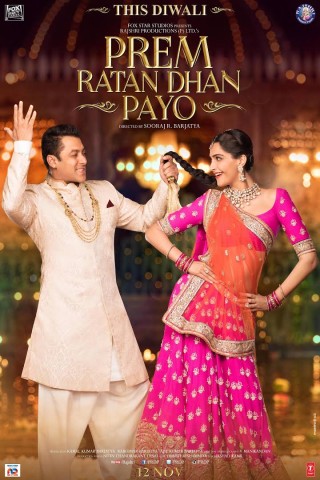 Box office predicted the first day collection of Prem Ratan Dhan Payo to be rupees 250-300 crore. Salman Khan says, his movie is a full on entertainment film. People should watch the film with their families. It is not about box office collections and promotions.

Music directors Himesh Reshammiya and Sanjoy Chowdhury have done a splendid job. The classic romantic songs rich in colorful visuals will strike a romantic chord of your heart. The trailer of the film will take you to the days of “Hum Dil De Chucke Sanam”, with Sonam playing the lead role.