“There is always some madness in love. But there is also always some reason in madness.” You read all these blogs about love every day and probably wonder, what kind of people are those to whom things like that happen. Often, I find people wondering why they are single, when in fact, they have been pushing love away all their life. As to why you do that, is a complicated question. But what is simple is that a few basic characteristics govern most of us. These traits are derived from the zodiac sign that we are born under and control most of our love life. So, want to know why you push love away? Here’s a blog with that answer, based on your zodiac sign. People born of this zodiac know that they deserve the best that this world has to offer. So, they always keep looking for the one who stands out. In this process, they neglect what’s best for themselves, and often find some fault or the other in those who come their way. Another important factor is their inability to act patiently. Everything has to happen right now. If it doesn’t Aries don’t have the patience of going through with it. They can’t stand not-knowing. They might not poke their nose into other people’s business. But they sure as hell HAVE to know what’s going on with things that they are concerned with.

It’s the fear of love that keeps people born under this zodiac from love. It doesn’t matter whether it is their own past experience or that of the people around them. They need to know that love can hurt and they’ll run away at the speed of light. They are thinkers and have to analyze everything before taking a decision. Even if they find the love of their life they’ll think twice about it. The bull doesn’t charge head first into everything. Only when their lovers assure them of their loyalty, through words or loyalty, do they consider the relationship.

The dual nature of this zodiac is a problem not for others, but also for themselves. They cannot predict how they will react to things and thus, always live under the fear of messing things up. This fear makes them refrain from falling in love. Geminis are not known to be risk takers. Thus, they would rather not be in love than struggle with it. Even the most stable of those born of this zodiac will find themselves acting irrationally and unpredictably in situations. They are like a ticking atom bomb. Should this bomb explode, the relationship will blow off with it.

The sensitivity of this zodiac gets to their love life as well. For those who know a Cancerian, being a lover probably seems like a second nature of theirs. It is, you aren’t wrong about that. But the problem you see is the fact that they hate to see others hurting. They aren’t scared of the idea of comforting someone in pain. What they can’t stand is causing that pain. People of this zodiac know that they would never consciously hurt anyone. It’s the unconscious self that they are afraid of. Thus, rather than falling in love and enjoying the good things about it, they prefer to stay single and be of service to all those in need. If only all guys were born under this sign!

I love to use the Lion as an analogy for everything Leo. Not only is this animal the symbol of this zodiac, the regally portrayed Lion does very often describe this zodiac very well. So, let’s begin. How does one picture a king? In control of everything and all, right? How would a king feel about giving up this position? History suggests, not good at all. Same is how Leos look at love. They feel like love will take control of their life. Take over their personal life and they don’t know what to do except lash out. For my dear Leo who is reading this, love is not supposed to take control of you. It is supposed to be by your side through thick and thin. 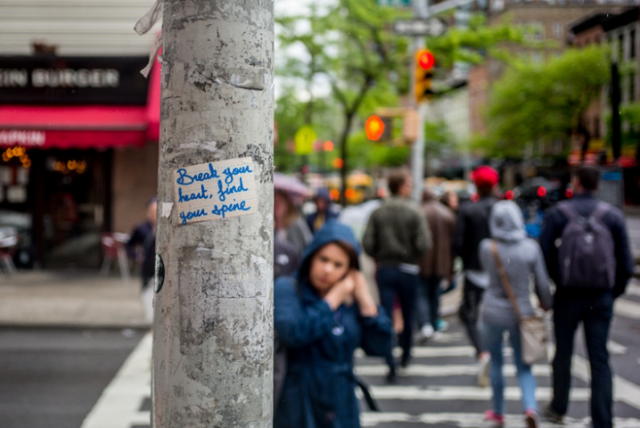 Virgoes can be very critical of everyone and everything around them. Makes one wonder, how would they feel if they get criticised? End your inquisition right there. They are their biggest critics. This self-criticism is what stops them from letting love in. the people born of this zodiac always feel that they need to deserve what they get. So, when the question of love arises they cannot forgive themselves for their past mistakes. They always feel that what they have done before will come back and ruin what you have in the present. Learn to forgive yourself. The fact that you acknowledge your mistakes is proof enough of the fact that you will work on them.

Librans are the kindest of all zodiac signs. They are known for spreading love like no other zodiac. There is only one person that they haven’t learned to love. Themselves. They always feel that they don’t deserve the love they are getting and thus, keep running from it. Not because they have committed some mistakes in the past, but just because they don’t consider their meager existence worthy of such reward. You cannot go on unless you learn to love yourself Librans. Not only will this help your personality, but also, increase your ability to love others.

The scorpions are always ready to sting those who get too close. It may not seem like it but people born under this zodiac are very sensitive. They might not be sensitive towards those around them (till they are put in a situation as them) but are very sensitive about their own selves. Thus, it takes them a very long time to trust someone. Whenever someone tries to get closer to them they begin doubting their intentions. If people don’t accurately judge the distance from which they are supposed to show their affections to a Scorpion, they might get stung.

The free-spirited Sagittarius cannot think of being trapped by something like love. Unlike Leos, they aren’t scared of it taking over them. They can’t stand being static. People born to this zodiac like to keep things moving. Thus, the idea of something that holds one down and pins them to the ground, is unimaginable. Whenever they get close to anything that resembles commitment, they panic. They panic and break into a run, to get as far away as possible. The way out of this kind of behavior is to look for someone who can run alongside you. at the same pace as yours.

People born of this zodiac are very impressionable. The thing about the goat is that it remembers. It remembers and it relates and it doesn’t think things can be better. Thus, if a Capricorn has been hurt many times in the past, they will stay away from love. If they have been single for far too long, they wouldn’t let anything hurt their solitary paradise. They were never known to be fair in their judgment, were they? So, the Capricorn will always run away from whatever stands to even remotely threaten their happiness. Or their supposed state of happiness. 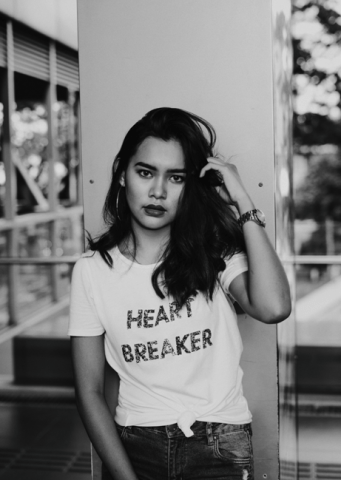 Aquarians stand out in whatever they do. So, why shouldn’t those they choose to love? Not to say that they will fall only for other Aquarians. They found them the most generic of all. Weird, right? The Aquarians have very high and set-in-stone standards for those they will fall in love. Anyone who doesn’t come close by even a single percent is not worth taking a chance on. While this isn’t a bad approach, they need to understand that accepting someone’s flaws is not settling. If you have found someone genuinely worthy of your love, their drawbacks will probably not even matter to you in the long run.

You are a zodiac that is quick to love. This isn’t a weakness, but it sure makes you vulnerable to predators. Now the wise Piscean does everything with due consideration. Once bitten, twice shy, right? But remember that you have something very powerful, that no other zodiac does. Your Wits. Trust those well-developed instincts of yours and try and put your feelings on a leash. Understand the one offering the promise of love to you, and you are sure to figure out what is best for you. No one wants to be hurt, and I understand that you don’t either. But taking a risk doesn’t always have to mean leaping into a dark abyss either.